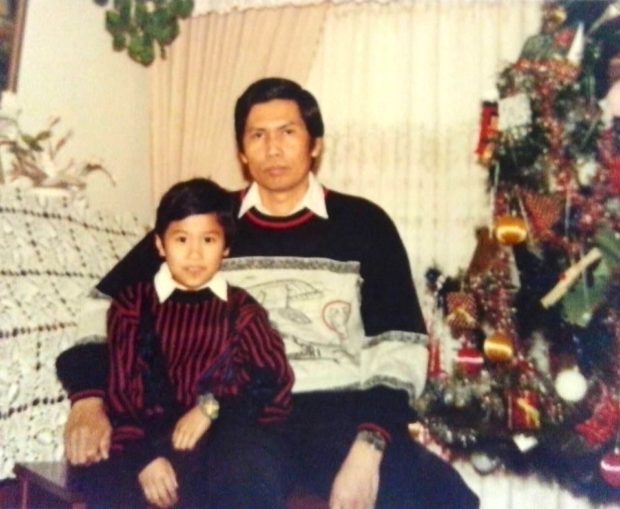 A young Fernando Cabading and dad, Ferdinand, taken in 1990. CONTRIBUTED

From your first dance, attending recognition day, building a basketball court that took three years it almost ruined your interest in the sports to fixing cars and almost everything we learned to survive we learned from our fathers.

Fathers are pillars of life. They are the stern ones, the disciplinarians, those we look up to.  A father can be a friend, confidante, folklore, and superhero.

How do you remember your father?

‘My dad is different. He fixes everything. He built a cabinet, a bar, a home, everything even if it took a lot of time to do it. I know when he’s mad because he doesn’t talk to me. But he never yells,” Canadian-born Fernando Cabading says.

His “different” dad is Ferdinand Cabading, an immigrant in Canada who grew up in a small town in the Philippines right after World War II. Although they now live far from each other, Fernando sees to it that his two kids spend a couple of nights at his parents’ home in Ajax, Toronto at least every month.

“When I was 12 years old, I really wanted to play in a basketball league. But my dad did not allow me because I had to practice every day. He was working two jobs then. I got into taekwando instead because it was only on weekends,” Fernando recalls.

Sensing that Fernando was disappointed, Ferdinand built him a basketball court, which took almost three years because he worked on it only during his day-offs.

Despite failing his parents’ dream for him to finish a university degree, Fernando says that his father supports his various business endeavors. But the most important lesson from his father is, when something is broken, fix it – a car, a relationship, a life.

“If there is one thing I can say to my father it would be that I hope one day I could be as great a father that he was to me. I have a lot to live up to that for the sacrifices he made for me,” Fernando says.

‘Not the hugging type’

Kathryn Liboro describes her father Vicente Camandang, a former politician in their hometown in Mindoro, not as the “perfect one that she wished for,” but still very loving and caring, even though he’s not the hugging or kissing type. Although her father lives in the Philippines, they have Facetime every day. 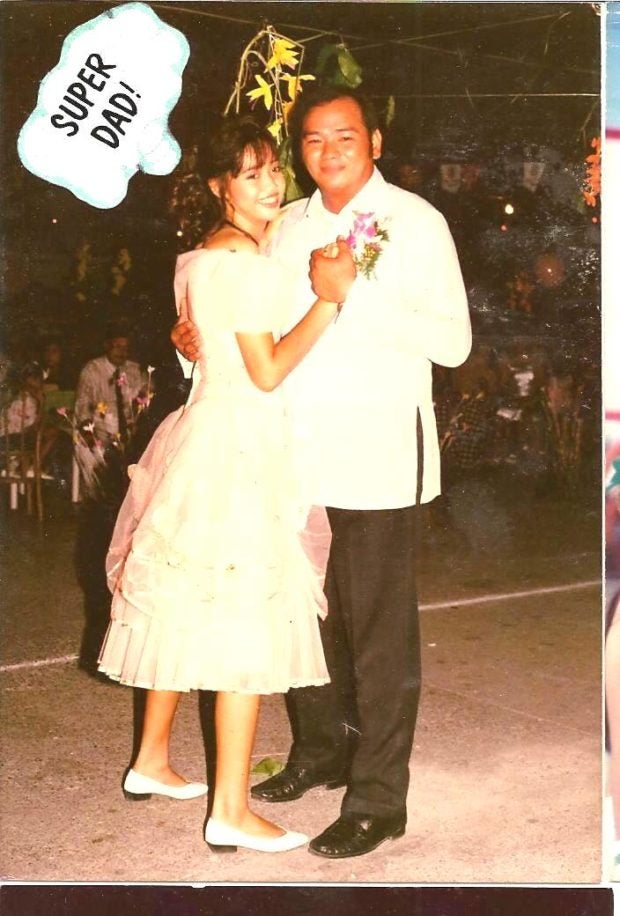 Kathryn Liboro and her father, Vicente Camandang, during the town fiesta. CONTRIBUTED

Despite political connections in their province, Kathryn and her siblings never used them for personal gains. Instead they worked hard to find their niche in America.

Kathryn admits she was “Papa’s girl,” being the eldest daughter. But she wasn’t a perfect daughter. She got pregnant before she graduated from college. “When I introduced him to his first grandson, all the frustrations and anger he had with me were gone. Right then I knew he had forgiven me.”

Not all of us are fortunate to spend time with their dads.

Marvin Bionat describes his father as a kind of superhero, and a folklore. His father, Bienvenido, a sergeant in the Philippine Army and was with the US Armed Forces in the Far East (USAFFE), died of cirrhosis when Marvin was only four. He says that his handwriting was similar to that of Jose Rizal’s.

“My mother talked about someone who would do the right thing in the face of challenges. There was once a fire in the neighborhood, and he was in the middle of it — climbing the roof to put it out, forsaking risk to do the right thing. Both my mother and Lola claimed he memorized the English dictionary. Except for a military manual, he didn’t really write. But every time I open my Webster’s I still think of him,” relates Marvin. 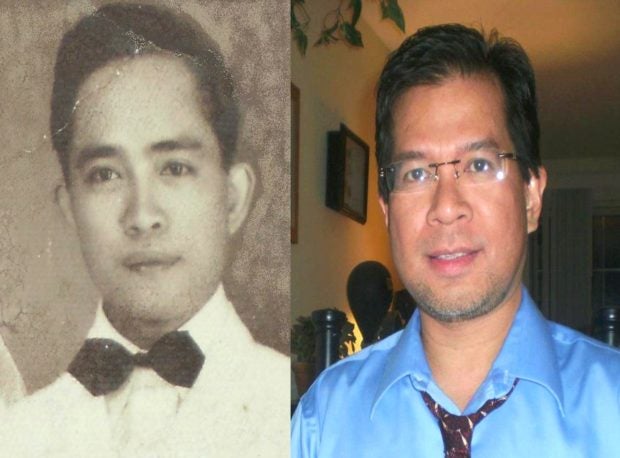 Although it has been decades since his father’s passing,Marvin still remembers his sleeveless white shirt with holes in it. Then at the hospital bed saying goodbye. His mother promised him that when a rosal bloomed, its scent would bring his father home. Seasons changed and the rosals’ fragrant scent filled the garden, yet his father didn’t come home. Marvin realized then that his father was dead and would never come home.

“I remember bouts of deep sadness and anger over the fact that Tatay is never coming back, and anger at the false claim that a flower’s fragrance can resurrect the dead.”

Josie Moralidad Ziman, a White House correspondent, says that her father’s death almost ruined relationships within the family. Her father died when she was seven. She remembers Francisco as tall and mestizo, but she never had a picture with him. 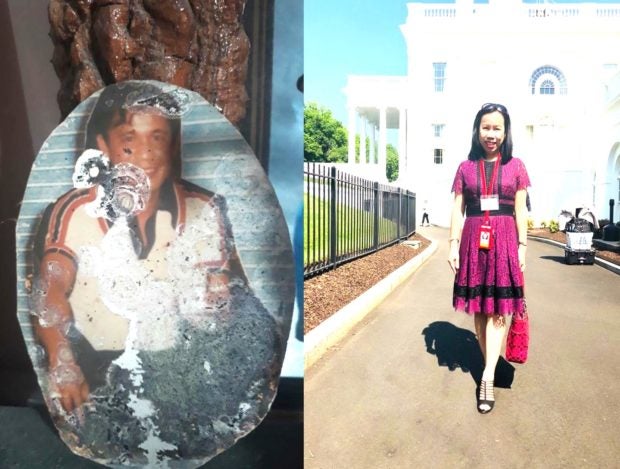 “My father died in his sleep while at sea. He was a seaman. My father’s family blamed my mother,” Josie says.

Josie remembers her father attending her Recognition Day when she was seven years old. It was the last event in her life that her father would be present.

Since her mother left to work in the Middle East, Josie and her siblings learned to be independent early on. The absence of a father image made her look for a father figure in her relationships with men.

It’s fortunate if Homer Credo shows up at her daughter Jazz’s special days, like Recognition Day. Now a nurse and back in the Philippines, studying for her master’s, Jazz realizes that her father was preparing her for a life of independence. 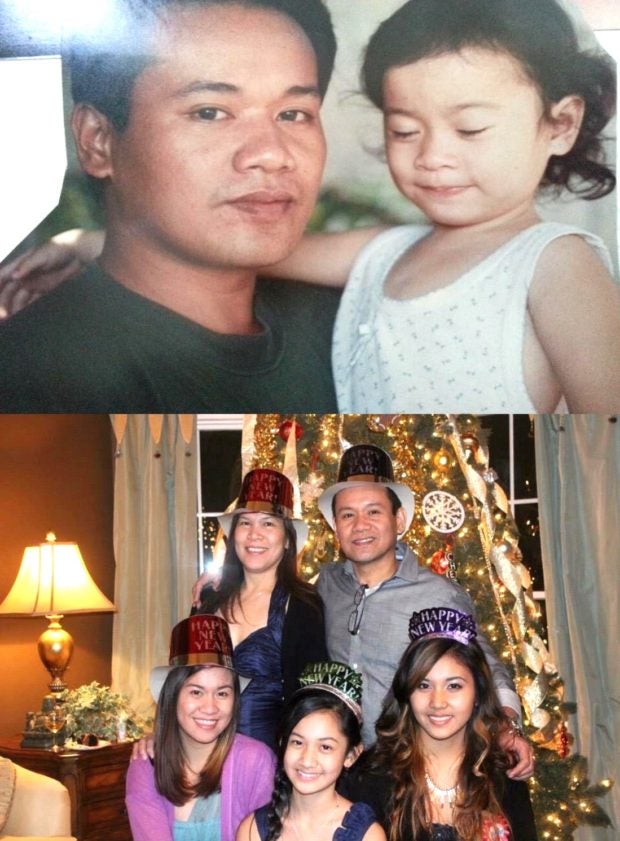 Jazz says she inherited her bubbliness from her father, but the most important lesson she learned from him is independence, the ability to cope with stress, and staying positive despite difficulties.

“My Tatay’s absence had taught us how to accomplish our dreams with perseverance and determination. We survived the hardships and we learned how to be strong and independent kids. I want to tell Tatay that I married a very loving and a wonderful person, but I will always keep him in my heart,” Josie says.