LOS ANGELES — After the 2016 election of President Donald Trump, many people sought to become more involved in politics around the country. With heightened attention on immigration, the gun debate, and the worsening partisan discourse, the urge to improve the historically low voter turnout during midterm elections heightened this year.

On Tuesday, June 5, all eyes were on California, whose electorate voted on a number of government positions and districts with key races that have the potential to flip seats in the general election. In California’s primaries, the two candidates with the most votes advance to the November election regardless of party, so many of the races will have candidates of the same party running against each other in November. The Green Party’s Kenneth Mejia will be vying for a congressional seat in November. Green Party

All votes have not yet been counted as of press time, but it was a successful election for some Filipino American political hopefuls who advanced to the general election.

Mejia, who is running in the district that comprises the eastern region of Los Angeles, is running a campaign inspired by Bernie Sanders progressivism. In 2016, he quit his six-figure-a-year job in accounting and finance to run for office. Inspired by his mother’s battle with cancer, he has made quality health care, college affordability, and steering clear from corporate interests the cornerstones of his progressive campaign. 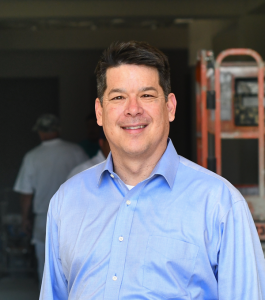 Fil-Am Democrat TJ Cox will face off with a Republican incumbent in November.

Mejia chose to run under the Green Party rather than the Democratic Party because he was inspired by the party’s 2016 presidential candidate, Jill Stein, who created a space for jaded Sanders supporters who weren’t willing to vote for Hillary Clinton or Trump.

“Because of [Stein] I realized the Democratic Party never represented me,” Mejia told Huffington Post in April, saying that Stein fought for legal status for all immigrants, canceling student debt, and universal health care. “When I saw Jill Stein actively fighting for these things that most Americans want, I knew that the Green Party was the right place for me.”

The Central Valley also saw a Fil-Am advance to November in Democrat businessman and engineer TJ Cox of Selma, who won 37 percent of the vote for the 21st congressional district and will face off against incumbent Rep. David Valadao, a Republican, who won 63 percent of the vote, according to 23ABC Bakersfield.

TJ Cox, who is half-Filipino, got into the race late, replacing Bakersfield attorney Emilio Huerta as the sole Democrat on the ballot. By mid-May he had raised $500,000 and has the support of the Democratic Congressional Campaign Committee’s (DCCC) “Red to Blue” program, an initiative that provides additional resources to candidates in swing districts. 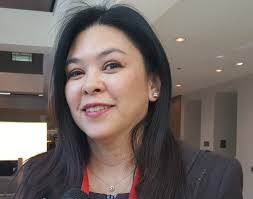 Filipina American Cristina Osmeña also advanced to the general election in the race for California’s 14th congressional district, pitting her against veteran Democrat Rep. Jackie Speier, the incumbent. Osmeña, who belongs to the Osmeña political family of Cebu, is running on a Republican ticket and has made immigration a key issue on her platform.

Osmeña understands that unseating Speier will be an uphill battle, but she also knows that she represents the changing American demographic.

“I want voters to think that the odds are against me. I have the element of surprise on my side. I want to be underestimated. This type of situation appeals to me,” Osmeña was quoted by the INQUIRER.net. “I am an immigrant and a political refugee. It is front and center in how I am describing myself, which is absolutely true. Republicans adore the Founding Fathers and the flag and freedom. These ideas don’t have a skin color.”