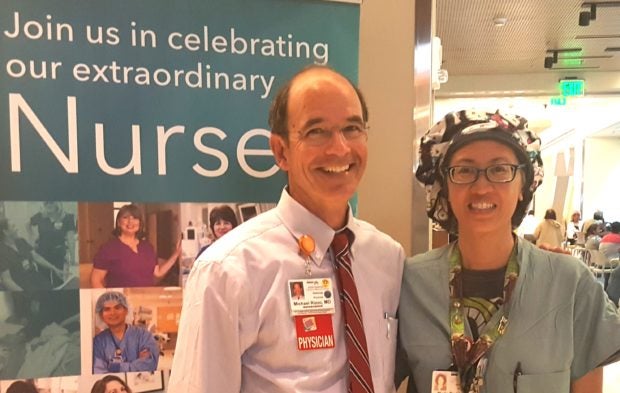 Noted Kaiser Hospital in Oakland Radiologist Dr. Michael Rizzo (left) vouches for the dedication for work that Filipina nurse Marlo Rodriguez would bring to the Oakland City Council should she win. INQUIRER/Jun Nucum

OAKLAND, California — The city of Oakland, the third biggest city in the San Francisco Bay Area and the eighth in California, has not had one city councilmember of Filipino descent in recent memory.This is what a first-generation Filipina American registered nurse wants to change.

Marlo Rodriguez is running to represent city’s 6th District in the next November elections.

“To my knowledge, I would become the first Filipino to be on the City Council (should I win). There was a Chinese woman Jean Quan as City Council several years back, who later became Mayor,” said New Orleans, Louisiana-born and raised Rodriguez.

“I want to fill the ‘dream gap.’ Young girls and Asians need to see role models to be inspired, and see that they too can become leaders. I want to be a voice for those who do not have representation and those marginalized. Asians comprise 16.5% in of the population in Oakland, yet there are no Asians on the City Council. I believe that all people need to be represented regardless of race, gender, sexual orientation, political or religious views.”

Rodriguez believes that the 6th District has a really divisive figure representing it in incumbent, Councilmember Desley Brooks, who has figured in a number of fractious controversies.

Rodriguez says she will bring respect and collaboration to the table because her biggest assets include her ability to “listen and consider opposing viewpoints.”

“It is important to show our Pinoy Power and make Filipinos proud like when Rob Bonta won as California Assemblymember for the 18th District,” Rodriguez stressed. “I decided to run, because I know I could make a difference. It took a lot of courage, to make that decision, to put myself out there. That decision to put my life under public scrutiny was not easy. This is my calling, to become a public servant. I will do my best to lead with humility and integrity.” 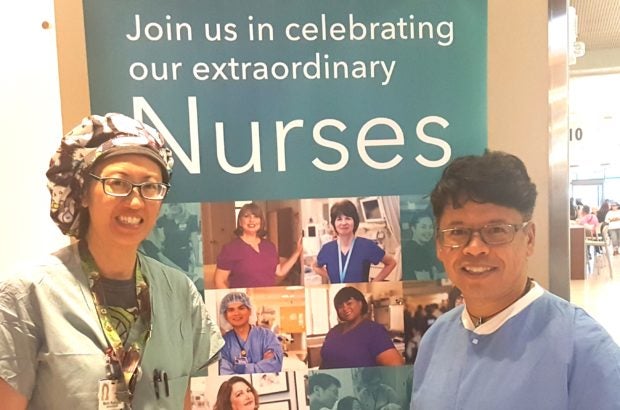 Nurse Marlo Rodriguez (left) is strongly endorsed as a Filipina “nurse with a heart for the less fortunate” by her supervisor Luis Manila (right), a Filipino director for Interventional Services of Kaiser Hospital in Oakland. INQUIRER/Jun Nucum

Her parents, Mario (who has a Ph.D. in Biochemistry) and Edna (a pediatric dentist), came to America from the Philippines to pursue their education. “They both started their own Filipino organizations in Louisiana and in so doing, they instilled in me the democratic values to help others in the community,” Rodriguez explained her passion for helping others.

Her neighbors who want a better, more progressive, and safe district were the driving forces that made her run, she admitted. But Rodriguez also considers the lack of affordable housing, which leads to homelessness, among the more serious serious problems pushing people out of her neighborhood.

She wants to emphasize that one’s job in government is public service, not about abusing one’s power or enriching one’s pocketbook.

“My campaign slogan is Bring Out the Best in Oakland! I am running a positive campaign. I want to build community, foster better relations within the community, the police force, and bring resources, housing, and commerce to our district. I am also focused on building community, not just projects, while also concerned about the environment, green initiatives, fiscal budgeting, building commerce, and creating streams of jobs and income for the city,” Rodriguez spelled out. “As a first-generation immigrant, I am concerned about Immigrants, DACA, and issues surrounding the marginalized immigrant populations.”

Rodriguez is also batting for new blood to participate in government to combat cronyism. She vows to for Council term limits to prevent members of the Council serving as long as 25 years and preserving the status quo.

“I would engage with the Filipinos to uncover their specific needs. I know there are 203 Filipino households in District 6 and I welcome my Filipino brothers and sisters, to hear their voices,” promised Rodriguez.

Rodriguez admits being the underdog in the race as the incumbent usually has an advantage with a lot of hardcore supporters while other candidates have major political endorsements. She still has to raise enough funds to make herself known to the voters in her district.

Rodriguez plans to overcome her disadvantages through grassroots organization, building coalition among neighbors, and reaching out to Filipino allies like Bonta.

“I want people to get to know me. I know that I am a heart candidate for I truly care about Oakland and my neighbors. I am working every day to understand and uncover the history and the current policies that are driving our city, and finding solutions and funding to create a positive wave of engagement with community and government.

Among her main concerns for her district, Rodriguez listed stopping human trafficking and homelessness.

It has been reported that the average age of a trafficked child in Oakland is eleven. Rodrigues recommends intensified push for education so would-be victims would not easily fall prey to traffickers or be trapped in abusive lives. She prescribes rehabilitation and meaningful jobs for trafficking victims.

She also wants to increase services to help people get off of the streets–programs to address mental health issues, drug rehabilitation services, job training, and the more important need for affordable housing. She proposes to bring in all of the stakeholders – the city council, the mayor, city planning and permits department, the renters coalition, developers – to solve these huge problems.