May the best man win?  Philip (left, played by Paulo Avelino) confronts Wado (Derek Ramsay) in a scene from “Kasal” (The Wedding). CONTRIBUTED

The New York Times reported on the top 20 movies at the box office in the U.S. and Canada during Memorial Day weekend in the U.S. (May 25-28).

“Kasal,” from ABS-CBN Film Productions, Inc. (Star Cinema), ranked 19th and has already earned $329,153 from 57 locations in its first week of showing at U.S. and Canadian theaters.  Its average receipt per location is at $5,775 in 57 theaters. 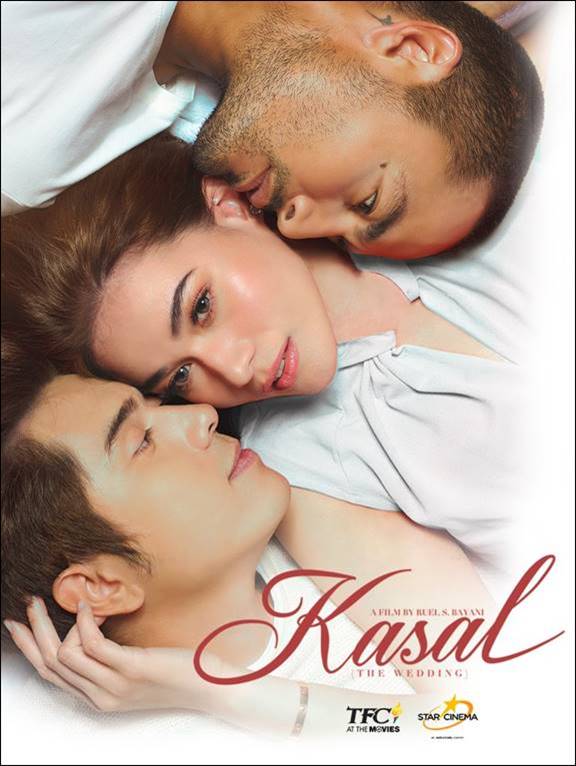 The top 20 movies at U.S. and Canadian theaters from Friday (May 25) through Monday (May 28) — that included the films’ distribution studios, gross for the weekend, number of theater locations, average receipts per location, total gross and number of weeks in release — were compiled by comScore, the recognized global leader in cross-platform measurement of audiences, advertising and consumer behavior.

“Kasal” tells the story of a public-school teacher, Lia (Alonzo), who enters the world of politics after being engaged to Philip (Avelino), a mayoral candidate in the highly urbanized City of Cebu in the Philippines. Their relationship is shaken, however, when Lia’s ex-boyfriend, Wado (Ramsay), does everything he can to win her back, even if it means exposing Philip’s real identity.

As described by director Ruel S. Bayani (“No Other Woman” in 2011, “One More Try” in 2012) to ABS-CBN News: “One wants to stop the wedding, one wants to proceed with the wedding and there’s a woman between them who is trying to decide who to choose which wedding to go to. So, the movie is about difficult choices.”

The writing team behind “Kasal” is Kriz G. Gazmen for the story and Patrick John Valencia for screenplay.

“Kasal” is now on its third blockbuster week and is still showing in 170 cinemas worldwide.