FBI agent whose gun went off at nightclub tested for alcohol 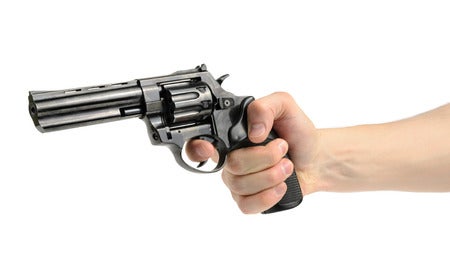 DENVER — Denver police say they’re awaiting lab results to help determine if an off-duty FBI agent could face charges after accidentally firing a weapon that dropped out of its holster while he was dancing at a nightclub.

Police say in a statement Monday that they want to determine if alcohol was a factor.

Prosecutors will determine whether the agent will face any charges in the shooting that wounded another man. The victim was taken to a hospital in good condition.

Police have said the agent was dancing at the downtown club early Saturday when the gun fell from the agent’s waistband holster onto the floor. The firearm went off when the agent picked it up.

His name has not been released. The Denver FBI has declined to comment. MKH

LOOK: Somebody’s gun got pierced through car bumper in Washington

WATCH: Pregnant mom with family kicked out of Disney cruise by armed men — because she was ‘too pregnant’