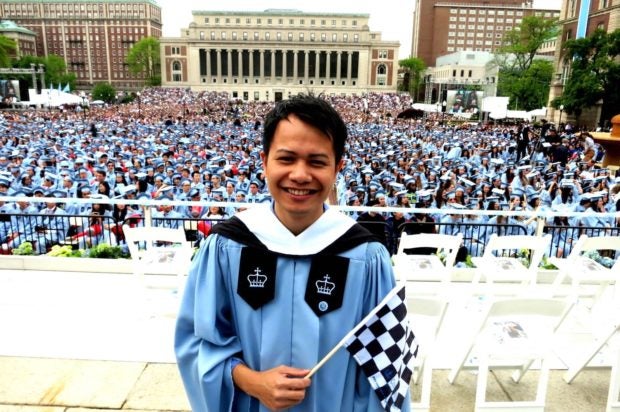 This is why Aries Dela Cruz, founder of the Filipino American Democratic Club of New York (Fil-Am Dems), says having a coherent political voice is critical in getting much-needed resources flowing to the community. Thus, his dream has always been for the Fil-Am community to have one voice in the political arena.

It’s something the next leader of Fil-Am Dems will have to pursue, however, because Dela Cruz has been appointed N.Y. Governor Andrew Cuomo’s Manhattan regional representative. By being Cuomo’s cabinet, the 33-year-old, the Fil-Am Dems founder is now the highest-ranking Filipino American state official in New York City.

“My job is to be primary liaison with all the elected officials in Manhattan,” Dela Cruz, an anthropology graduate of Columbia University, said in a recent interview.

“That includes the borough president, the city council and, occasionally, the state legislators. What we do as regional reps is we present awards [and] proclamations, but we also have governmental functions. Like when things happen with the environment or with the state health department if there’s an issue with nursing homes, there’s labor issues, we have to do that. And then there’s the hard stuff which is less glamorous. I like both of them equally,” Dela Cruz added. 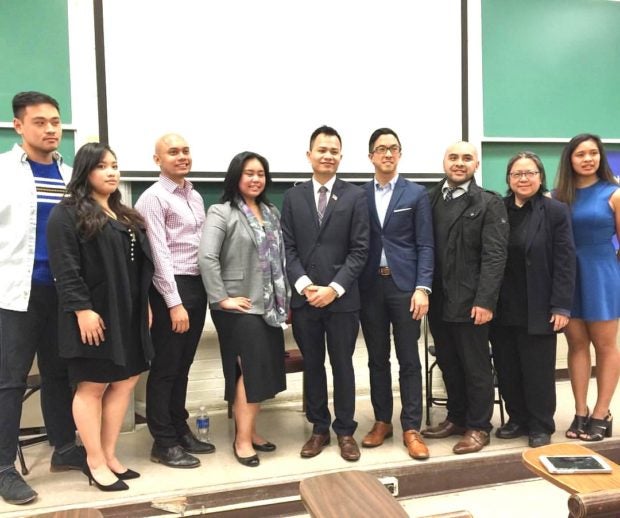 Born in Manila, the tireless LGBT advocate learned the ropes of politics during college and tries to stay away from “commenting on everything that is going on in the Philippines.”

“What I learned from that and what was imparted to me is that democracy is really special and precious,” he said. “It’s not something you can kind of ignore if you’re going to be an adult. You always have to be involved and be informed as much as you can whether it’s here in the U.S. or in the Philippines. Whether you’re voting or engaged in the political process in any way.”

Dela Cruz was communications director to Manhattan Borough President Gale Brewer for over a year before joining Cuomo’s cabinet. Brewer was so impressed with his performance that it came easy to get her recommendation.

“The guy who had my position before, his name is Matt Rubin. Every time I would accomplish something for her [Brewer] or every time he would help her with something like on the government side, she would always say, ‘I wish more people could be like you and Matt Rubin,’” Dela Cruz said.

“At some point I had to sit her down and say, you know the governor agrees with you and that’s why he has asked me to take on Matt’s job. We were both doing a lot of the same things,” he added.

Rubin, who has moved on to the campaign for the governor, put in a good word for the Fil-Am community leader.

“Matt is very comfortable with me. I guess on his way out, he told them that I would be a good choice. So they interviewed me and they really liked me,” Dela Cruz said.

He thought hard about the designation before coming to terms with its public-facing side. “I always enjoyed just being behind the scenes. I’m not very flashy, very low key. [Though] I think that’s why I was picked for this position because I’m very low key, I’m more interested in solving problems without being super showy. I would be open to seeking out positions in the city government that are of higher level but not necessarily elected positions,” Dela Cruz said, responding to banter that he could one day become the first Fil-Am mayor of N.Y. 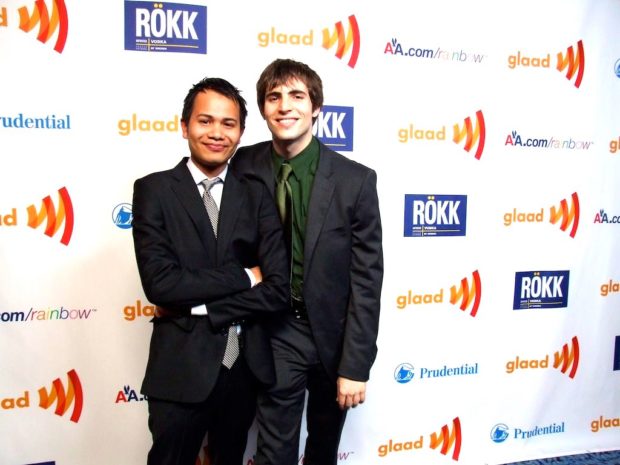 Turning to his roots, Cuomo’s new regional representative to Manhattan said that groups like the National Federation of Filipino American Associations and Fil-Am Dems would do well to tackle everyday concerns in order to keep Fil-Ams engaged and involved.

“Yes, there was Filipinos for Hillary, Filipinos for Bernie and… I was thinking why are these groups only around every four years? Why isn’t there something that gets people engaged and shows that the Democratic Party is much more than the president but is also your local school board, for example?

“I think they’re just not informed and engaged. Partially, it’s on elected officials, it’s on them to mobilize the Fil-Am community. [It’s] also on us to organize ourselves into something that is—I’m not going to say united because no ethnic group ever is, I know because I worked with many ethnic groups in Manhattan—into something that’s visible, that government politicians and officials can see and negotiate with,” Dela Cruz said.

The lack of visibility has so far led to the community losing its standing in the East Village of N.Y., which Dela Cruz remembers fondly because it was the neighborhood he came to upon entering the U.S. as a seven-year-old immigrant.

“East Village had Filipino mass… five or six [Filipino] restaurants. I would see Filipinos everywhere. I lived around that area growing up. I would say it’s disappeared, it’s mostly restaurants. It’s like the immigration story of success and stability. Woodside is becoming the gateway to the Filipino diaspora. That’s why we make sure it stays affordable.”