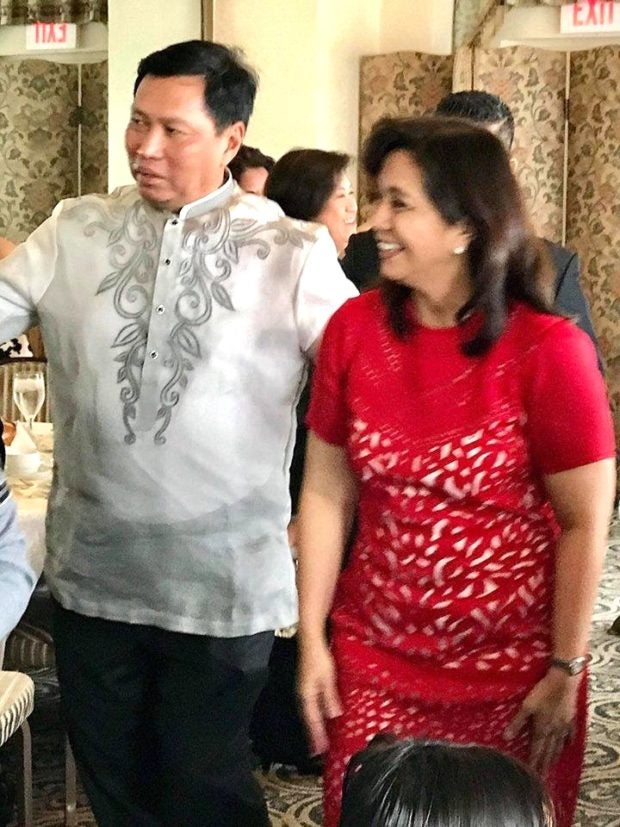 WEST ORANGE, New Jersey — Describing Calabanga town in Camarines Sur as “a place forgotten by time and the world,” Philippine Vice President Leni Robredo profusely thanked community organizations here led by ANCOP USA for helping to raise funds so that the town’s one and only infirmary could finally start operating.

Fully constructed in August 2016, the Calabanga Infirmary could not open its doors to the town’s residents—largely families of farmers and fishermen whose children would walk six to eight kilometers each way every day to go to school—due to a lack of supplies, facilities, equipment, and most importantly doctors and nurses needed to examine patients.

“That was totally unacceptable. Every day that passes without proper health care is dangerous for the people of Calabanga,” Robredo told the nearly 200 Fil-Ams that gathered for the luncheon fundraiser at Highlawn Pavilion in West Orange last May 19.

She then narrated how the Office of the Vice President (OVP), the Camarines Sur provincial government, and the Calabanga municipality formed a technical working group with concerned national agencies like the Department of Health (DOH). The provincial government promised to provide for the staffing requirement and has begun recruitment and hiring of doctors and nurses, while the municipal government took care of the utility connections. 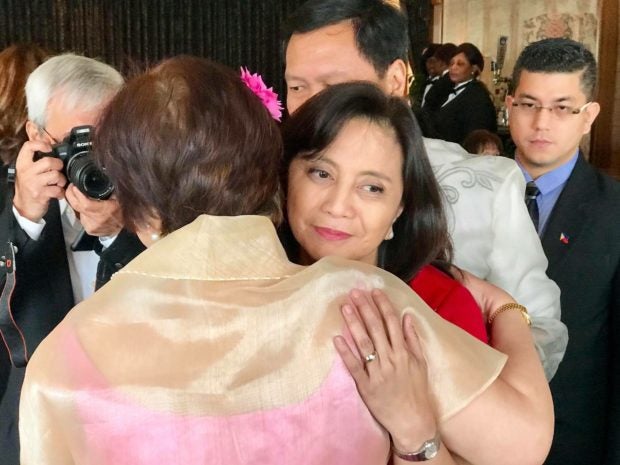 For its part, the OVP pledged to find partner organizations that could provide for the unfunded equipment needed by the infirmary and has also asked the Department of Public Works and Highways to upgrade the access road to the hospital.

“We sent out letter requests for the needed hospital equipment, and ANCOP USA was the very first one to rise to the occasion,” Robredo said in her speech.

“True to the meaning behind your organization’s name, you answered the cry of the poor. And we could not thank you enough for your trust and commitment. The needs of our people strengthen our bond, and we share the same advocacies for uplifting the lives of the last, the least, and the lost among our brothers and sisters. Your programs back home for community development and education—projects that aim to address the most basic needs, such as shelter, livelihood, health, and education—are a source of inspiration. Being able to scale this up not only in the Philippines, but also in Canada, Australia, USA, and Europe is a feat that deserves much admiration,” she added. 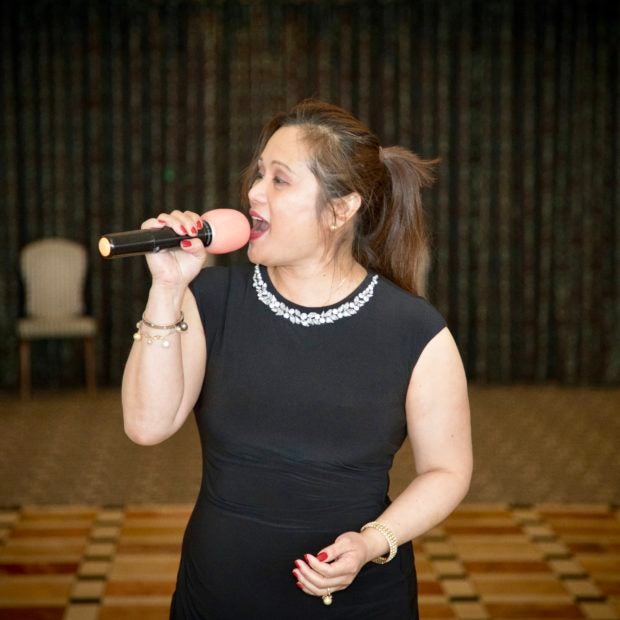 ANCOP, which stands for Answering the Cry of the Poor, is a humanitarian program founded by the Couples for Christ (CFC). ANCOP USA is headed by Roger Santos.

FEATURED STORIES
Ex-aide of Imelda Marcos is New York’s No. 2 tax cheat
Get Rid Of a Hickey In 90 Minutes
How ‘The Filipino Instant Pot Cookbook’ hit the spot

“We, at ANCOP Northeast Region, are grateful to VP Robredo for having accepted our invitation to be with us last May 19 to help support the Infirmary of Calabanga in Camarines Sur,” Santos told INQUIRER.net. “We are encouraged to note that our work for the poor complement each other. We will not only continue to help her projects, we will also pray for her.” 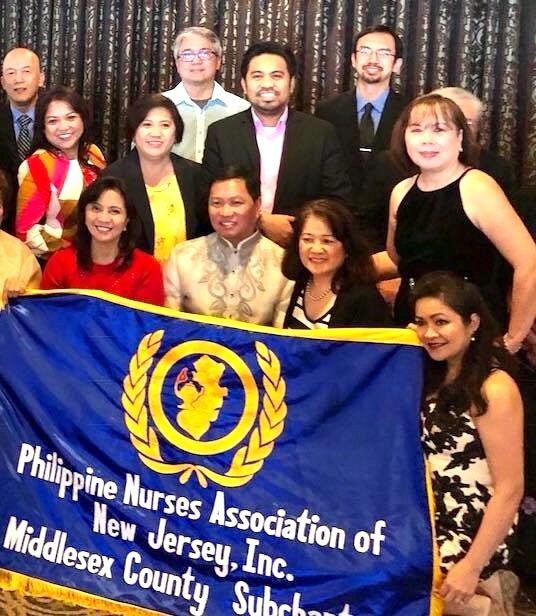 ANCOP USA sent a partial shipment of equipment last month to the Philippines and expects to complete the delivery by the middle of next month to the OVP and the DOH office in Legazpi city, according to Santos.

Earlier, the CFC sent funds to CFC Albay to help families displaced by the recent eruption of Mayon Volcano. “The Mayon refugees have returned to their homes three weeks ago. God bless our mission to help transform the lives of poor children and their families, helping restore hope and dignity,” Santos said.

“Even from thousands of miles away, your hearts answered the call of our kababayanswho are in dire need of assistance. With your help, they are now only months away from having a decent medical facility that can bring hope and save lives,” Robredo said at the luncheon fundraiser.

She also revealed that the OVP is now an advocacy-centric office focused on universal healthcare, food security and nutrition, rural development, public education, women empowerment, and housing and resettlement. 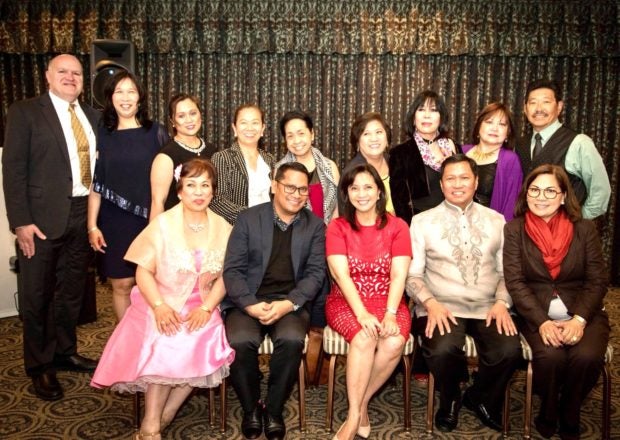 “We do not really have the mandate to execute programs and projects, and do not really have a prescribed function other than be the constitutional successor of the President, just in case something happens to him. This is the reason why our office has one of the smallest budgets in the bureaucracy. Kapag tiningnan niyo po ang budget ng Pilipinas, pinakamaliit na budget iyong aming opisina [If you look at the Philippine budget, the OVP has the smallest funding]. We are largely regarded as a spare tire.

“But when I assumed office, I told my staff we cannot stand idly by just doing merely ceremonial work. Kasi dati po, iyong pangalawang pangulo, ang ginagawa, nagtatanggap ng mga foreign dignitaries, nag-aattend ng mga ribbon-cutting ceremonies[Because before, the VP just accepts foreign dignitaries and attends ribbon-cutting ceremonies]. But you know, maintaining an office for six years just to do that is such a waste of government funds,” she explained.

After her speech, Robredo took pictures with the attendees and gamely obliged to have selfies with those who approached her for a souvenir photo. Her next stop was Boston to attend her eldest daughter’s graduation from Harvard University.