Germany's Flixbus takes on Greyhound with US launch

Germany’s Flixbus takes on Greyhound with US launch 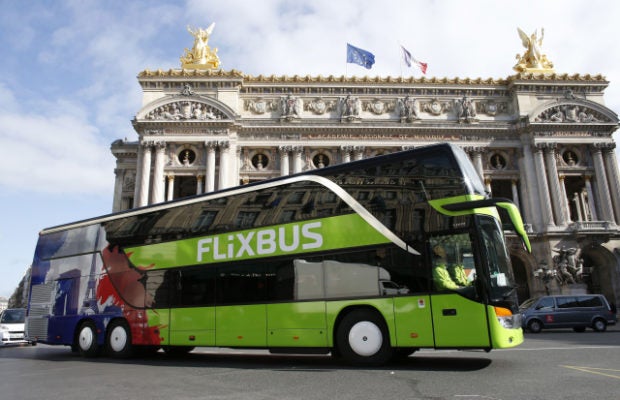 “Hello, California! This morning we rolled into Hollywood to launch FlixBus USA. Your next adventure is bookable today,” the German giant said on its Twitter feed.

The company, whose bright green buses are already a familiar sight on European roads, will from May 31 run 180 routes daily connecting seven US cities, including Los Angeles, San Diego, Las Vegas and Phoenix.

The Flixbus website is offering one-way tickets from LA to Las Vegas for $9.99 (8.43 euros) in early June, compared with around $20 on Greyhound.

The German firm said it plans to widen its US network to “around 20 cities” by the end of 2018.

Founded just five years ago, Flixbus has grown into Germany’s most popular long-distance bus service and has since expanded into 27 other European countries, linking over 1,700 destinations and transporting 40 million passengers last year alone.

“We have revolutionized the perception and use of coaches in Europe,” Flixbus co-founder Andre Schwaemmlein said in a statement. “We are impatient to share our vision of mobility with consumers in the United States.”

Founded in 1914, the Greyhound Lines company is still the US’ biggest intercity bus service although it has faced growing competition from smaller upstarts in recent years.

It covers some 3,800 destinations across North America, transporting around 18 million people annually.

Its buses have been immortalized in countless US films and TV shows, making it a brand known around the world. AB

LATEST
R. Kelly, the top-selling R&B star who dodged sex allegations for years
NBA: Hawks get All-Star guard Dejounte Murray from Spurs
I offended none of my rivals during campaign, says Bongbong Marcos
Man of the World Aditya Khurana of India to relocate to Philippines
MMDA, LTO ink pact to speed up data-sharing on traffic violations