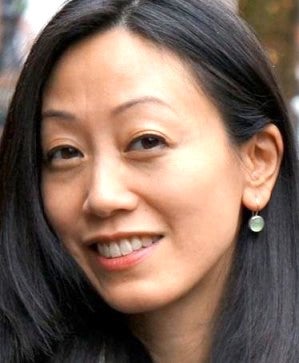 ‘Listening to KALW has been a part of my life since arriving in the Bay Area.’–Tina Pamintuan. CONTRIBUTED

The San Francisco Unified School District and its community broadcast service KALW, a pioneer in public broadcasting since 1941, have selected a new general manager, a Filipino American, with deep roots in both public media and education to lead the station.

Tina Pamintuan, who has held various leadership positions in public media as an editor, producer, and program founder, will take the reins of KALWfrom departing general manager Matt Martin, who has led the station’s growth for more than a decade.

“Listening to KALW has been a part of my life since arriving in the Bay Area. To be in a position where I can help shape this cultural resource and help chart its trajectory is both energizing and humbling,” Pamintuan said.

“I’m excited to discover what fuels this community’s passion for public media and to imagine together what can be for this singular station. Working with the staff and volunteers at KALW, I look forward to growing this media outlet as we strive to create joyful local radio with an impact in the Bay and beyond.”

Got start as college DJ

Pamintuan got her start in radio as a college DJ working the early morning shift and came to journalism through an internship at National Public Radio (NPR). Over the next six years, she continued to work at NPR in editorial and production positions for Morning Edition’s Radio Expeditions and NPR’s cultural desk.

Most recently, Pamintuan created and founded the Audio Journalism program at the City University of New York (CUNY) Graduate School of Journalism, where she has worked for 11 years.

“After 12 years as KALW’s general manager, it means a lot to me to bring in a new leader I’m excited about. Tina Pamintuan’s work in both public radio and journalism education have prepared her well for taking KALW to its next level as a leader in innovative, community-powered media,” Martin said. “Tina’s values are aligned with those already active at the station, and she will bring new ideas and drive to the work that I am confident will take the station forward and expand its service to the diverse communities of the Bay Area.”

KALW was put on the air by SFUSD teachers and students in September of 1941, making it the first FM station West of the Mississippi. KALW was an early NPR affiliate and served as the West Coast station of record for the BBC World Service.

In the early 21st century, at a time when most broadcasters were cutting back on local production, KALW made investments and built partnerships that launched a range of new shows, including “Your Call,” “Philosophy Talk,” “Revolutions Per Minute,” “Music From Other Minds,” and “Explorations in Music.” In 2005, KALW began to develop its local news department from scratch, which culminated in the launch of the daily local news show “Crosscurrents” in 2008.

Today, the station serves as a leading broadcast outlet for the Bay Area’s diverse arts and music scenes. It has developed an award-winning local newsroom with training and talent development at its core. Its progressive talk show “Your Call” was recently named “Most Valuable Local Radio Show” by The Nation magazine. Thanks to partnerships with community institutions and independent producers, the station is an engine for distinctive original productions, including the ground-breaking podcasts “99% Invisible” and “Radio Ambulante.”

“KALW has been an integral part of SFUSD’s educational mission for over 75 years. From its inception the station has been about educating future radio professionals and under Matt Martin’s leadership this past decade, KALW has grown in ways its founders could have never imagined,” said Gentle Blythe, Chief Communications Officer for SFUSD. “Throughout its evolution, KALW has remained a teaching station where diverse community members learn both the technical and creative aspects of radio production. Tina Pamintuan’s experience as an educator and public media producer, as well as her commitment to SFUSD’s core values, make her a great fit to lead the station.”

Tina Pamintuan will begin her tenure as KALW’s next general manager in early September 2018.