Kyal, a Fil-Jamaican-Canadian performing arts legend in the making

Kyal, a Fil-Jamaican-Canadian performing arts legend in the making

WATCH: Kyal Legend, a star in “Backstage” of the Disney Channel. INQUIRER/Marisa Roque

AJAX, Ontario  — KYAL.  The name is certainly intriguing, so the very first question after introductions: ” Is Kyal your real name?  What does it mean?  How….?”

We meet at the Starbucks in the Chapters bookstore at the RioCan Durham Mall in Ajax one gray Saturday in January, and the young girl who rose to greet us has amazing presence–she stood close to six feet tall.  “I’m only 5′ 8″,” she says, wearing boots with three-inch heels.  Definitely a stunning figure.

Her mother, Jamie Miranda, has accompanied her.  Jamie is Canadian-born (Richmond Hill) but her roots are in Manila and Quezon City, from the Miranda, Brillantes and DeOcampo families.

Jamie said that as late as two weeks before Kyal was born, she had no name for the baby.  She meditated, thought and asked the Universe for suggestions.  Finally, while at a music store, she heard “Kyal” and knew that was what she had to name her first born.  Her Indian friends told her later that the word means dream or thought.

Kyal says, “That is what I am about!  I have dreams that I knew I was going to achieve, even when I was little!”

Jamie thought back: “She must have been 11 or 12, and I saw her quietly weeping, sprawled on the floor.  When she saw me, she hugged me and said I will really miss you, once I am in New York and working, and I was dumbfounded.  But she could see into her future– what she wants she focuses on, and she manifests her reality!” 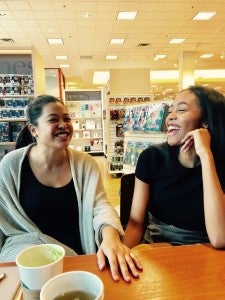 “My mom is my best friend!” Kyal states. Jamie Miranda, dubbed “mommyger” by Kyal, is a seasoned performer herself in dance and voice. She received an award from the Ontario Secondary School Teachers’ Federation for founding and directing an all-student gospel choir. INQUIRER/Marisa Roque

Indeed.  Kyal Legend is now 19 and studied with the National Ballet School of Canada for four years. Students at the prestigious school have to pass a rigorous audition to be accepted.  She was in “Nutcracker” and the world premiere of Igor Stravinsky’s “Petrushka.”

At 15 Kyal received a five-week scholarship in New York City at the famous Alvin Ailey School of Dance. When she was 16 she tried out–and was chosen–to be part of Nelly Furtado’s dance ensemble (Kyal was part of the Toronto leg of Nelly Furtado’s tour).

The daughter of Jamie and Omaro Rankine (of Port Antonio, Jamaica) plays a major role in the television series “Backstage,” which is distributed worldwide by the Disney Channel.  In Canada, the show can be seen on the Family Channel, and “Backstage” has also been picked up by Netflix to be shown in the USA.  The show may also be viewed online via the Disney Channel and Family Channel apps. “Backstage” has 30 episodes per season.  Season 2 starts airing in the spring of 2017.

Kyal stars as Julie Maslany, a pivotal crossover character who is both enigmatic and driven.  Julie is supposed to attend private school, but goes to Keaton School for the Arts instead on her own steam.  She dances, sings, creates art installations and becomes student council president.  The character may sound intimidating, but watching each succeeding episode draws the viewer into her world and roots for her to succeed. 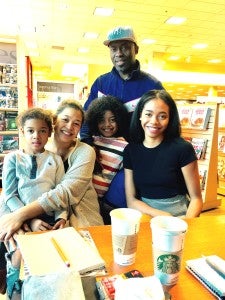 Queried on where her “surname” Legend came from, Kyal’s answer reveals her philosophical bent.

“The legend is that guide you see on maps, that identifies landmarks, that tells you how to go from one place to the next, to guide you on your journey.  That’s what I want to be, for the youth,” Kyal explains.  “I want to inspire my generation, that anything is possible if you put your heart into it.”

“Inherited from her father,” adds her mother.

Asked about her interests, Kyal’s number one focus is to perform–sing, dance, act, eventually to be the lead in a trilogy on Broadway.  She wants to travel and she wants to set up her own clothing line, ethically sourced and manufactured.  She also wants to visit the Philippines and immerse herself in her mother’s culture.  She is interested in learning Pilipino, and maybe, getting involved in something entertainment-related in the Philippines.  On home turf, she has modeled for the iconic designer Renee Salud in Toronto’s Philippine Fashion Week in 2013.

Kyal is all about empowerment, for herself and for others that she can influence through her artistic reach.

“People who make it– it’s not purely talent that separates the people who make it and who don’t.  It’s their certainty, their focus,” she states.  Currently, Kyal is working with Stacey Mackenzie of America’s Top Model to mentor and empower youth in her community.  Kyal adds, “I would love the opportunity to reach a Philippine teen audience.  I am proud to represent young Filipinas, and minorities in general, on the big screen.” 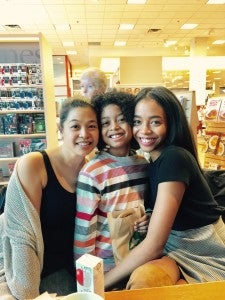 Kyal Legend has a mind that is more mature than her 19 years.  Among her musings: “Anything is possible–if a door doesn’t open, it is not for you.  To be beautiful is to be yourself–be you. There is only one you, and that is your power,” she adds.

If you want to see Kyal in action, here are some links:

Behind the scenes interview with Kyal

Dance scene from episode 6 of Backstage