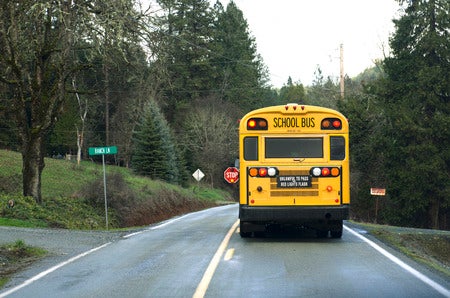 A school bus driver faces several charges after it was found that she was on her phone and was distracted while kids were onboard the bus.

A criminal complaint was filed back in February by a concerned parent, then received by the safety director for Lorenz Bus Service, where Carsten used to work.

According to the complaint, evidence was gathered from video and audio footage taken during the incident dated Feb. 6.

Details in the complaint stated that based on the video, Carsten did not appear to be wearing a seatbelt and that students in the back seats of the bus where either lying across seats or standing while the vehicle was moving.

The complaint also said that the bus driver was reaching out for her phone and driving with only one hand. After a student started telling “your momma” jokes, she looked up dirty ones on her device and explained some to the kids, only stopping after she said they were gross.

At one point, Carsten turned to oncoming traffic lanes as she was telling one of the jokes.

Carsten is set to appear in court June 6. Katrina Hallare/NVG

Two boys in China ride bus from underneath to see parents