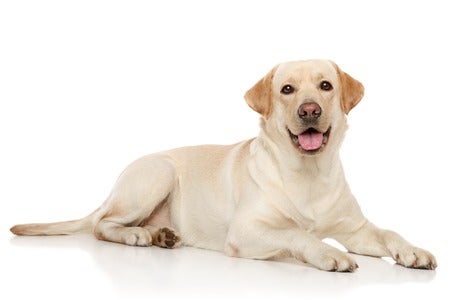 Seven Labrador dogs were luckily saved from a fire thanks to police in northwest Indiana on Tuesday, May 8.

Volunteer firefighter Justin Hansen was alerted of the fire in Porter Township, Indiana at 4 p.m. that day, according to a statement from the Indiana State Police.

The first responders saw black smoke coming out of the garage. They went inside and found the dogs unconscious. Two canines were found to be pregnant.

Responders quickly got the dogs out of the burning home and started CPR on them. Other rescue techniques such as giving the dogs oxygen and blowing air into their lungs were done by other officers and neighbors to revive them.

Medical help soon arrived and used “pet masks” on the canines to give them oxygen. They were then put into cars and rushed to animal hospitals.

Investigators believe that a heat lamp in the garage may have caused the fire. The homeowners, one of whom is a local breeder, were not around when the incident happened.

As for the dogs, all of them survived. NVG