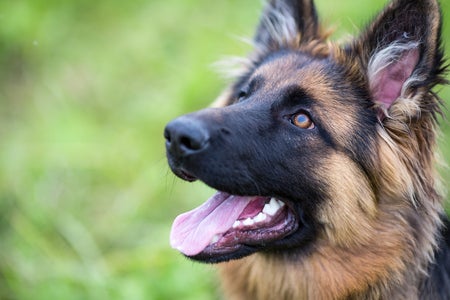 A dog, which was supposed to be flown to Kansas City from Oregon, mistakenly arrived in Japan after the airline switched him up with another breed.

The family of Joseph and Karen Swindle, who were moving from the West Coast, had Karen and their children take a United Airlines flight. They were supposed to be with their 10-year-old German shepherd, Irgo. When the family arrived at their destination, they were surprised that a Great Dane dog — who was supposed to land in Japan — greeted them instead, KCTV5 reported yesterday, March 14.

After the switch, and despite assurances from the airline that they will have their dog back, Karen could not help but be concerned for their pet. “I don’t know if he’s going to be able to sustain this flight, because he is a 10-year-old dog, and he’s never been on a flight before,” she was quoted in the report. “I honestly don’t know if he’s going to survive this flight.”

When Karen asked the airline how the mistake happened, United Airlines said it did not know, but pointed out that the kennels were similar.

“An error occurred during connections in Denver for two pets sent to the wrong destinations,” an airline spokesperson said to KCTV5. “We have notified our customers that their pets have arrived safely and will arrange to return the pets to them as soon as possible. We apologize for this mistake and are following up with the vendor kennel where they were kept overnight to understand what happened.“

The airline then paid a hotel near the airport for Swindle and her brood. According to the report, Irgo is expected to reunite with his family this Thursday night.

This is not the first time United Airlines got involved in a controversy involving pets. Recently, it has received criticisms when a dog died after a flight attendant forced its owner to place the animal in the overhead bin. Katrina Hallare/JB