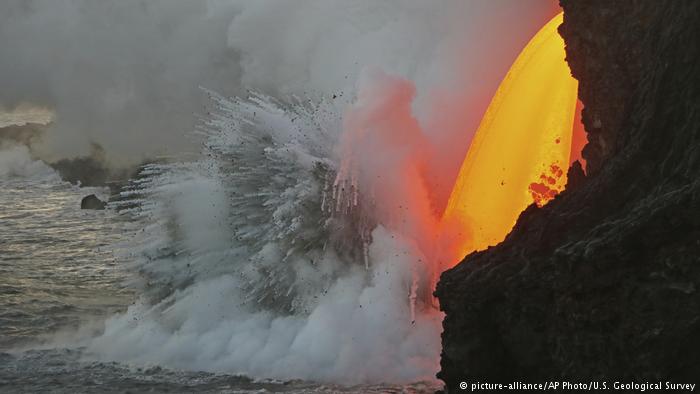 In my one-man solo performance “Amok Monologues,” which I’m bringing May 16-25 to the Orlando Fringe Festival, I talk about a lava flow of truth to describe my storytelling amokness, a metaphoric eruption. Mt. Pinatubo in the Philippines was my frame.

But in these United States, Madame Pele has delivered to us all a gift for the month of May, which is  Asian American and Pacific Islander Heritage Month.

I lived in Hawaii for a few years when I worked for what was then the largest paper in the state. I lived through an earthquake and a massive sewer backup on the Ala Wai (sort of like intestinal lava flow). But I can’t imagine what the residents are going through on the Big Island.

Not Oahu, but the one that has that city “The Today Show”’s Savannah Guthrie called “High-Low.” Of course, Hilo is pronounced “He-lo.” Although when the talk is lava flow in Hawaii, it’s more like “She-lo,” if one is to be truly respectful while reporting on the burning black mass that eats up ground and all in her way.

In Ben Gutierrez’s report for KHNL, you can see it. But notice how he ends his report respectfully. “We’re just glad to be able to come here to experience the heat, the smoke, and some of the beauty of Madame Pele,” Gutierrez says admiringly. The beauty? This is Hawaii.

When you live on the island, Madame Pele always gets a nod.

“She is Pele-hounua-mea, Pele of the Sacred Land. She is Pele-‘ai’ houna, Pele the eater of land, when she devours the land with her flames,” wrote Herb Kawainui Kane in Pele: Goddess of Hawaii’s Volcano.  “She who rules the volcanoes of Hawaii, and Mankind has no power to resist her. When Pele is heard from, her word is the final word.”

And so while there is havoc and devastation, and lives and land masses are altered, there is a sense of respect for this spiritual force of nature. We don’t have that on the mainland.

The lava flow here is metaphoric, but there’s nothing spiritual about it. Not when the eruption comes daily and spews out of Donald Trump, and more recently Rudy Giuliani, who comes on like Trump’s dyspeptic after-burp.

It’s a political tour-de-force unlike anything we’ve seen; unfortunately, and it’s burning and displacing all that we hold dear. Institutions of democracy? Political norms? Think of how the political landscape has changed since Jan. 2017. And now the U.S. pulls out of an Iran deal that is working? Iran’s in compliance and the U.S. is not.

Pele has given us a gift of how to view what’s happening to our country. It’s the slow burn of lava creep. But unlike the Goddess’ flow, we are not powerless.

We can do something about our commander-in-creep, a/k/a the spewing president who thinks he’s above the truth.

We must ask him about the lies, the cheating, the hush payments. We must not lose sight of Russia, his conflicts, his business deals. His eruptions and the disaster they cause are all manmade.

I’ve had the honor to pinch-hit and teach a course on diversity in journalism this semester at San Francisco State University. There’s even a number of Filipino students in the class. And they are among the best students.

Diversity in journalism? You mean the uphill battle I’ve waged against the media in radio, TV, newspapers and the web starting from the mid-‘70s? 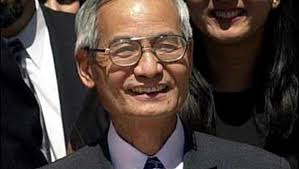 You mean when Asian Americans were less than 1 percent of our country and people thought by my last name that I must be Mexican?

For me, teaching a course in diversity in journalism has been like a Vietnam vet coming back to teach the war to students who were eager to learn what too many people are willing to forget.

Being a person of color in the media during these formative times has not been easy. I started not long after the Civil Rights Act, and a few years after the Kerner Commission suggested news organizations reach out to hire blacks. Asians? No one knew what a Filipino was. Not in an America that was trying to forget the Spanish American War. (I talk about this in my show, “Amok Monologues.”)

Imagine how every year since I began as a young reporter, the American Society of Newspaper Editors kept establishing the goal of our newsrooms looking like the nation’s population. Perfect mirror of the audience and the media reporting on it?  The goals were never achieved. After failing each deadline, ASNE kept extending it another 5 to 10 years. It’s become a joke. And now the test is if newspapers will survive before ASNE can ever reach its diversity goals.

I do tell the students there is hope.

There are so many different places to get the news, not just in one place. But the news is all segregated. Asian American press? That’s cool. But it’s like a modern version of the Negro Leagues in baseball.

The best diversity can do seems to be vertical silos addressing separate niche audiences. Separate and hardly equal. The challenge is for one media to bring us all together as one, cover all our concerns.

Oh yeah, and then I get to tell them about Wen Ho Lee.

Who he? That’s what the students said. He’s the U.S. nuclear scientist born in Taiwan who spent nine months in solitary confinement after Times reporters parroted government sources claiming Lee gave away the biggest nuclear secrets to China.

The Times even admitted it could have painted a more human portrait of Lee in an extraordinary “clarification.”

You don’t see that kind of semi-mea culpa in journalism. A little more diversity among the top editors, and in approach, could have helped 16 years ago.

More on Dr. Lee and why he’s a great case for diversity in a future column. Let’s see what my students say in their final exams.

But for now, let’s consider the joys of Asian American and Pacific Islander Heritage Month. And because of the 1965 Immigration law that lifted discriminatory quotas on Asians coming to this country, we’re now up to more than  21 million Asian Americans in the U.S.

Just think, before the 1965 law, Asians Americans were less than 1 percent of the population.

It’s like someone had placed an invisible wall and shut us all out. It’s called politics.

And now Hawaii is the most Asian American state by percentage (around 44 percent) and California is the largest by population (around 6 million), and I’m going to Orlando to do my show for AAPI Heritage Month, where the Asian population is like it is in most of America. Around two to three percent. It’s like going back 20 years or more.

Sadly, as individual ethnicities go, Filipinos are slipping. No longer vying for the top spot with Chinese Americans, we are now No.3 after Asian Indians.

But generally, Asian American visibility has improved.  We’re dozens of Asian ethnicities under one broad umbrella to celebrate a sense of us. Chinese, Korean, South Asian, Filipino, Hmong, Vietnamese, and more.

May is our month. Feel it.

The Goddess Pele has made it special by giving all of America a metaphor to ponder.

Emil Guillermo is a columnist with the North American bureau.

Listen to his podcasts here: http://directory.libsyn.com/shows/view/id/emilamokstakeout

MORE STORIES
Anti-Terror Act is itself an act of terror
Seniors ask if it’s safe to see their doctors in time of Covid
Everything You Need to Know to be a Successful Inventor
Don't miss out on the latest news and information.