Fil-Am YouTuber makes money videoing himself getting high in public

Fil-Am YouTuber makes money videoing himself getting high in public 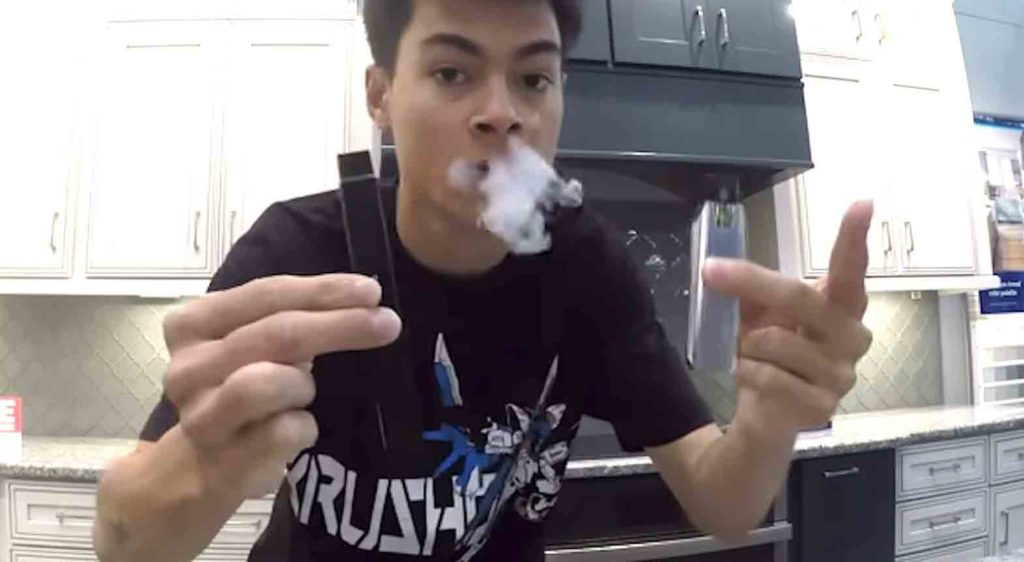 Going by the name Damianluck925, Ian Boncodin, 23, posts videos of himself getting stoned in front Target stores, at Carl’s Jr. tables, and in Wendy’s bathrooms. SCREENSHOT/YOUTUBE

Ian Boncodin, 23, videos himself getting high on cannabis in various public places in the San Francisco Bay Area and posts it on YouTube, earning enough money that it’s now his full-time job.

Boncodin has more than 780,000 followers on YouTube and over 350,000 followers on Instagram, according a feature story by Lester Black on SFGate. Boncodin declined to disclose how much he earns, but he was able to quit his job a few months ago.

Going by the name Damianluck925, he posts videos of himself getting stoned in front Target stores, at Carl’s Jr. tables, and in Wendy’s bathrooms. They appear with such titles as “Extremely Obliterated at Carl’s Jr.,” or “I Got Way Too Faded at Lowes.”

Boncodin has fashioned new pot jargon like his catch phrase“ Fulcrum come in” derived from a “Star Wars” character. He calls his followers Yodie Gang and his home grounds in the Bay Area (Antioch, Oakley and Brentwood) Yodie Land. Videos tagged “Yodie Land” have been viewed 240 million times on TikTok, according to SFGate.

Boncodin has apparently overcome some mental health stresses being experienced by many in Generation Z, or people born between 1997 and 2012,  who are reportedly showing unprecedentedly high rates of depression, anxiety, self-harm and stress.

“Probably my whole life I was just stressed and depressed,” he told SFGate. “I graduated from high school [and] I just focused on myself trying to be the best version of me. After a lot of meditation and working on myself, I got to the point where I am now.”