Ten shot dead in Monterey Park – are we really safe?

Ten shot dead in Monterey Park – are we really safe? 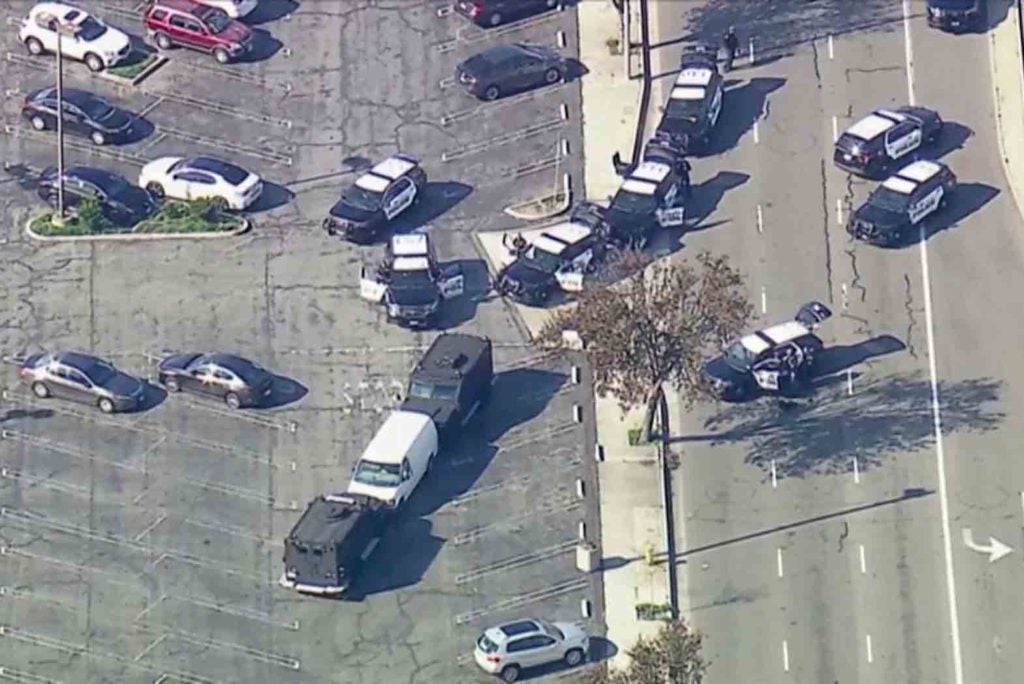 When I think of Monterey Park, California, I think of Monty Manibog, who in 1976 became the first Filipino American elected official in Southern California when he was elected to the city council there. It was considered a milestone in Asian American Filipino empowerment. Manibog served for 12 years including a few terms as the city’s mayor.

He never had to deal with a mass shooting like the one we read about this past weekend.

But the makeup of the city has changed, and so have the times. Of the 60,000 or so people of Monterey Park about 65 percent are Asian American according to the Census, with  Chinese spoken by 42.7 percent of the people, then English (26 percent), Spanish (percent),  Japanese (4.2 percent), Vietnamese (3.8 percent), Tagalog (1.9 percent), and Korean (1 percent). The numbers reflect the newer immigrants who have come since 2000.

A 65 percent Asian population also means the Lunar New Year is a big deal. But nothing like this year, when ten people were murdered and ten wounded at the hands of a shooter who opened fire at a ballroom dance studio and later killed himself.

And the shooter was one of us.

And then Luna said something no one expected.

“Our very preliminary description has been described as a male Asian, and that’s from the scene here in Monterey Park.”

You were expecting a white supremacist like Buford Furrow?

You may recall it was Aug. 10, 1999 when Furrow, armed with an Uzi machine gun, opened fire with on a Jewish community center in Granada hills. His intent was on killing Jews. He fired 70 bullets and wounded five. They all survived.  The one person who died came after Furrow left the scene and encountered a USPS mail carrier, an Asian American Filipino named Joseph Ileto. He was delivering the mail when Furrow shot and killed him.

Furrow then took an $800 dollar cab ride from LA to Las Vegas to escape, according to newspaper accounts. There, he walked into an FBI office and said, “You’re looking for me, I killed the kids in Los Angeles.” Furrow also stated that he wanted his shooting to be “a wakeup call to America to kill Jews.”

The only one Furrow killed was an Asian American Filipino, Ileto. And now Furrow is in federal prison for the hate crimes committed that day. That’s the type of perp I was expecting in connection to the evil I could only imagine Monterey Park.

Pardon me for stereotyping racist mass shooters. I just didn’t expect a “male Asian” to be the subject of a manhunt in connection with killing ten and wounding another ten.

New Fear for the New Year?

The all-points bulletin issued by the Los Angeles County Sheriff’s Department said it all: pictures of a suspect described as a “Male/Asian/dark complexion,” 5’10,” 150 pounds, “wearing blk leather jacket, beanie and glasses.”mOfficials had said they were looking for someone in his 30s to 50s. But they forgot they were dealing with an Asian. The suspect was later confirmed as Huu Can Tran, 72.

Officials said it was Tran who went to the dance studio in Monterey Park around 10:20 p.m. on Saturday night and started shooting. They said he used a semi-automatic pistol that had a high-capacity magazine.

Luna said Tran fled in a white van and went to another ballroom in nearby Alhambra, where he appeared to be looking to cause more trouble. But officials said two locals, described as “heroes,” disarmed Tran.

Tran then slipped away again and was stopped Sunday midday in a routine traffic stop about 30 minutes away in Torrance. As police tactical units surrounded him, Luna said Tran took his own life, apparently from a handgun they discovered in the van.

That was the first day of the Lunar New Year, year of the rabbit, the year that portends peace and hope. We spent most of Sunday wondering if it was safe to go out around LA.

It’s a hard lesson to learn about America in 2023. It’s just not the way I normally imagine this country’s great diversity.

But mass shootings have become standard events in modern American culture. Where guns proliferate, people easily turn to guns for answers. It’s the wrong place to look, of course,  but it has become the knee-jerk solution.

And we AAPIs are clearly part of the great society where guns are a thing. We’ve had AAPI shooters. But normally, the guns were pointed at the general public, not at the AAPI community.

With hate crimes and transgressions against AAPI at an all-time high, more and more Asian Americans are arming themselves, according to a University of Michigan study.  Guns are now more prominent in the community than ever. But as soon as guns are in the mix, things get more dangerous than they have to be.

In the Wild West there were street showdowns when two people faced off at high noon on the main drag for a quick draw duel. Now it’s gone from quick draw to mass murder, a high-capacity semi-automatic gun the shooter’s expression of what? Rage? Revenge?

It’s cowardly, despicable and horrifying. And often, as in Tran’s case, a prelude to a suicidal exit.

Each time these shootings happen,  we seem helpless to come up with an adequate response throughout society. We’re hampered by gun manufacturers’ skillful political manipulation of the Second Amendment.

The idea that Tran acted alone offers some solace. But the new year stretches out over a couple of weeks. We can still all wear red, eat long noodles and root for the peace and hope the Year of the Rabbit is said to promise.

Certainly, we need more of that now, peace and hope, as our thoughts turn to survivors and victims of the Monterey Park tragedy, and why it happened at all.

As officials take their time to release victims’ names, we’ll be in a strange limbo the whole period,  reliving this weekend with every new morsel of information.

It’s already a Lunar New Year unlike any other, where celebration is muted, tempered by mourning, grief and fear because the perp was one of us.

Emil Guillermo is an independent journalist/commentator. He writes a column for the Inquirer.net’s North American Bureau.