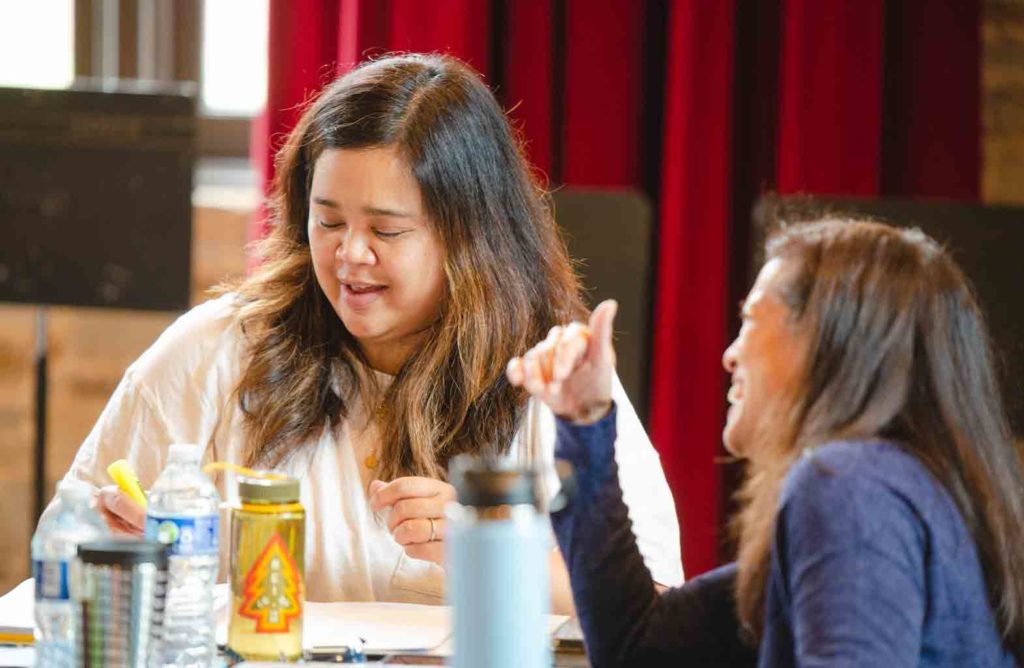 LOS ANGELES — Filipino American family dynamics will be on full display at the Geffen Playhouse with Ellen D. Williams and Fran de Leon hashing it out as daughter and mother, respectively, in the play “God Will Do the Rest.”

Written by Nicholas Pilapil, the play will have a staged reading directed by Rodney To (recently seen in Jo Koy’s “Easter Sunday”).

Forty-something divorcee Connie (played by Williams) has been estranged from her family for 20 years. She returns home for her glamorously overbearing mother Maggie’s 70th birthday and will have to deal with prayers to the Santo Niño, karaoke, chicken adobo and “a homestead soon exploding in an uproar of hidden truths and harbored secrets.”

Williams is known to TV audiences for her role as Patrice in the CBS comedy “How I Met Your Mother” and was most recently in the FX comedy “Baskets.” Fran de Leon is Co-Artistic Director of theater group Will & Company.

The play was written with support from the Geffen’s new play development program The Writers’ Room.

“The program is specifically for local LA playwrights,” says Pilapil. “It’s a prestigious opportunity because the Geffen Playhouse is one of the few major regional theaters in LA. I pitched a multi-generational family story about Filipino American identity. I told them I wanted to give American theater and Filipino American audiences our version of the big family drama, the Filipino ‘August: Osage County’!”

“The writers met once a month, receiving feedback from each other and our facilitator, director Jennifer Chambers. It’s helpful because you learn a lot along the way and the support from fellow writers is a great confidence boost.

“For a play that is culturally specific like mine, having diverse eyes see it early on helped me find the balance of sharing Filipino culture in a way that non-Filipinos will understand or can come out of the play feeling like they learned something.”

Pilapil explains that staged readings are helpful in developing new works. “Staged readings allow [playwrights] to learn what is working and what’s not and helps us make decisions on how to rewrite the play. You learn what the audience likes or doesn’t like. For example, when I write comedy, even though I think it’s funny, the audience is the true test. Staged readings help us get from a rough draft to something polished.”

For the upcoming reading, Pilapil hopes to showcase his writing, but he also wants audiences to see “how talented all these artists are and how much they deserve to be on more major stages.” 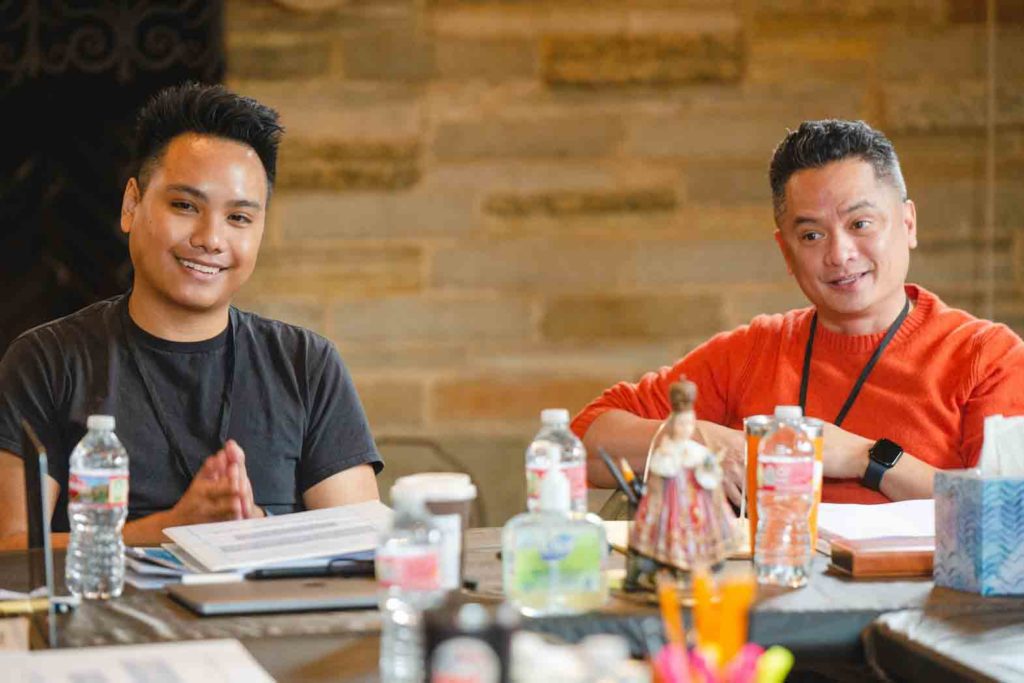 “I have truly witnessed some of the best acting I’ve ever seen in that rehearsal room. There were times when Fran, Ellen and Jon Jon would literally bring the entire rehearsal room to tears. All the actors are powerhouses. Rodney assembled a dream team of Filipino American actors for this play.”

“Staged readings also help people discover our work and our talents.” Pilapil is excited for theater producers to be in attendance at the reading. The goal of readings such as this one is to build interest and potential funding for future stagings. “It is the goal! We hope that this reading will put this play in the minds of people planning theater seasons.

“It feels long overdue for more Filipino stories to be put on more major stages in American theater. Filipinos are the third largest Asian population in the US. We deserve to be more represented in major regional theaters. We are entertainers, we all love karaoke and we love to dance. We love theater! We’re the type of people who will sell out a show that entertains us and puts us in the spotlight.”

Case in point, according to Pilapil, although it got postponed to this February, demand for the reading’s original schedule was three times the capacity of the venue. “We had to put people on a waitlist.”