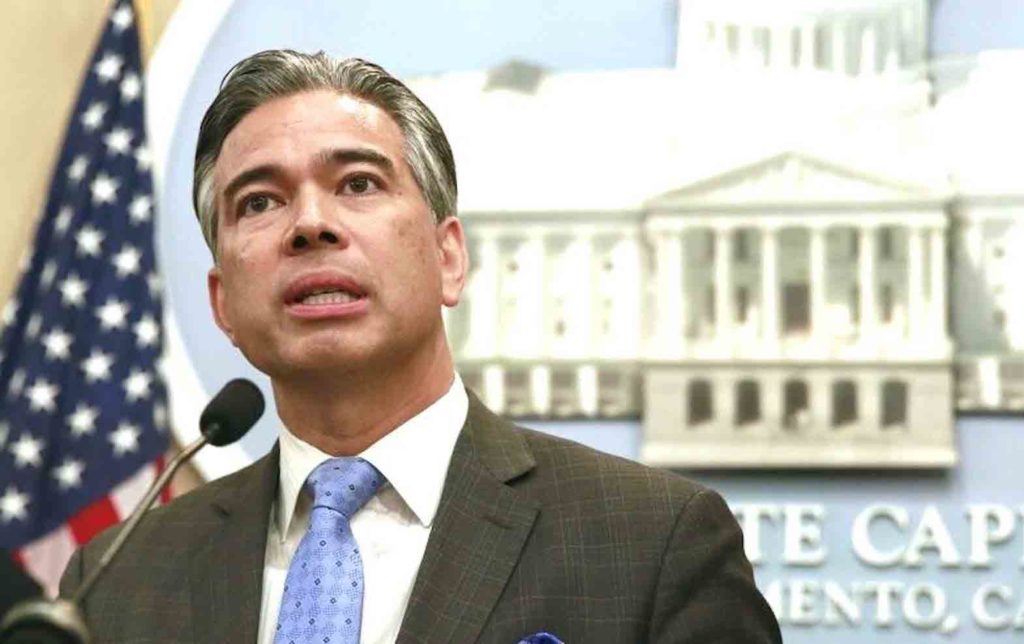 The 47-page civil complaint alleges three pharmaceutical companies that control the insulin market — Eli Lilly and Co., Sanofi, and Novo Nordisk — are violating California law by unfairly and illegally driving up the cost of the drug.

California Attorney General Rob Bonta on Thursday sued the six major companies that dominate the U.S. insulin market, ratcheting up the state’s assault on a profitable industry for artificially jacking up prices and making the indispensable drug less accessible for diabetes patients.

“We’re going to level the playing field and make this life-saving drug more affordable for all who need it, by putting an end to Big Pharma’s big profit scheme,” Bonta said at a news conference after filing the lawsuit in a state court in Los Angeles. “These six companies are complicit in aggressively hiking the list price of insulin, at the expense of patients.”

In the lawsuit, Bonta argued that prices have skyrocketed and that some patients have been forced to ration their medicine or forgo buying insulin altogether. The attorney general said a vial of insulin, which diabetics rely on to control blood sugar,

A 2021 U.S. Senate investigation found that the price of a long-acting insulin pen made by Novo Nordisk jumped 52% from 2014 to 2019 and that the price of a rapid-acting pen from Sanofi shot up about 70%. From 2013 to 2017, Eli Lilly had a 64% increase on a rapid-acting pen. The investigation implicated drug manufacturers and pharmacy benefit managers in the increases, saying they perpetuated artificially high insulin prices.

“California diabetics who require insulin to survive and who are exposed to insulin’s full price, such as uninsured consumers and consumers with high deductible insurance plans, pay thousands of dollars per year for insulin,” according to the complaint.

Eli Lilly spokesperson Daphne Dorsey said the company is “disappointed by the California attorney general’s false allegations,” arguing that the average monthly out-of-pocket cost of insulin has fallen 44% over the past five years, and the drug is available to anyone “for $35 or less.”

OptumRx, a division of UnitedHealthcare, said it welcomes the opportunity to show California “how we work every day to provide people with access to affordable drugs, including insulin.” And company spokesperson Isaac Sorensen said it has eliminated out-of-pocket costs for insulin.

Are you covered by Medi-Cal?

We want to hear about your experiences and, with your permission, may incorporate your story into our coverage. Please tell us what it has been like for you as you have sought and received care, including the good and the bad, the obstacles and the successes.

Other companies targeted in the suit, and the trade associations that represent them, did not immediately respond to inquiries seeking comment, or declined to comment on the lawsuit. Instead, they either blamed one another for price increases or outlined their efforts to lower costs. Costs for consumers vary widely depending on insurance coverage and severity of illness.

California follows other states, including Arkansas, Kansas, and Illinois, in going after insulin companies and pharmaceutical middlemen, but Bonta said California is taking an aggressive approach by charging the companies with violating the state’s Unfair Competition Law, which could carry significant civil penalties and potentially lead to millions of dollars in restitution for Californians.

If the state prevails in court, the cost of insulin could be “massively decreased” because the companies would no longer be allowed to spike prices, Bonta said.

Bonta joins fellow Democratic leaders in targeting the pharmaceutical industry. Gov. Gavin Newsom has launched an ambitious plan to put the nation’s most populous state in the business of making its own brand of insulin as a way to bring down prices for roughly 3.2 million diabetic Californians who rely on the drug.

“Big Pharma continues to put profits over people — driving up drug prices and restricting access to this vital medicine,” Newsom spokesperson Brandon Richards told KHN. “That is why California is moving towards manufacturing our own affordable insulin.”

By launching an aggressive attack against the pharmaceutical industry, California is also wading into a popular political fight. Many Americans express outrage at drug costs while manufacturers blame pharmacy middlemen and health insurers. Meanwhile, the middlemen point the finger back at drugmakers.

Edwin Park, a California-based research professor with Georgetown University’s Center for Children and Families, said California’s push to enter the generic drug business, while also suing the pharmaceutical industry, could ultimately lead to lower patient costs at the pharmacy counter.

“It can put downward pressure on list prices,” Park said, referring to the sticker price of drugs. “And that can lead to lower out-of-pocket costs.”

There isn’t much transparency in how drug prices are set in the U.S. Manufacturers are predominantly to blame for high drug costs, because they set the list prices, Park said. A growing body of research also indicates that the pharmaceutical middlemen are a prime driver of high patient drug costs. To lower prices, it’s critical to target the entire supply chain, experts say.

“The list price has definitely gone up,” said Dr. Neeraj Sood, a professor of health policy, medicine, and business at the University of Southern California who has studied drivers of high insulin costs. “But over time a larger share of the money is going to the middlemen rather than the manufacturers.”