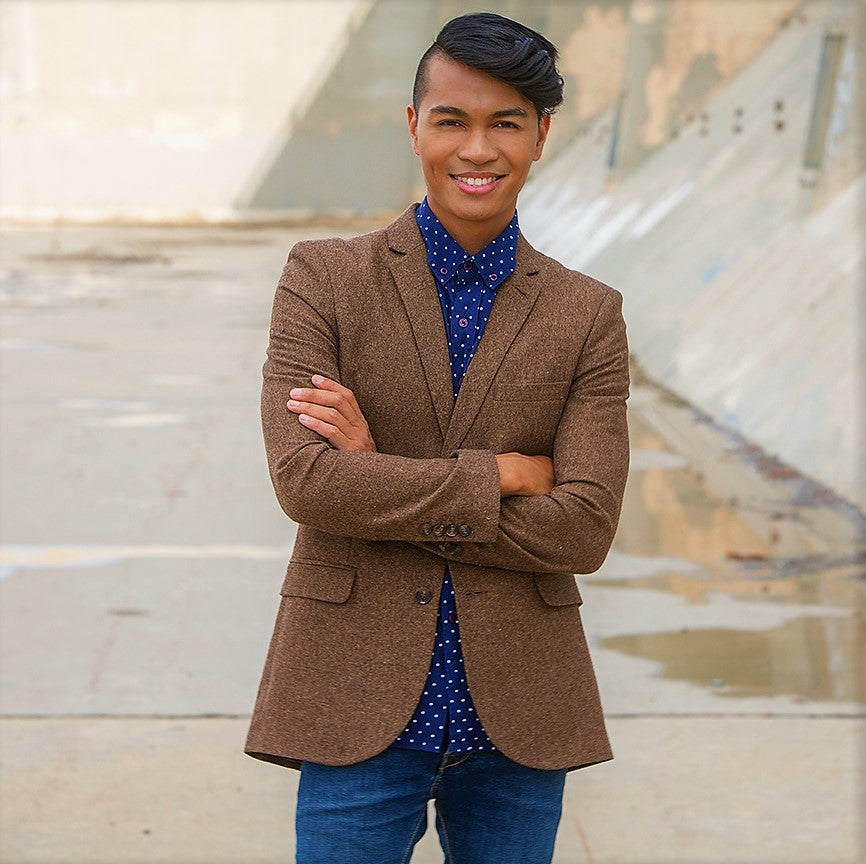 The Filharmonic’s VJ Rosales, who is also an accomplished solo artist, guests on “Swing the Night Away,” the annual dinner-dance when FASO transforms into a fun swing band. CONTRIBUTED

LOS ANGELES — “I’m very excited to perform with FASO because I honestly haven’t sung with a big band in years!” exclaimed VJ Rosales, an accomplished solo artist as well as a member of the popular a cappella group, The Filharmonic, about performing in “Swing the Night Away” on May 20.

Rosales, who appeared with the LA-based The Filharmonic in the hit movie, “Pitch Perfect 2,” competed in NBC’s “The Sing-Off” and shared the stage with Pentatonix and Fifth Harmony, added, “There’s something incredible about singing with a big band that you don’t get with a normal quartet or trio. The brass and woodwind instruments really add a different color to the music that you don’t get to hear on a normal basis.”

“Swing the Night Away” is the annual fun evening when the Filipino American Symphony Orchestra (FASO), led by musical director and conductor Robert “Bob” Shroder, transforms into a swinging big band and the audience is encouraged to dance.

“FASO is an incredible organization and performance group that has been representing Filipino-Americans for years,” said Rosales, who won the 2010 talent search in the Annual Fil-Am Jazz Festival at the Catalina Bar and Grill in Hollywood. “I have only the utmost respect and love for them, and again, I am so excited to perform with them!”

Asked what his fans and folks who will watch him for the first time should expect, Rosales answered, “For the past five years, I’ve been engulfed in the genre of pop and I miss singing standards so much. People can expect a great set of classic standards that I love to sing, with an incredible big band backing me up. Thanks, FASO!”

The tenor earned a B.M. degree in jazz studies from the Bob Cole Conservatory of Music at California State University, Long Beach. He is also a songwriter, vocal coach and music director.

Also performing as a guest performer is Deedee Magno Hall, the 2018 Ovation Awards winner for lead actress in a musical for the role of Diana in East West Players’ “Next to Normal.”

Magno Hall, who began as a cast member of Disney Channel’s “The All-New Mickey Mouse Club,” successfully transitioned into a musical theater artist, with Broadway and national tour credits that include playing Kim in “Miss Saigon,” Nessarose in “Wicked” and the recent “If/Then.”Sheis also the voice artist behind Pearl on Cartoon Network’s “Steven Universe.”

This year,  “Swing…” will be staged at The Signature At Granada in Granada Hills which will be transformed into a swinging night club, enhanced by masquerade ball decor. DIs or dance instructors will be available to guests.