B'way talent, jazz crooner to guest in FASO’s ‘Swing the Night Away’

B’way talent, jazz crooner to guest in FASO’s ‘Swing the Night Away’ 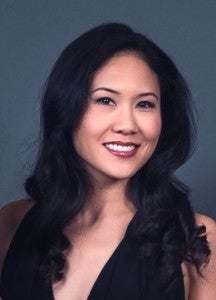 LOS ANGELES — Two special Fil-Am performers – she’s a Broadway star who played Kim in “Miss Saigon” and he’s a crooner who brings contemporary appeal to jazz – will thrill the audience in the Filipino American Symphony Orchestra’s (FASO) “Swing the Night Away” on March 18 at the Hilton Glendale.

The lucky folks in the Hilton Glendale’s ballroom can dance along or just sit back, relax and enjoy the songs of Deedee Magno Hall and Mitch Franco.

These performers will be accompanied by FASO, the only Filipino symphony orchestra outside of the Philippines, which will be configured as a big band for the show, in keeping with the night’s swinging theme.

As in the first very successful staging of “Swing the Night Away” in 2014, which resulted in a ballroom full of people merrily dancing and making new friends, music director and conductor Robert “Bob” Shroder will lead FASO in its own versions of dance hits from various eras.

An original cast member of Disney Channel’s “The All New Mickey Mouse Club,” which spawned singers from Justin Timberlake to Britney Spears, Magno is currently the voice of Pearl on Cartoon Network’s “Steven Universe.”

The Virginia native is also an original member of Hollywood Records’ pop group, The Party, and is the co-founder of the mommy singing group, Mama Bares.

On singing with FASO, Magno said, “I enjoyed being in the audience of a past FASO concert where my husband Cliffton Hall sang with my dear friend, Joan Almedilla. I’m so excited to now have the chance to sing with FASO – a first for me!”

She added, “I am also looking forward to singing with Mitch Franco! I love any opportunity to celebrate my heritage and share music with my fellow Filipino artists. Also, I hear there will be dancing!”

Mitch Franco, who was born and raised in San Francisco, grew up listening to the music of Frank Sinatra, Tony Bennett, Nat King Cole and Dean Martin. Singing is a tradition in his family (mom is singer Gemma Franco, who is now based in the U.S.).

The story goes that he liked to hide in his parents’ keyboard case so he could go to their gigs and get his first chances at singing before audiences. It was inevitable that Mitch became a jazz crooner who has performed around the world. He brings a contemporary touch and class to jazz classics. 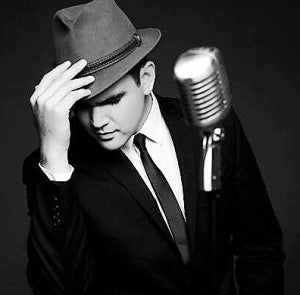 Franco enthused about singing in the show: “I’m looking forward to performing timeless pieces of music with FASO this year. It’s always so exhilarating to have an opportunity to sing among such talented musicians.

“It does make me sad though to think that soon, a whole era and generation of pioneers and musical innovators will come to an end. I like to think that it places a big responsibility on my shoulders and on those who still love swing and big band music. It’s a responsibility to keep this music alive.”

On Deedee Magno, he commented, “My brother is a huge fan of the show, ‘Steven Universe.’ I know that Deedee is the voice of Pearl in the show. I have not had the pleasure of getting to hear her sing but I know that our duet will be magical. I’m really looking forward to performing with her!”

With these two outstanding talents and FASO’s reputation for staging well-received, entertaining shows, “Swing the Night Away” promises to be another swinging success. Guests are encouraged to wear their dancing shoes. Dance Instructors (DIs) will be available on the floor.

FASO is a non-profit 501(c)3 organization. The proceeds will be used to sustain the orchestra and to fund FASO’s education and outreach programs, including its annual summer youth music training program.