Leaving our hearts in San Francisco after 30 years

Leaving our hearts in San Francisco after 30 years 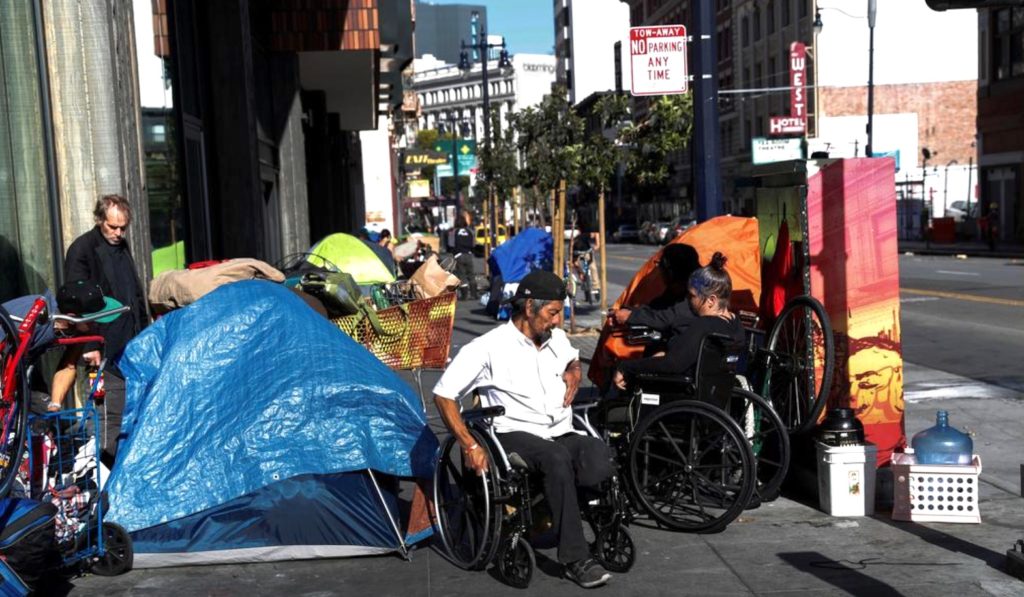 I had the bragging right of doing business in the most beautiful city in America for 30 years. Until this year, when I decided not to renew our lease. This morning, as I read the news that more big tech companies were leaving their San Francisco offices, it validated what I already knew, that this city we were proud of has been transformed from a bustling tourist town to an unsafe place where crime and the homeless population have significantly increased. To be specific, I can cite the area where our office is located, right above the BART Powell Station, on 5th and Market. This is also where the Tourist Information Center is located.

On Christmas Day, I received holiday text greetings from close friends who also shared a news release from the UK DailyMail.com describing the taxpayer-funded San Francisco Christmas Market (located right were our office used to be on Hallidie Plaza) as a “dystopian hellhole after being besieged by city’s famed druggies.” My friends knew that I had been in that part of the City for three decades, so when I told them we had moved the office to Burlingame (20 minutes from the City), they all said “good decision.”

In 1992, as new immigrants with a very young family, my husband and I took a leap of faith and opened our own law firm. We had to choose the best location, and at the time, what could be better than being near the Powell station, the cable car turn- around, The Emporium, San Francisco Shopping Center and Union Square. I told my husband as we were starting, perhaps we would have walk-in clients or entice clients to visit us in the best part of the City, which is accessible to all tourist spots and the best shopping malls. True enough, we were able to slowly build our client base as the office location was convenient and attractive to those who wanted to travel to the City.

Our office overlooked Market Street from Hallidie Plaza, and our clients sometimes took pictures as if the office was also a tourist spot. The view from my office was like a wide TV screen showing the energetic mood of people walking around Market and Powell either as tourists, residents or workers. I found joy in the appreciative comments about our office location. Clients would hang out in the malls or just walk around Union Square while waiting for their appointed time to consult us. During office breaks, we would go down to the mall for coffee or a brief lunch with friends who also worked in the City. The restaurants near Hallidie Plaza were favorite hangout spots after work hours, and we did not mind what time we left the City. We knew that where we parked our cars was safe. It was a perfect location. In fact, there was even a time when chess boards were laid down on a sidewalk for anyone who wanted to play. I can still vividly recall Interesting scenes from the City

Fast forward to the pandemic days. March 2020. With COVID-19 outbreak, we strongly suggested that the law firm operations in its physical location be suspended. To sustain our operations, we converted to a virtual law practice. In 2021, when businesses began to open in the City, we had to make a difficult decision again. Would we resume operation in the City? It was during this time that hate crimes and incidents against Asians increased. We were to beware of the virus and hate crime perpetrators as well. With homeless camps and crime rates growing, we decided not to renew our lease.

We moved our physical office in Burlingame CA. This time my view is no longer the once bustling city, but the San Francisco Bay. I now can see planes landing and taking off from the San Francisco airport. It is calming and the beginning of a new era for the law firm.

Whether the decision to move our law firm out of San Francisco was good or bad, it was honestly a difficult one to make. I know there are other areas that may be safer than Fifth and Market, in the City I called home, where we grew our careers and spent half of my life. Deep inside, I hope that one day, San Francisco will regain its old glory, as a favorite tourist destination and an ideal place to work.

(Atty. Lourdes S. Tancinco is an immigration attorney and immigrant rights advocate based in the San Francisco Bay area  and a partner at the Tancinco Law P.C.. She may be reached at [email protected], www.tancinco.com, facebook/tancincolaw, or at 1-888-930-0808)