The Most Iconic Memes of 2022 I Latest Stories

Admit it or not, 2022 was a hard and long year. But we survived, didn’t we? With COVID still looming over us, we took the long road to what seems like the longest fight for abortion rights. All this while Elon Musk is slowly trying to dominate the world, starting with his Twitter purchase. Add to that the undying threat of climate change and a whole lot more. 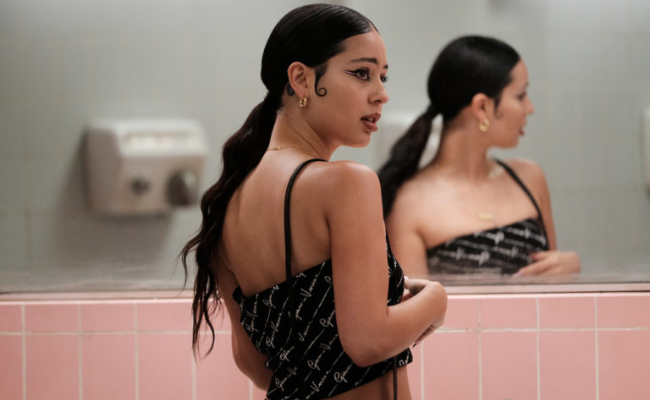 This past year brought so many new experiences and exciting changes, probably none more influential than the amazing array of iconic memes that have surfaced. These memes have allowed us to express ourselves creatively, from funny celebrity videos to sports skits. We’ll take a look at some of the most iconic memes of 2022. Let’s dive right in – get ready for some serious memeing fun!

Will Smith slapping Chris Rock at the Oscars

After this unexpected event at the Oscars in 2022, the internet exploded with tons of memes. When you’re up for a good laugh, you can easily access the funniest memes on this Oscar incident.  One of the best memes of 2022 is the actual slap itself, featuring the infamous Oscar slap, and all of them are hilarious.

Amber Heard’s ‘My dog stepped on a bee’ testimony

The Johnny Depp-Amber Heard trial was one of the big hits in 2022. While it dominated headlines for weeks, online users didn’t pass the chance to create the funniest memes. One snippet went viral when Amber Heard tearfully testified, “My dog stepped on a bee.” Several lip dubs and edits were trending on TikTok and YouTube.

This issue was also a blockbuster entertainment news in 2022. With all the dramas that unfold before the movie’s release, it genuinely deserves a bunch of memes. We all knew that the Chris Pine meme content from the thriller would be great – but it was even better than expected. Truly, this is one of the best memes for 2022. Even leaving aside any drama or Harry Styles mentions.

Kanye West shares photos as proof that his account is not hacked. pic.twitter.com/6XC7Mifc7G

We can conclude this was undoubtedly one of the best memes of 2022. Kanye West is holding a yellow notepad with “My account is not hacked” written on it. The photo posted by Kanye himself quickly spread online, with people editing the pad to share messages, drawings, and other funny commentary meant to represent what might be going through his own mind.

Could he have known that this image would become an instantly iconic meme? We may never know, but one thing’s for sure: we’ll remember the Kanye West Notepad meme for years to come.

Adam Levine certainly isn’t the first celebrity to have their private text messages made public. But best believe his embarrassing exchanges are about to go down in meme history. Sure, it’s cringe-inducing to think of any of us having our deep thoughts (or lack thereof) aired online.

Levine definitely winces every time he sees one of his top memes of 2022 going viral. Can you blame him? On the other hand, this whole sappy affair did instill an important lesson in all of us—trust no one when it comes to getting your deepest secret shared with the world!

cop: can we come inside?

me: [knows minions are real because i ran one over with my car in 2019] what's this about officer

While the film itself received mixed reviews, what wasn’t in doubt was that it spawned a wave of new Minion jokes and memes. Some were best left forgotten, but there were a few jokes that were so good they could best be described as masterworks of comedy. If someone were to compile the best memes of 2022, they’d certainly have plenty to choose from, thanks to this movie.

My bookshelf when I come home with new books pic.twitter.com/FzjU5PE4LT

Euphoria undeniably provided audiences with some of the best memes of 2022. Whether it was Maddy Perez sassily delivering the iconic line “Bitch, you better be joking” or Cassie Howard’s captivatingly serene stare in the mirror, the girls of Euphoria delivered memorable content that had us all simultaneously laughing and mesmerized.

With each scene more thought-provoking than the last, we can’t wait to see what kinds of meme-worthy moments will come next.

And that’s a wrap on the most iconic memes of 2022! From “Bitch, you better be joking” to Will Smith slap, we’ve laughed (and cringed) our way through another year. Here’s to hoping that 2023 brings us even more meme-able moments!