Mark Mangaccat was shot to death by former co-worker. TWITTER

DALY CITY, California –A 31-year-old Filipino American Mark Mangaccat was shot and killed by former San Francisco International Airport co-worker who was in love with the victim’s wife.

Mangaccat had fetched his fiancée, Thandel Seinn, from her last shift at the airport former co-worker, Kevin Prasad, 31, shot him to death in their driveway. The couple had planned to move to Las Vegas to start a new life together with their 3-year-old-daughter, according to a report by ABC7News. 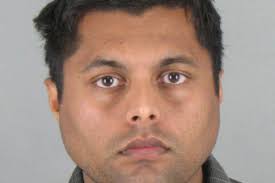 Suspect Kevin Prasad was allegedly in love with Mangaccat’s wife.

Seinn thought that Prasad was a friend who knew that she and Mangaccat had already been together for years. Thandel and Mangaccat were preparing to get married and relocate to Las Vegas with their daughter.

South San Francisco resident Prasad and 25-year-old Donovan Rivera of Hayward are charged in the murder of Mangaccat last Wednesday. Rivera was allegedly the getaway driver.

Prasad and Rivera did not enter pleas and will return to court on May 8 for appearance of their appointed Private Defender Program attorneys and to possibly enter pleas.