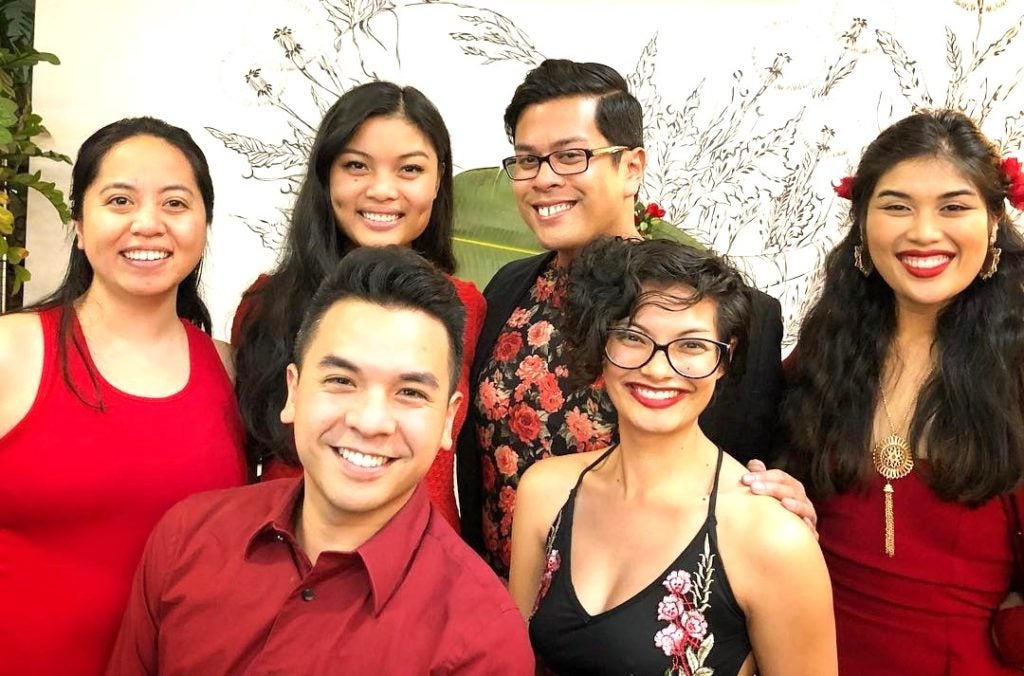 SAN DIEGO — Works by Filipino American playwrights will be featured in MaArte Theatre Collective’s “On the Flip Side: A Night of FOB-ulous Theatre” this May.

Seven short plays will be directed by young San Diego-based theater makers at the one-night-only showcase.

San Diego natives Thelma De Castro and Carol Cabrera are among the featured playwrights, the other five are from across the US.

“For the most part, the plays center around the children of immigrants,” says Christine Nathanson, co-artistic director of the group, referring to the “FOB” in the title, slang for “fresh off the boat”—a pejorative for new immigrants.

“Although none of the plays give specific commentary on the transition from the characters’ country of origin to the US, their experiences, relationships and personal demons reflect a deep sense of heritage.

“They wrestle with longing, expectations, body image, tradition and what it means to forge a new identity in a place that doesn’t always accept you.”

What’s in a name

MaArte Theatre Collective was established only a few months ago.

“We’re a group of Filipino American theater artists in San Diego who got tired of waiting for other companies to produce work featuring Asian stories, so we decided to do it ourselves.”

As evidenced by their upcoming production’s title, part of the group’s ethos is turning pejoratives and stereotypes on their heads and challenging old or long-held definitions, concepts and ideas.

It was co-artistic director Ciarlene Coleman’s suggestion that won the votes for the group’s name.

The group took off from the multiple meanings of “maarte,” which include “creative and artistic” and the less flattering, colloquial “picky, high-maintenance young woman” or “diva.”

“As an organization, we have chosen to reclaim and redefine this word. We, as young, opinionated, and present theater artists, have chosen to embrace all that ‘maarte’ entails,” says Nathanson.

“To us, it means bold. It means audacious. It means filled with the power of creativity. We are selective and we know exactly what we want—the fair and honest representation of the fullness of the Filipino-American experience—and we’re out to get it.”

“‘Debut’ was an announcement of our arrival, both as a collective and as Filipino American artists whose talents deserve to be recognized,” Nathanson says.

“We’re united in our Filipino identities, but that experience is incredibly diverse, complicated and, most importantly, hyphenated. We’re border-straddling, stereotype-defying Filipino Americans.”

“In order to survive as a freelance artist in San Diego, it is necessary to operate across multiple disciplines and do lots of things. We all consider ourselves multidisciplinary artists.”

The members’ combined inventory of experiences range from onstage talents such as acting, singing and dancing to backstage disciplines like directing, sound design, music composition, and choreography, among others.

There’s a list of off-stage skills and passions, too: graphic design, writing, arts administration, activism and “artivism” (i.e. activism through and using art). There is also at least one self-confessed donut enthusiast in the group.

The seven plays to be featured in “On the Flip Side” have varying durations.

Marc Abrigo’s “Distinguished Competition” is a five-minute piece about a casting-call for a new Asian comic book superhero while Carol Cabrera’s “Colored” is about Luke, who “has been gone a long time and has missed too many funerals” but is now back “but are his friends ready to forgive him and, more importantly, can he forgive himself?”

Other plays include “Accents” by Ciarlene Coleman, “High Stakes” by Ruth Pe Palileo, “That is Not Yours” by Molly Olis Krost, “Inay’s Wedding Dress” by Conrad Panganiban, and an excerpt from “Bachelor Moon” by Thelma De Castro.

After “On the Flip Side,” Maarte Theatre Collective plans to produce another cabaret performance—in what will hopefully “become a regularly scheduled event every few months.”

Another one-evening-only presentation of short plays is planned for the fall and a full-length new play is on the drawing board for next year.

“On the Flip Side: A Night of FOB-ulous Theatre” runs May 7 at Ocean Beach Playhouse, 4944 Newport Ave. D, San Diego, California. Visit MaarteTheatreCollective.weebly.com.