Experts said that a proposal to bar federal employees from using the Chinese app TikTok on government devices appeared to become law, threatening to blow the company’s reputation and scare off advertisers even if it does not affect many users.

As reported by Reuters, U.S. lawmakers early on Tuesday included the proposal in a key spending bill, virtually ensuring its passage later this week following a Senate vote to green-light a similar measure.

The move is the latest U.S. effort to crack down on the popular social media platform, which has been the subject of a slew of recent state bans and a long-running U.S. national security probe over fears the Chinese government could use the app to censor content or spy on Americans.

While the new federal ban is not expected to put a significant dent in TikTok’s estimated 130 million U.S. users, experts consulted by Reuters said the measure could damage the company’s reputation, which could, in turn, scare away valuable advertisers. 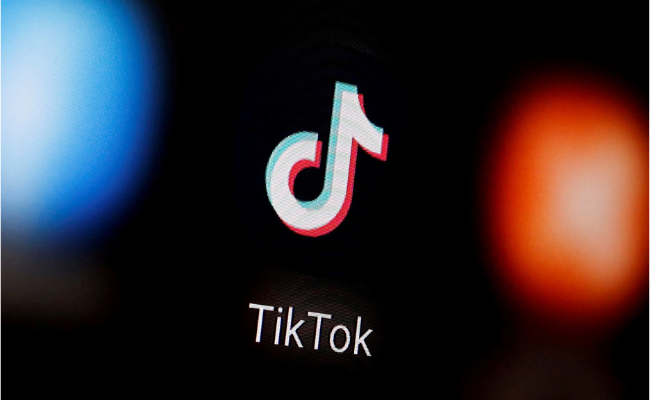 A TikTok logo is displayed on a smartphone in this illustration taken January 6, 2020. REUTERS/Dado Ruvic

“That is what TikTok is at massive risk for: of having that brand reputational (blow) impact the overall revenue monetization that they can make,” said Eunice Shin, a partner at brand strategist Prophet.

TikTok said in a statement it was “disappointed that Congress has moved to ban TikTok on government devices – a political gesture that will do nothing to advance national security interests – rather than encouraging the Administration to conclude its national security review.”

The ban was tucked into a massive omnibus measure to fund U.S. government operations expected to be voted on this week and then sent to President Joe Biden for his signature. The bill gives the White House Office of Management and Budget 60 days “to develop standards and guidelines for executive agencies requiring the removal” of TikTok from federal devices.

Many federal agencies, including the White House and the Defense, Homeland Security, and State departments, have banned TikTok from government-owned devices.

“The ban is minimal, extraordinarily minimal on the overall TikTok user base,” said Matthew Quint, a brand expert at Columbia Business School. “The question is more, ‘will this action get the ball rolling to create a bipartisan movement to fully ban the service because of a potential threat to national security?'”

But prior bids to ban the app have run up against free speech concerns. In 2020, Republican then-President Donald Trump attempted to block new users from downloading TikTok and to ban other transactions that would have effectively barred the app’s use in the United States but lost a series of court battles in part on free-speech grounds.

Efforts to ban the app have gained steam in recent weeks after U.S. FBI Director Christopher Wray said it poses national security risks last month, flagging the threat that the Chinese government could harness the app to influence users or control their devices.

On Monday, state agencies in Louisiana and West Virginia became the latest to ban the use of TikTok on government devices over concern that China could use it to track Americans and censor content.

Some 19 of the 50 U.S. states have at least partially blocked access on government computers to TikTok. Most of the restrictions came within the past two weeks.

The U.S. government Committee on Foreign Investment in the United States (CFIUS), a national security body, has for months sought to reach a national security agreement to protect the data of U.S. TikTok users. Still, no deal will be reached before the year’s end.