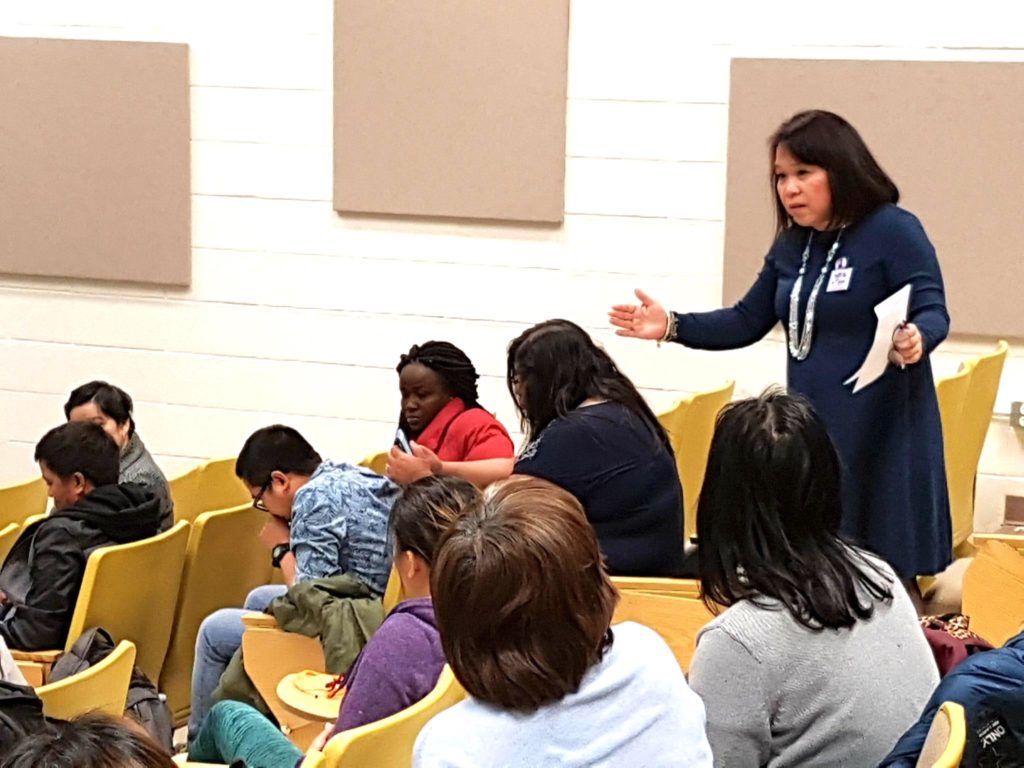 EDMONTON, Alberta – Caregivers and their advocates in Canada would like to see the backlog in permanent status applications reduced if not eliminated before the year’s end.

Immigration, Refugee and Citizenship Canada Minister Ahmed Hussen made a public announcement in December last year that he is aiming to decrease the backlog by 80%.

Caregiver advocates are keeping tabs on this promise but are also asking the government for a plan for the remainder of the backlogged caregivers who are awaiting the fate of their applications.

Labor leaders have again raised the backlog reduction issue amid a review by the government of the current caregiver program.

The review initiative immediately stirred panic in the sector, fueled by a warning from IRCC that it would no longer accept permanent status applications by November 2019.

Longtime caregiver rights advocate Vilma Pagaduan said she has met applicants who have been waiting for approval for 11 years. Particularly for Filipino applicants, she said that reasons for the delay may include being the spouse of a military or police personnel in the Philippines, work experience in the Middle East, and challenges with medical inadmissibility.

Pagaduan and other rights advocates called on the government to address the backlog issue in 2017. Their actions facilitated the approval of some 9,000 applicants she said.

The affected caregivers are mainly from the defunct Live-in Caregiver Program. In December 2017, when IRCC Ahmed Hussen made the commitment to cut the backlog, his office pegged the number to be about 19,000, which included the caregivers, their spouses or common-law partners, and dependents.

“Throughout the year, it can fluctuate as IRCC adjusts the processing rates to respond to different program priorities and variations in intake increases while carefully planning to achieve yearend objectives,” said Beatrice Fenelon, IRCC spokesperson in an email to INQUIRER.net.

Not only do caregivers have to endure long wait-times before being granted permanent status, but they also must shoulder the the associated costs.

Emily de la Cruz, 43, has been waiting for about nine years since she first submitted her application. She came to Canada under the LCP in Fort McMurray, some 435 kilometers from Edmonton City.

She has had to renew her open work permit five times, each costing her $255 and $100 for visa renewal. De la Cruz is also complaining of the hefty P6,000 medical checkup each for her three children in the Philippines, and $600 for her spouse here in Canada.

Meanwhile, her 17-year-old daughter has had to go through a few medical examinations as the results are only considered valid for a year. The delicateness of each examination is now starting to affect her.

She believes changes in her marital status in 2013 may be the cause of the delay in her application. In bad weather on April 16, her family went to Edmonton City — a 5-hour drive from Fort McMurray – to express concerns about significant processing delays to visiting IRCC officials.

“I feel we are becoming broken as a family because of this extended separation,” she said.

“Applications are assessed on an individual basis, based on the information provided by the applicant. This means that with any type of application, some applications will be straightforward and some will be more complicated,” said IRCC’s Fenelon. 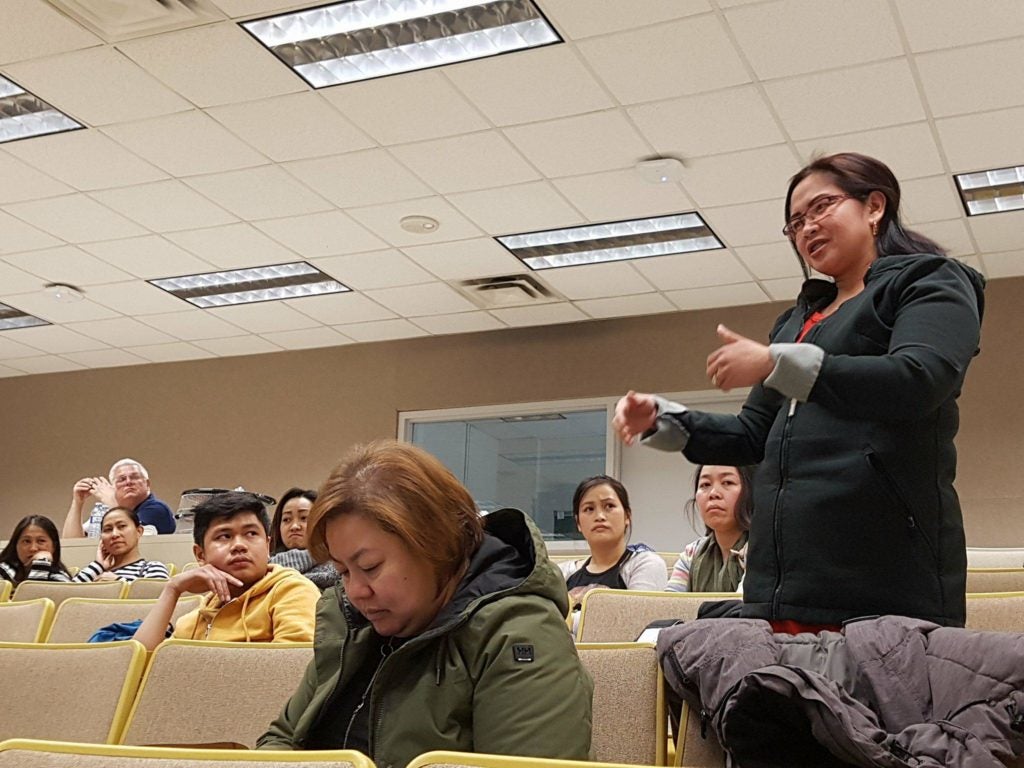 Emily dela Cruz, 43, attends a forum for caregivers in Edmonton City. She and her children have been waiting for permanent residency from the Canadian government for nine years. INQUIRER/Jhong de la Cruz

Pointing to some challenges “unique” to LCP applicants, she said that the caregivers are usually in Canada while their spouses and dependents are overseas.

“This often creates challenges in ensuring that all of the health, criminality, and security checks for all of the individuals on the application are valid at the same time,” said Fenelon.

“This also means, in most cases, that the caregiver and family members have been living apart for a few years, and during this time, there are often changes to the composition of the family that affect the processing of the application,” she added.

According to IRCC, the LCP Program backlog grew substantially between 2009 and 2013 as the number of applications for permanent residence received during those years was significantly higher than the number of spots allotted for the program in their annual levels plan.

The average number of caregiver permanent residents, including family members admitted between 2009 and 2013, averaged only about 11,000 per year. The backlog hit a high of about 62,000 in May 2014.

IRCC aims to finalize the remaining cases in the LCP backlog by maintaining a sustained permanent resident intake in the caregiver category.

Tell one, bring one

Advocates urge caregivers to come out and be heard in the ongoing caregiver program review.

Pagaduan, also referred to as “Ate Vi,” has been collecting names of caregivers who are stuck in the backlog and shares them with British Columbia’s MP (Member of the Parliament) Jenny Kwan. The politician’s office refers the cases to IRCC.

This initiative has helped some caregivers receive their permanent status according to Pagaduan. She has compiled some 50 cases submitted to the office of MP Kwan. She has called on backlogged caregivers to connect with her through her Facebook page entitled: Support group for TFWs, Caregivers, PSWs across Canada.

“They should submit their names as soon as possible, with a consent letter,” she said.

On April 16, IRCC revised its 40-year-oldrule involving immigration inadmissibility on grounds of medical conditions. It announced a threefold increase in cost threshold for medical conditions and amended definition of social services.

The move aims to bring into Canada more immigrants with disabilities and curb the number of denials for permanent residency applications. However, those who have become part of the backlog are questioning if the move will also address old applications.