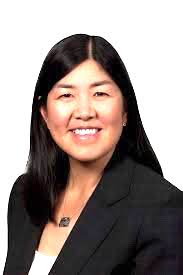 L. Bernette Ho is a new judge in Calgary, Canada.

L. Bernette Ho was appointed to the Court of Queen’s Bench in Calgary by the federal Liberal government. Known for her work in employment, human rights, privacy, and disability cases, Ho has also represented a variety of energy clients.

A partner with Norton Rose Fulbright Canada, Ho moved to Canada with her family in 1971. Born in the Philippines and of Chinese descent, she went to school in Cochrane and Calgary.

“Justice Ho has long believed in the value of community service, as demonstrated by her volunteer efforts with such organizations as the Calgary Inter-Faith Food Bank, the Salvation Army and Theatre Calgary, where she was a member of the board of directors,” said the government’s announcement of the appointment, according to a report by the Calgary Herald.

Ho was also a board member for the Legal Education Society of Alberta until her appointment, and has been a volunteer with the Law Society and Alberta Bar Admission.