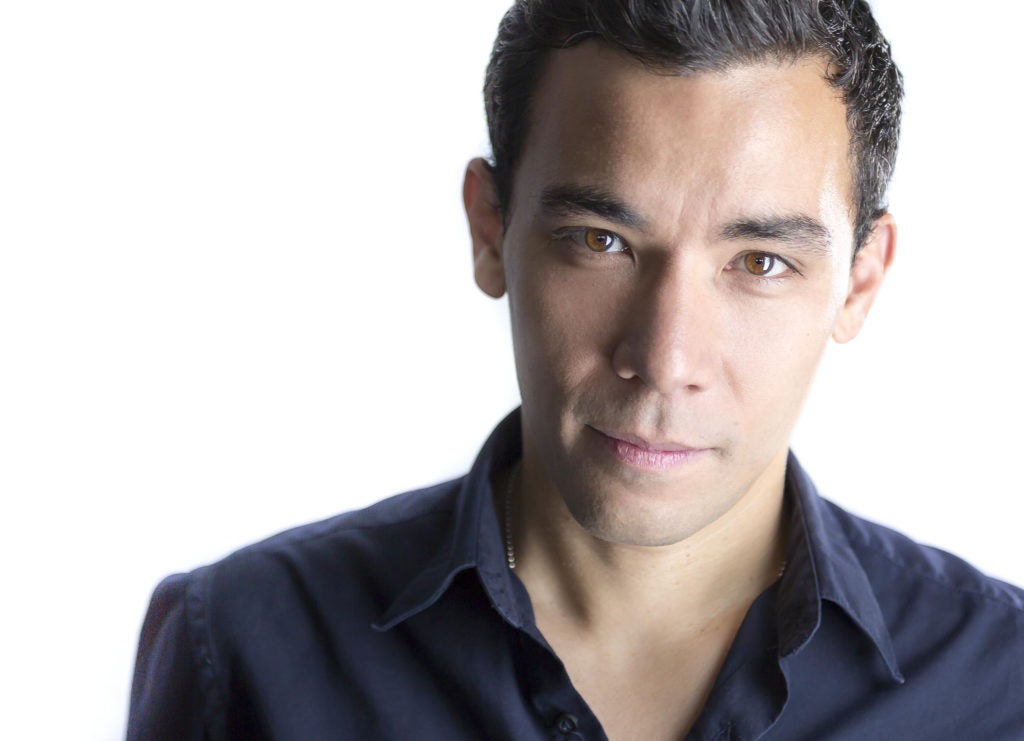 LOS ANGELES — Conrad Ricamora and other Filipino American actors are part of the cast of Center Theatre Group’s world premiere of “Soft Power.”

Ricamora plays a Chinese executive who visits the US and falls in love with an American leader as the power balance between the two countries shifts after the 2016 US election.

This “play with a musical” is written by David Henry Hwang with music composed by Jeanine Tesori and directed by Leigh Silverman.

Tesori composed the music for the musicals “Shrek the Musical” and “Fun Home.” (Lea Salonga performed in the 2016 Manila production of “Fun Home.”)

Hwang is most known for his play “M. Butterfly.” (Alec Mapa took over the lead role of Song Liling from BD Wong in the original Broadway run and went on to play the role in the play’s national tour.)

Hwang has also written a revised version of the musical “Flower Drum Song” that starred Salonga and Jose Llana on Broadway.

The other Fil-Am actors in the cast of “Soft Power” include Billy Bustamante (whose Broadway credits include “Miss Saigon”), Jaygee Macapugay (“School of Rock”), Maria-Christina Oliveras (“Amelie”), and Geena Quintos (“Miss Saigon”).

The term “soft power” is used to describe a persuasive approach to international relations, typically involving the use of cultural influence.

The play is described as “rewinding recent political history and plays it back, a century later, through a Chinese East-meets-West musical.”

Ricamora is known for his portrayal of Oliver Hampton on the television series “How to Get Away with Murder.”

His theater credits include playing Lun Tha in the Broadway production of “The King and I” opposite Jose Llana, who was one of the actors who played the King of Siam during the show’s run (and is currently playing the role in the production’s national tour). 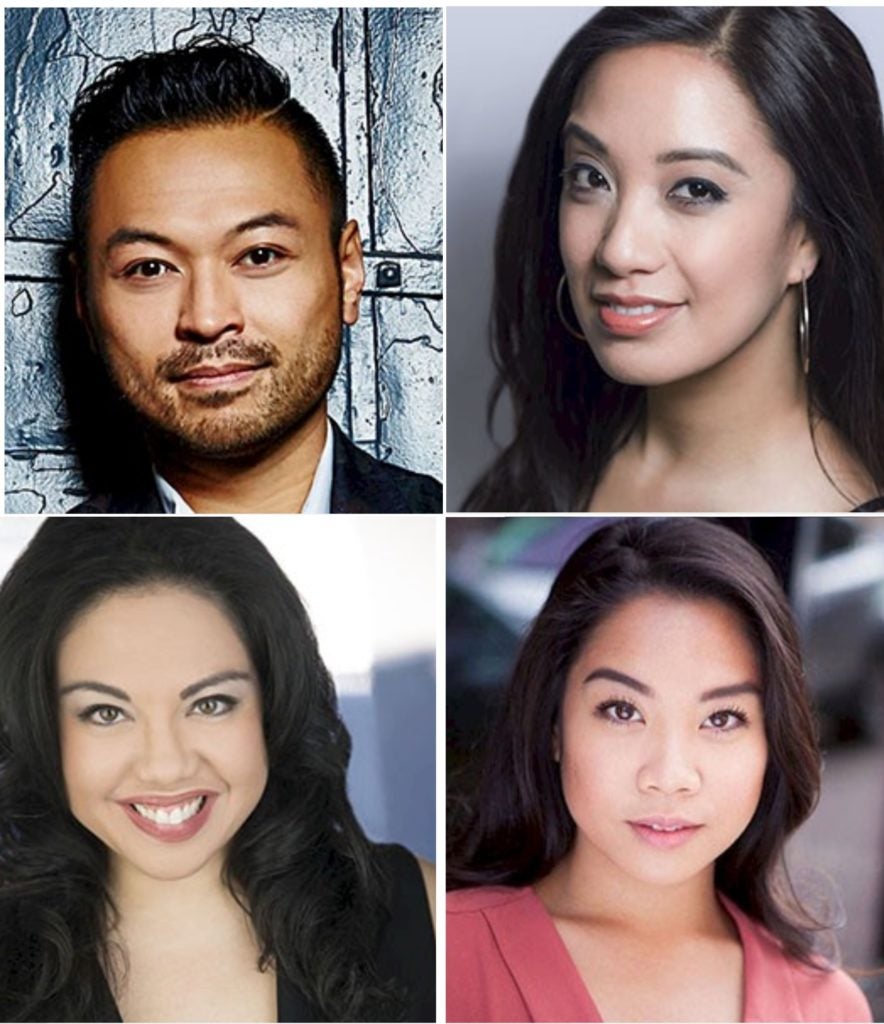 “It’s been incredibly moving and challenging, because they are so brilliant and work so fast,” says Ricamora of collaborating with Hwang and Tesori.

“They can write brilliant new dialogue and music on the spot so it can be hard to keep up with that level of genius.

“Luckily, they are also very kind and generous collaborators so they are patient when I need extra time to implement new script or score changes.”

Unlike Ricamora’s previous theater assignments, the role he is stepping into this time has to be crafted from the ground up.

“It’s challenging, because there is no template to work from,” he says. “When I did ‘King and I’ three years ago, it was a show and character that had been done for decades. There were multiple recordings and movies to reference.”

Since “Soft Power” is a new play, actors have the opportunity to have a hand in building their characters. “Sometimes doubt can creep in when you feel like you are trying to do something the ‘right’ way.

“But then you remember that there is no ‘right’ way and that becomes very freeing. That’s also what is so fun. It’s never been done before, so you don’t have to compare yourself to anyone else.”

Meanwhile, he is enjoying working with colleagues from previous productions of “Here Lies Love,” namely Bustamante, Macapugay and Quintos. 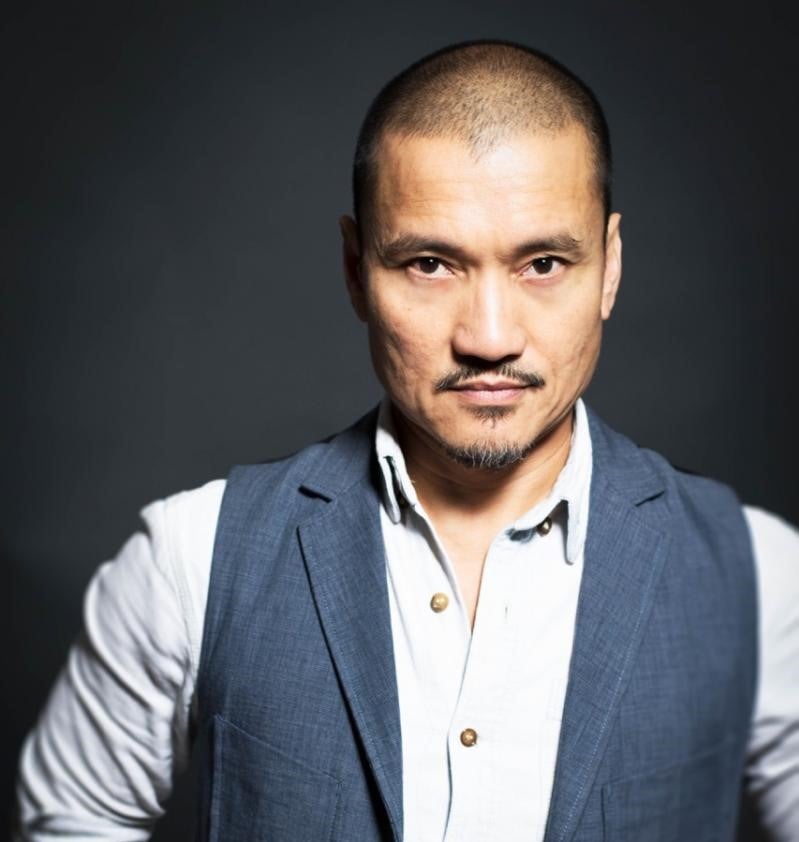 “They are family at this point. Plain and simple,” he says.

“There is an instant level of comfort and a deep bond there. We have all been through so much with each other over the years that it’s nice to have that feeling of safety in the room.”

Ricamora believes that “Soft Power” exposes “so many current political and racial themes that are very pressing in our world right now.”

On April 30, EWP will hold its 52nd anniversary Visionary Awards dinner and silent auction to recognize “the achievements of individuals who have raised the visibility of the Asian Pacific American community through their craft.”

Briones joined the original London cast of “Miss Saigon” in 1989 and went on to play the role of the Engineer in several countries, including the recent 2014 London revival and 2017–18 Broadway revival.