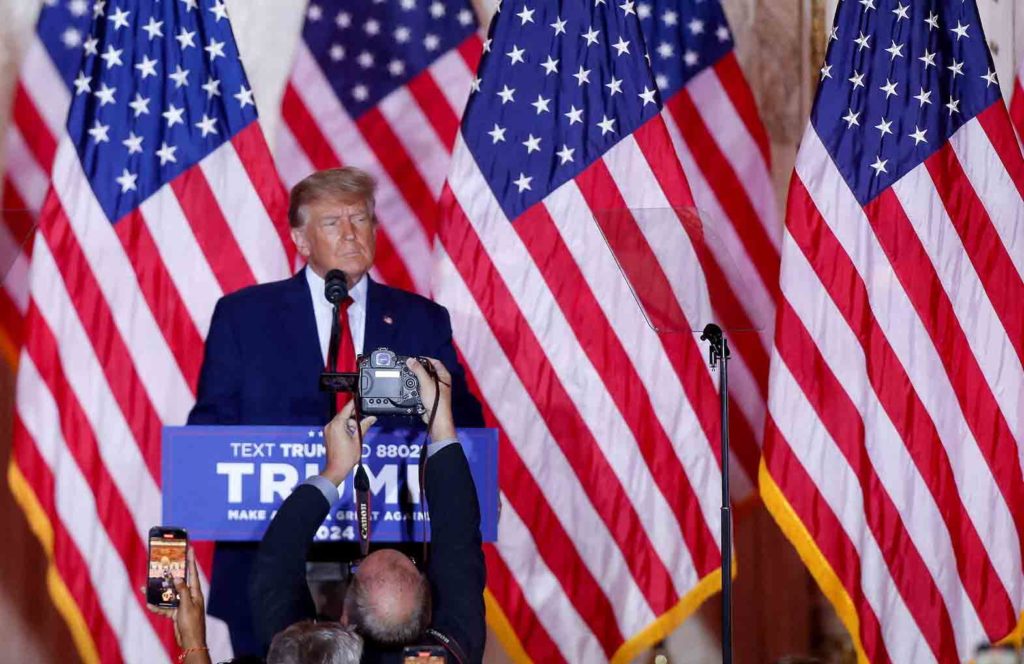 Former U.S. President Donald Trump makes an announcement of his plans to run for president in the 2024 U.S. presidential election at his Mar-a-Lago estate in Palm Beach, Florida, U.S. November 15, 2022. REUTERS/Octavio Jones/File Photo

The U.S. Justice Department has asked a federal judge to hold Donald Trump’s office in contempt of court for failing to fully comply with a subpoena to return all classified documents in the former president’s possession, the Washington Post reported on Thursday, citing people familiar with the matter.

U.S. District Court Judge Beryl Howell has not yet held a hearing or ruled on the request, the newspaper reported.

One of the key areas of disagreement centers on the Trump legal team’s repeated refusal to designate a custodian of records to sign a document attesting that all classified materials have been returned to the federal government, the report added.

Trump’s side has taken the position that such a request is unreasonable, according to the Washington Post.

The filing for the request was sealed, the newspaper said.

The Justice Department declined to comment on the report.

A Trump spokesman told Reuters that the former president’s lawyers “continue to cooperate and be transparent,” while describing the probe as “a political witch hunt.”

Also on Wednesday, the U.S. Court of Appeals for the 11th Circuit formally entered its judgment to end the use of a third-party special master to review records in the Trump documents investigation, a move that frees up the Justice Department’s ability to access the roughly 13,000 records seized by the FBI at Trump’s Florida estate for its ongoing criminal probe.

“President Trump will continue to fight against weaponization of law enforcement and pursue appropriate legal avenues to obtain the items that were brazenly and illegally seized from his home during the Biden regime’s unconstitutional raid,” Trump’s spokesman added.

The Justice Department is investigating whether Trump broke the law by retaining U.S. government records, some marked as top secret, after leaving office in January 2021.

Trump, who last month announced a third run for the presidency in 2024, is facing multiple legal troubles.

The Department of Justice is also investigating his efforts to overturn the results of the 2020 presidential election. He faces a state probe over a push to reverse his election loss in Georgia. On Tuesday, his company was found guilty of tax fraud by a jury.