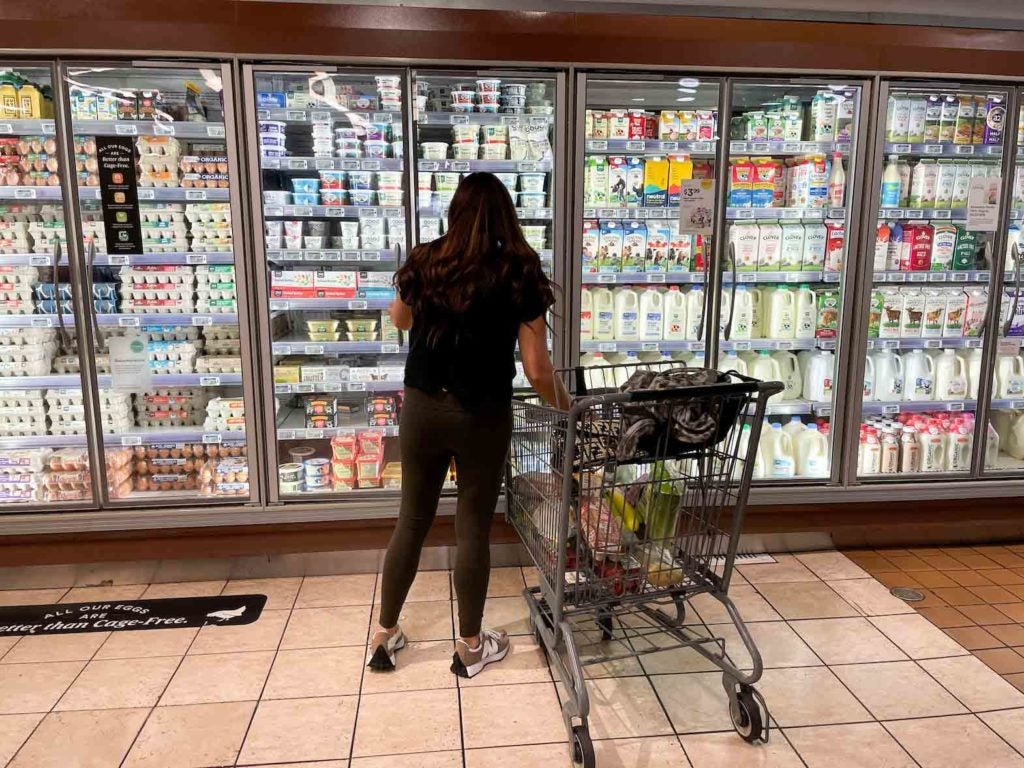 WASHINGTON – U.S. consumer spending increased solidly in October, while inflation moderated, giving the economy a powerful boost at the start of the fourth quarter as it faces rising headwinds from the Federal Reserve’s aggressive monetary policy tightening.

The labor market, the economy’s other pillar of support, continues to show resilience. The number of Americans filing new claims for unemployment benefits declined last week, almost unwinding the prior week’s jump, which had lifted claims to a three-month high, other data showed on Thursday.

The outlook was, however, darkened by news that manufacturing activity contracted in November for the first time in 2-1/2 years, with factories reporting weakening demand. Still, economists remain cautiously optimistic that an anticipated recession next year would be short and mild.

“The consumer is alive and well,” said Christopher Rupkey, chief economist at FWDBONDS in New York. “Right now, even if consumers do not buy anything more in November and December, real consumer spending is running well above normal and in no way, shape or form looks like a recession.”

Consumer spending, which accounts for more than two-thirds of U.S. economic activity, jumped 0.8% after an unrevised 0.6% increase in September, the Commerce Department said. October’s gain was in line with economists’ expectations.

Inflation adjusted consumer spending rose 0.5%, the most since January. Economic growth estimates for the fourth quarter are as high as a 2.8% annualized rate. The economy grew at a 2.9% pace in the third quarter.

Spending on goods increased 1.4%, driven by purchases of motor vehicles, furniture and recreational goods. Outlays on services gained 0.5%, lifted by spending at restaurants and bars as well as on housing and utilities.

Strong wage gains, one-time tax refunds in California, which saw some households receiving as much as $1,050 in stimulus checks, and cost of living adjustments for food stamp recipients fueled spending. Personal income rose 0.7%, the most in a year.

Income at the disposal of households after accounting for inflation increased 0.4%. But consumers also tapped into their savings to fund their purchases. The saving rate dropped to 2.3%, the lowest since July 2005, from 2.4% in September.

Dwindling savings raise doubts on the sustainability of the current pace of spending.

“Each month that consumers forfeit saving for the future in order to sustain a rate of spending that exceeds their income, the more it dents their ability to weather the coming storm,” said Tim Quinlan, a senior economist at Wells Fargo Securities in Charlotte, North Carolina.

Other economists, however, argued that the saving rate was merely normalizing.

“Only a portion of the excess saving accumulated in the first year of the pandemic has been spent,” said Scott Hoyt, a senior economist at Moodys’ Analytics in West Chester, Pennsylvania. “Credit is also available for many despite becoming more expensive.”

Fed Chair Jerome Powell said on Wednesday the U.S. central bank could scale back the pace of its interest rate hikes “as soon as December.” The Fed is in the midst of the fastest rate-hiking cycle since the 1980s.

The personal consumption expenditures (PCE) price index rose 0.3% after advancing by the same margin in September. In the 12 months through October, the PCE price index increased 6.0%. That was the smallest year-on-year gain since December 2021.

The Fed tracks the PCE price indexes for its 2% inflation target. Other inflation measures have shown signs of slowing. The annual consumer price index increased less than 8% in October for the first time in eight months.

Stocks on Wall Street surrendered early gains after the Institute for Supply Management reported that its manufacturing PMI fell to 49.0 last month. That was the first contraction and also the weakest reading since May 2020, when the economy was reeling from the initial wave of COVID-19, and followed 50.2 in October.

A reading below 50 indicates contraction in manufacturing, which accounts for 11.3% of the U.S. economy. According to the ISM, the index would need to fall below 48.7 to signal a recession in the broader economy. Softening demand was the dominant theme among manufacturers, with most blaming “uncertain economic conditions” that lie ahead.

Despite the uncertainty, the labor market remains tight. A third report from the Labor Department showed initial claims for state unemployment benefits dropped 16,000 to a seasonally adjusted 225,000 for the week ended Nov. 26.

Claims had jumped to 241,000 in the prior week. While some of the rise likely reflected a surge in layoffs in the tech sector, claims also tend to be volatile at the start of the holiday season as companies temporarily close or slow hiring.

layoffs in November in the technology, finance, and real estate sectors, but noted that “some contacts expressed a reluctance to shed workers in light of hiring difficulties, even though their labor needs were diminishing.”

“The jobless claims data provide no evidence of a weakening in the labor market through late November,” said Conrad DeQuadros, senior economic advisor at Brean Capital in New York.