A class action lawsuit means one party represents a group of people. The plaintiffs include school staff, teachers, and parents in this case.

On Tuesday, they filed the lawsuit in a federal court in Austin. It cites the prolonged inaction from nearby authorities before responding to the mass shooting. 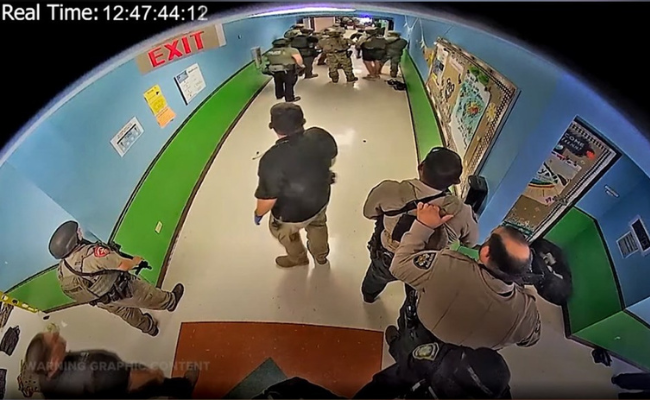 On May 24, a shooter gunned down students and classrooms at Robb Elementary School. In response, officers rushed to the scene.

Unfortunately, they waited 77 minutes after the shooter entered two classrooms before moving in and killing the suspect.

Consequently, the survivors filed a class action lawsuit, which names the following groups:

It said that law enforcement officers “fundamentally strayed from conducting themselves in conformity with what they knew to be the well-established protocols and standards for responding to an active shooter.”

“Instead of swiftly implementing an organized and concerted response to an active school shooter who had breached the otherwise ‘secured’ school buildings at Robb Elementary school, the conduct of the three hundred and seventy-six (376) law enforcement officials who were on hand for the exhaustively torturous seventy-seven minutes of law enforcement indecision, dysfunction, and harm, fell exceedingly short of their duty bound standards.”

Aside from law enforcement, the lawsuit seeks damages from the firearm manufacturer and store that provided the Uvalde shooter’s weapons.

It claims that Oasis Outback sold him equipment, “effectively providing him with an inordinate amount of guns, accessories, and ammunition that should have foreseeably raised significant flags of concern.”

Moreover, it wants the gun company Danial Defense to cease “its marketing campaign directed at young, underage youth wherein it irresponsibly dismisses and makes light of the dangerousness of their firearms.”

Attorney Charles Bonner said anyone else in the “zone of danger” could join the Uvalde class action lawsuit.

He also told reporters, “Parents were telling us that kids are threatening suicide. They’re totally changed from what they were on May 23, the day before the incident.”

“One child is having the nightmare that she’s having a heart attack…. The parents are traumatized because they’ve seen this totally night-and-day change.”