Kanye appeared on the Infowars news show and shocked the world by saying, “I see good things about Hitler.”

Then, he repeatedly praised the Nazi leader in front of host Alex Jones. Ye also claimed that the Jews had manipulated our view of the WWII figure:

“The Jewish media has made us feel like the Nazis and Hitler have never offered anything of value to the world.”

Why did Kanye praise the Nazi leader? 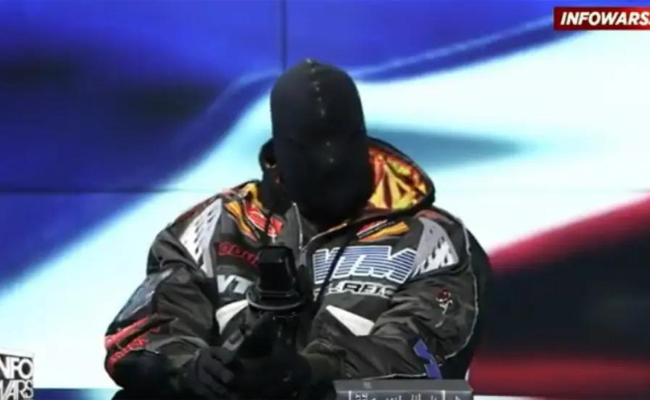 Ye has been openly vocal about his anti-Semitism and pro-Hitler views.

Consequently, major brands like Balenciaga, GAP, and Adidas have distanced themselves from him. On Thursday, West doubled down on his surprising beliefs.

Alex Jones interviewed him on the Infowars talk show while wearing a black hood over his head.

The former was a well-known conspiracy theorist who must pay $473 million in damages after claiming the Sandy Hook shooting was false.

Jones told Ye, “You’re not a Nazi. You’re not Hitler. You don’t deserve to be called that and demonized.”

The host was not prepared for the artist’s response. Surprisingly, West replied, “I see good things about Hitler. Then, the music artist added:

“But this guy [Hitler] that invented highways and invented the very microphone that I use as a musician, you can’t say out loud that this person ever did anything good. I’m done with that.”

“I am done with the classifications. Every human being has something of value that they brought to the table, especially Hitler.”

After the Hitler comments, Jones told Kanye West he had a “fetish” and declared that he did not like Hitler or the Nazis.

Yet, the rapper had another bombshell for the host. Before the commercial break, Kanye West replied, “I like Hitler.”

Kanye West plans to run for president in 2024, but his recent Hitler comments could ruin his chances.

Ye’s outrageous views have pushed away many people in his life due to his negative influence. For example, Julia Fox says her former relationship with the rapper impacted her career.