Why Am I So Emotional? 10 Reasons Why and How to Handle It

Why Am I So Emotional? 10 Reasons Why and How to Handle It

Do you ever wonder, “Why am I so emotional?” You try to control it, but you can’t place your hands on what triggered these emotions. You’re not alone; this is a common phenomenon among many people.

These emotions could come as a one-time thing, but sometimes you notice it keeps happening. In this article, we will be delving into all the basics of heightened emotion, its causes, triggers, and how you can handle it.

Why Do You Have All These Emotions? 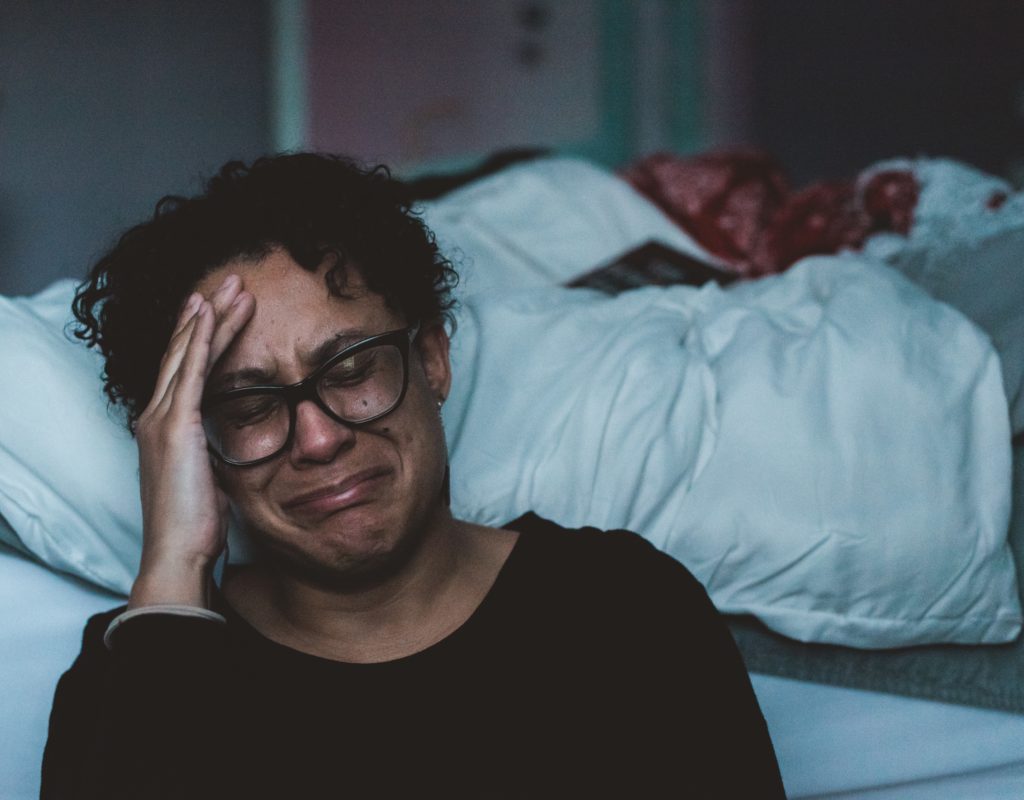 Before we go deeper into this, there is something you have to keep in mind. Emotions are an integral part of every human personality; they help keep you in check and highlight what your body needs at the time.

A therapist from ‘A Better Life Therapy’ says, “since the days of early humans, emotions served as form adaptive mechanism to keep us safe from elements and predators,” “and even now in modern times, they are still very important in telling us what would be harmful to us or not”

Being Emotional Can Be Healthy

According to Emma Carpenter, M.A., there is no such thing as bad or good emotions; all emotions are just signals. Emotions keep us away from our bodily surroundings, motivate us, and help us connect. These signals may come in different intensiveness, one that signals pain would be harder and louder than one that signals hunger. So emotions are there to keep you aware of what’s to change or stay the same.

These emotions become unhealthy and problematic when a person doesn’t know how to control them and keep them in check. This would make them linger for longer. For example, there might be better moves than impulsive reactions to certain emotions. Sometimes you need to stop, think, and make intelligent decisions that could help you overcome these emotions rather than surmount them.

In simpler terms, Emotions are generally good; the inability to handle them is the problem. 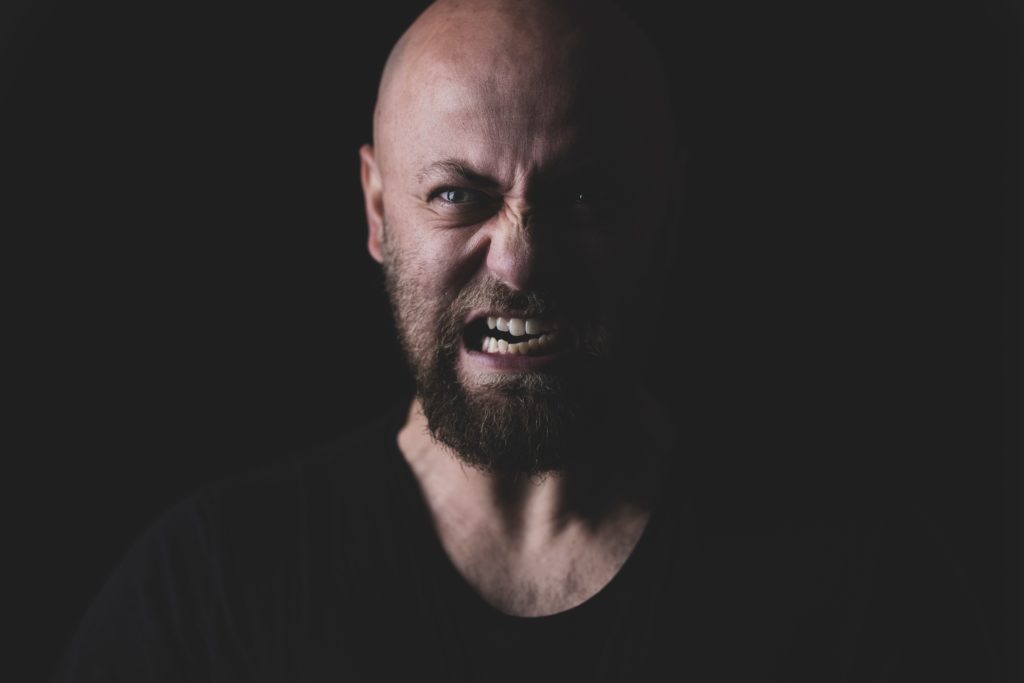 Some reasons why you might be feeling emotional includes:

Several Scientists have claimed that the body requires at least 8 hours of sleep daily to be fully functional. Lack of sleep or insomnia has been proven to be one of the major reasons why people find it hard to control their emotions. It also causes rumination, which is a repetitive thought process, and then anxiety.

Scientists all over the world have disclosed the importance and relation of food with our mental health. How you feel is greatly influenced by what you eat, which is why there is Nutritional psychiatrist all over the place. It was discovered some years back that a healthy Mediterranean diet can increase emotional wellness, especially among women.

If you notice a recent wave of emotions you can’t seem to put in check, there is a possibility this has to do with your diet. Try to identify the root cause, change it, or change the entire diet.

Exercise is another major factor in mental health. Exercise is a great way to increase your endorphin levels, therefore, developing clearer minds. Everyone has their preference for exercising, and there is no rule on what type works best. Whether it’s yoga, morning sit-ups, push-ups, or heavy weight lifting, your body’s general movement generates better mental health.

Stress is a major cause of a lot of unhealthy emotions. After a long and annoying day at work, there is a possibility you’ll feel a rush of irritation, moodiness, and sometimes anger.

Yoga is a great anti-depressant. You could also listen to calm, gentle music and do whatever gets you less stressed.

Change is one of those things we can’t control in life, whether it’s moving to a new home, a new relationship, the loss of a family member, or any transition. These changes have a huge tendency to shape our emotions, most times for a very long period.

Research has disclosed that using mindfulness as a tool to respond to stress could help keep your emotions in check.

Traumas are the number 1 tailor of emotions and general mental health. Traumas like Sexual assaults, accidents, injuries, and major illnesses tend to leave lasting damage to a person’s mental health.

People with trauma tend to grow up with emotions like fear, guilt, sadness, and anger. In extreme situations, they could suffer from a more clinical mental disorder like clinical depression or bipolar disorder.

In situations of uncontrolled emotions as a result of traumas, you should seek the help of a professional psychiatrist. Wading through situations like this is particularly difficult when you go through them alone.

You should also note that people who face traumas from the point of lack of security tend to have a lot more emotional triggers than others.

In the medical field, it is understood that most emotions are caused by over or under-secretion of certain hormones in the body. In situations where the secretion of these hormones is out of control, there would be an irrational flux of emotions. This condition is mostly noticed among women, especially those going through PMS or pregnancy.

Psychiatrists say the best way to handle this condition is to keep the impermanence of emotions in mind. Understand that it won’t last forever, and try not to be tossed about by your emotions.

Depression and Other Mental Health Conditions

Mental conditions like depression, anxiety, ADHD, or Bipolar disorder are major reasons to feel heightened uncontrollable emotions. People with anxiety are usually filled with fear about what has happened or what’s to happen.

People with depression, on the other hand, will experience what is known as emotional muting, suppressing their emotions till they can’t see them and not wanting to talk to anyone about it.

We said earlier that emotions are signals; you should take a proper look at them and make sure they are not just lies trying to trigger fear.

You’re Out of Touch With Your Emotions

Suppressing your emotions isn’t the same as handling them. Suppressing it is more like hiding and compounding it over and over again until it can no longer be ignored then it blows up into all forms of uncontrollable emotions.

Emotions aren’t bad, and they are not something to run from. Several cultures encourage the belief that it is wrong to feel a certain kind of way, especially among the male gender. How you feel is normal and healthy; suppressing it is dangerous.

There are several reasons for being emotional, but we must not forget that some people are naturally more sensitive than others. These people are commonly known as highly sensitive persons (HSPs), making up about 20% of the world’s population. According to Carpenter, HSPs tend to feel deeper emotions about situations or things, so they’ll invariably be prone to a higher expression of these emotions.

Healthy Ways to Process Your Emotions 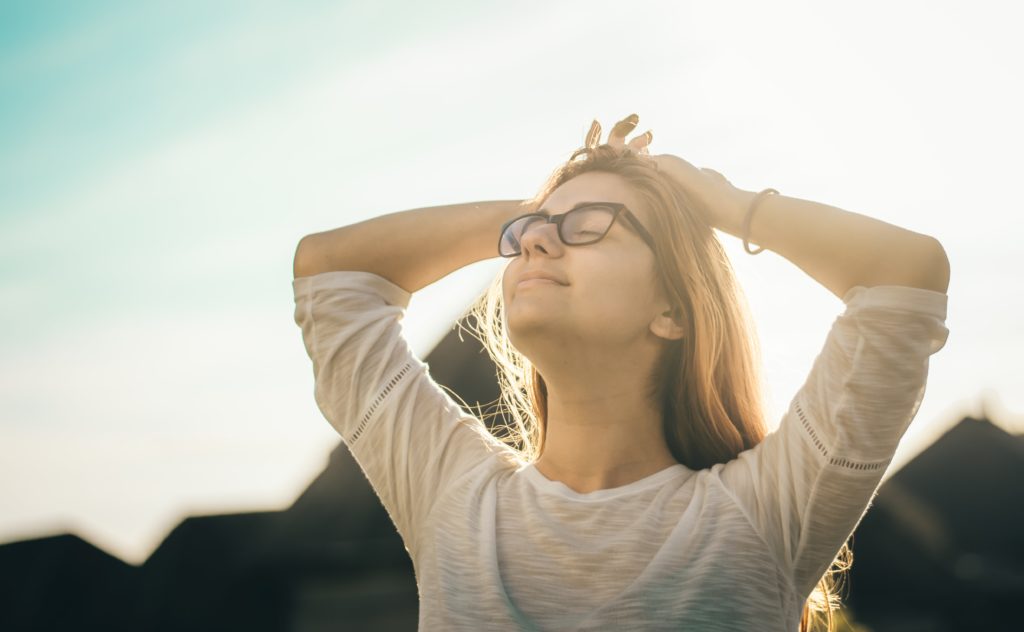 Many people struggle with the question, “why am I so emotional?” The rush of emotions might come in several grades, sometimes just a little uneasiness or anxiety about something about to happen, and sometimes you break into uncontrollable tears for no reason. When Emotions overwhelm you, don’t let them get the best of you; walk through them.

It is better to process your emotions than bury them because, eventually, they’ll blow up. Here are a few simple techniques to keep your emotions in check.

Ignoring your emotions would do you no good; acknowledge them and make a conscious effort to fix them. You can also understand them better by identifying where they reside on your physical body and what they mean.

Happiness, rage, and sadness are all valid emotions and great tools for channeling your attention. State what you feel clearly, “I feel anger,” and remember that you are not your emotions; emotions are temporary.

Emotions can be divided into sections; on the one hand, you have the core emotions. These emotions signal us about the world around us, like sadness, sexual pleasure, excitement, fear, and son. And on the other hand, inhibitory emotion makes sure you don’t experience these core emotions like guilt, shame, anxiety, and so on.

Recognize the Impermanence of Your Emotion

As I said earlier, emotions won’t last forever, so keep this in mind as you maneuver your day-to-day activities.

No emotion happens; they are the results of either past traumas, the kind of day you had, what’s going on around you, or hormones. Search for the origin of these emotions, and ask yourself, “why do I feel this way.”

You generally can’t control how you feel at the time; even when you think you did, you probably ignore it, which is unhealthy. But you can control how you act when you feel some way, so pay more attention to acting right regardless of your emotions.

Meditate With a Mantra

Meditation is a good method of keeping a straight head. When you meditate, do it with a phrase in mind, this will help you keep your mind focused. Dowling advises that you use this phrase “Breathe in peace, love, forgiveness. Breathe out anything that no longer serves me”.

When to Seek Help

If you feel like nothing is working and your emotions are going out of control, this is a sign that you need to speak to someone. Sometimes these emotions become so uncontrollable that they affect your job, relationship, and health. You need to speak with a professional psychiatrist; you might not be able to go through this alone.

I have listed several proven techniques to handle heightened emotions, and if you follow these methods, you should have a full grasp of handling your emotions. However, there are extreme situations where it’s mandatory to speak to someone; make sure you do.

If you ever feel suicidal, even just once, don’t hesitate to call the National Suicide Prevention Hotline at 1-800-273-8255