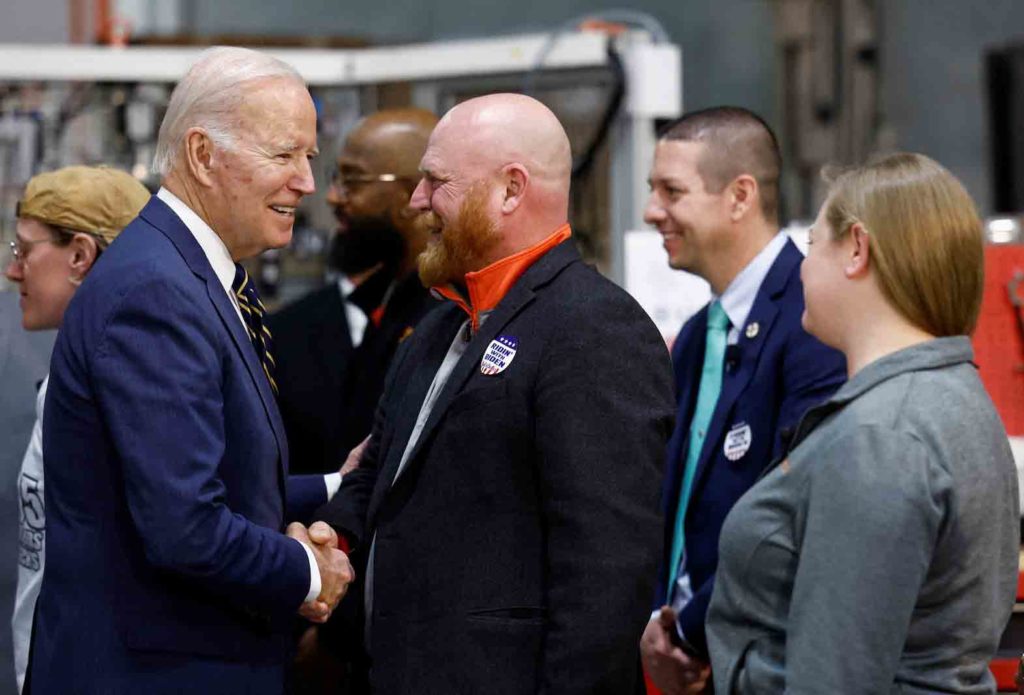 WASHINGTON – U.S. President Joe Biden’s public approval rating rose to 40% this week, boosted by increased support within his Democratic Party, according to a Reuters/Ipsos poll finished on Tuesday.

The two-day national poll still shows Biden’s approval near the lowest level of his presidency. His general unpopularity weighed on Democrats in the Nov. 8 midterm elections when Republicans narrowly seized control of the U.S. House of Representatives.

Biden, who turned 80 this month, has said he intends to run for reelection in 2024 and would likely make a final decision early next year after consulting with his family. His political prospects got a boost in the midterms when Democrats, while losing control of the House, still performed better than expected.

This week, Biden’s approval rating rose 3 percentage points from 37% in a Nov. 21-22 poll. Seventy-eight percent of Democrats in the poll said they approved of his job in the White House, up from 73% in the prior poll. His support among Republicans held at 9%.

Taking office in January 2021 in the middle of the COVID-19 pandemic, Biden’s term has been marked by the economic scars of the global health crisis, including soaring inflation. This year, his approval rating drifted as low as 36% in May and June.

The Reuters/Ipsos poll, conducted online in English throughout the United States, gathered responses from 1,005 adults, including 453 Democrats and 365 Republicans. It has a credibility interval – a measure of precision – of 4 percentage points either way.