Respect for Marriage Act: How it can protect couples

Respect for Marriage Act: How it can protect couples

US Senate passed a bill on Tuesday to protect interracial and same-sex marriage. Republicans and Democrats joined together to protect these rights.

The bill’s passing came amidst worries that it might be Supreme Court’s next target after taking away abortion rights. And yet, the voting results were still disappointing, with 36 Republican senators voting against this significant measure.

In addition, 12 Republicans voted in favor of the bill. After voting, the bill will go next to the House for approval. Then, President Biden can finally sign it to become law.

What Is Respect for Marriage Act? 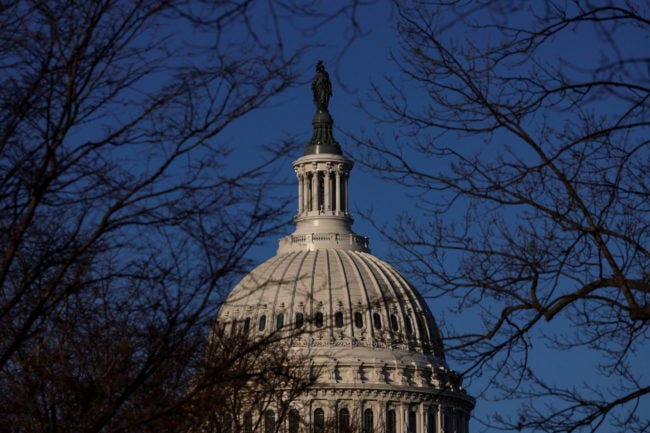 FILE PHOTO: A view of the U.S. Capitol building as the sunrises in Washington, U.S., February 10, 2022. REUTERS/Brendan McDermid/File Photo

A bill that aims to strengthen and protect marriage rights in federal law. But these marriages are still covered by an existing Supre Court nationwide ruling.

Senate Majority leader Chuck Schumer said this decision is excellent progress in the “long but inexorable march towards greater equality. By passing this bill, the Senate is sending a message that every American needs to hear: no matter who you are or love, you deserve dignity and equal treatment under the law.”

What can the Respect for Marriage bill protect?

I just called my daughter and her wife—who are expecting a baby next spring—to let them know that this Senate passed the Respect for Marriage Act!

What a great day! pic.twitter.com/K3ZKM7r5Zo

This act will serve as the shield if the US Supreme Court ever strikes down the constitutional rights of same-sex marriage. If this happens, the status of unions could possibly go back to the states you are in. Whereas some states still have same-sex marriage restrictions.

The Respect for Marriage bill also requires states to acknowledge valid same-sex marriages that happened in other states. It would also assure married same-sex couples to have equal federal benefits.

Will all states allow same-sex marriage under this law?

No, the Respect for Marriage act will not require all states to allow same-sex marriage. Considering that it is the current status under the Obergefell v. Hodges decision.

But instead, the Respect for Marriage Act will be helpful if the Supreme Court overturns Obergefell. This act will then require states to honor marriages that took place in legal places.

What are the exceptions to this law?

Religious exceptions are in place. Republican supporters have focused on the Senate version, which includes protecting religious and non-profit organizations from supporting same-sex unions.

West Virginia Sen. Shelley Moore said, “I will be supporting the substitute amendment because it will ensure our religious freedoms are upheld and protected, one of the bedrocks of our democracy.”

In addition, there’s still light on this issue as several religious groups have already supported the historic Obergefell v Hodges decision. It includes the Church of Jesus Christ of Latter-day Saints, which said that the bill and the scope of its protections of religious freedoms  “is the way forward.”