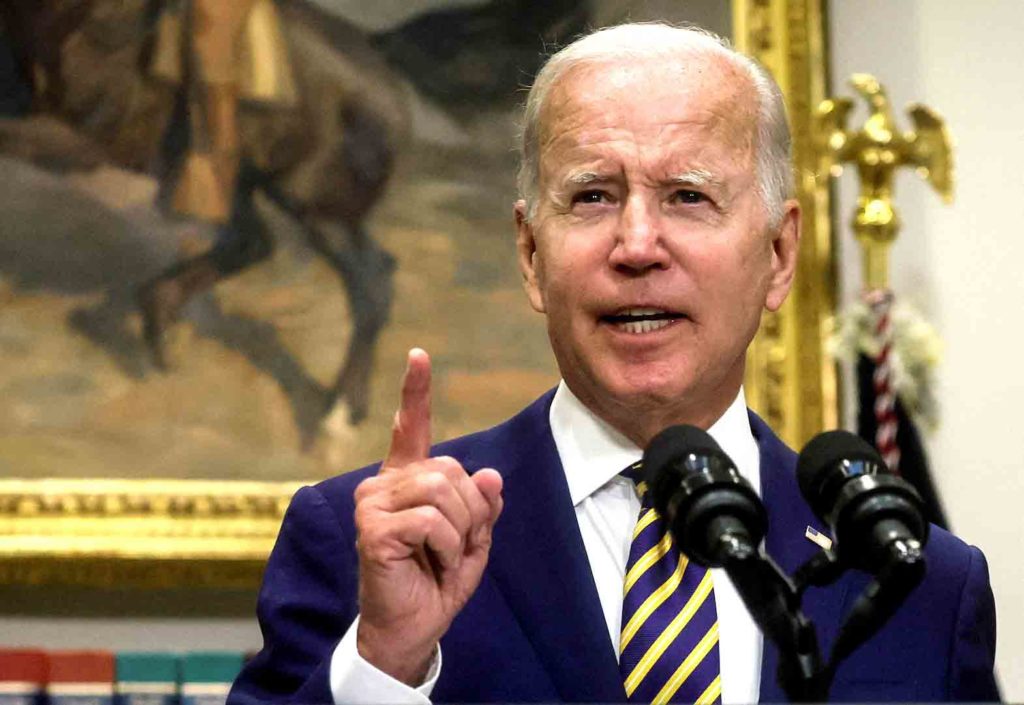 President Biden said on Tuesday he was confident the plan is legal, and announced new, temporary relief for borrowers that may mean their next loan payment is not due until August 2023. REUTERS

Biden said on Tuesday he was confident the plan is legal, and announced new, temporary relief for borrowers that may mean their next loan payment is not due until August 2023.

On Nov. 22, Biden said he would extend the COVID-19 pandemic-era pause in student loan payments until no later than June 30, 2023. The pause will allow the U.S. Supreme Court to review his administration’s requests to lift lower court orders blocking the plan, which affects loans held by the Department of Education.

Payments will resume 60 days after the pause ends, Biden said.

WHAT HAPPENS NEXT WITH THE COURT CASES?

The Biden administration has asked the Supreme Court to put on hold a Nov. 14 decision by the St. Louis, Missouri-based 8th U.S. Circuit Court of Appeals, which granted an injunction request by Republican-led states Arkansas, Iowa, Kansas, Missouri, Nebraska and South Carolina. The states are due to respond to the request on Wednesday.

It is also asking a federal appeals court in New Orleans to put on hold a separate Nov. 10 ruling by a Texas judge appointed by Republican former President Donald Trump that declared the debt forgiveness plan unlawful. The administration has said if the 5th U.S. Circuit Court of Appeals does not grant that request, it will ask the Supreme Court to intervene.

WHO IS ELIGIBLE FOR LOAN FORGIVENESS?

WHAT’S THE STATUS OF APPLICATIONS?

About 26 million Americans have applied for student loan forgiveness since August, and the U.S. Department of Education has already approved requests from 16 million. The government stopped taking new applications Nov. 11, after the Texas judge blocked Biden’s order.

WHAT DO VOTERS SAY?

American voters support debt forgiveness by a narrow margin; about 15% voters say they could be impacted by the plan, an Economist/YouGuv poll found.

The six Republican-run states that have sued to block Biden’s executive order argue he skirted congressional authority and the plan threatens future tax revenues and money earned by state entities that invest in or service student loans.

Deep South states will get the greatest benefits per borrower from the Biden order, New York Federal Reserve research shows, including South Carolina, one of the six behind the lawsuit:

A handful of states may consider the student loan debt that is forgiven as taxable income, financial advisers warn.

WHY IS U.S. STUDENT DEBT SO HIGH?

The cost of higher education has skyrocketed in the United States in the past three decades, doubling at private four-year colleges and universities and rising even more than that at public four-year schools, according to research from the nonprofit College Board. The outstanding balance of student loans nearly quadrupled from 2006 to 2019.

U.S. borrowers hold about $1.77 trillion in student debt, according to the latest Federal Reserve figures. The vast majority of that is held by the federal government.