The Committee to Protect Our Communities is opposing the “Tax Fairness, Transparency and Accountability Act,” as a “misleadingly named and dangerous initiative” sponsored by the American Beverage Association (ABA) and the California Business Roundtable. Proponents of the initiative are gathering signatures to qualify it for the November 2018 ballot. 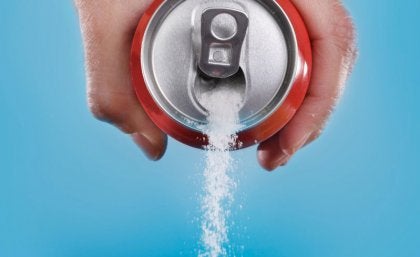 “Libraries, parks, medical emergency response, garbage and sewer, police, fire, streets and roads. These are the essential services that would be devastated by this proposed measure that puts corporate interests over the needs of local communities and our residents. Interfering with our cities’ ability to raise revenues to pay for local services is a far overreach that will hurt California’s quality of life for generations to come,” said Carolyn Coleman, coalition chair and executive director of the League of California Cities.

“While proponents argue that this initiative is about giving more control to taxpayers, make no mistake about it, this is an attempt by Big Soda to end local ballot fights, and rig the rules to make it much harder to pass local soda taxes as well as other corporate offset fees,” remarked Alma Hernandez, coalition treasurer and executive director of SEIU California, which represents over 700,000 workers across California.

To date, the American Beverage Association has poured $4.1 million in support of the initiative, more than 80% of the funds raised so far by the proponents, according to the coalition.

“This measure will restrict a local community’s ability to provide important services, improve public safety, repair aging infrastructure, and maintain public parks by allowing a small minority to create gridlock and defeat the will of the majority,” stated Lou Paulson, president of the California Firefighters.

The “Tax Fairness, Transparency and Accountability Act” would drastically limit local revenue authority. In part, it eliminates local authority to impose a tax for general purposes by majority vote and instead requires all local proposed tax increases be subject to a two-thirds vote.

This proposal also requires two-thirds approval of all members of the local legislative body before a tax can be placed on the ballot. It also requires that a tax contained in a regulation adopted by a state agency must be approved by two-third vote of the Legislature. For cities and other local agencies, it applies retroactively and may void some local measures approved by local voters on or after January 1, 2018.

Proponents have until June 28th to qualify their initiative for the ballot.

LATEST
TikTok CEO to testify in US Congress over security issues
Microsoft cloud outage affected users worldwide
Google parent to lay off 12,000 workers as AI focus heightens
Netflix is cracking down on password sharing in March
Amazon discontinues charity program AmazonSmile
Businesses see lower odds U.S. is in or entering recession
Your subscription could not be saved. Please try again.
Your subscription has been successful.
MOST READ
usa Transgender Filipina found dead in NY hotel room
usa Filipino Singer Peter Rosalita Earns Standing Ovation on AGT All-Stars 2023
usa California is likely to witness stunning super blooms in 2023
usa Asians with guns, cops with too much power
usa Filipino workers sue Louisiana oil company for ‘abandoning’ them in a hurricane
usa The fox in the henhouse
usa Super Bowl 2023: First in NFL history with two black starting QBS
DID YOU KNOW?
Kylie Jenner Ramen Recipe: Is It Good?
How to Store Raspberries Properly
How To Play Drunk Jenga: The Ultimate Guide
Best Food to Bring Camping
Popcorn Toppings that Are Perfect for Movie Night