How to Get Rid of Stink Bugs

How to Get Rid of Stink Bugs

Different signs show that winter is coming or has come. It becomes obvious when leaves begin to change, the air becomes brittle, and you can easily perceive the smell of pumpkin pie. However, the arrival of a stink bug is not-so-favorable sign that the cooler months are here.

You may be familiar with stink bugs and even like them because of how fascinating bugs are, but that doesn’t mean you want them around you or in your house. Though they are not harmful to the health or property, they are pests that cause a malodorous nuisance around the home.

They are small and come into the house in large numbers like other pests, making them difficult to control. They are easily identified and most recognized by the stinky smell they emit when disturbed or squashed.

No one would want a stink bug in their house, and that is why to keep these bugs out of your house, you’ll have to prevent them from coming in.

You might have tried the best measures to prevent them from coming, but they have somehow found their way indoors, looking for somewhere warm and cool to spend the winter. This article reveals everything about stink bugs, including measures to eliminate stink bugs before an infestation occurs in your house.

What are Stink Bugs? 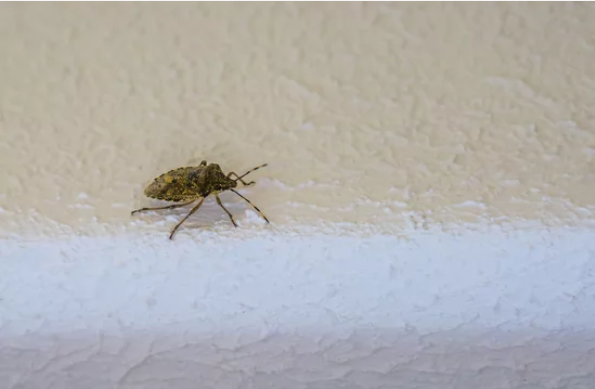 Stink bugs are major crop pests, also known as brown marmorated stink bugs, because of the brown marbled pattern on their backs. It was introduced in the mid-1990s to the United States from Eastern Asia as a pest of foreign origin or an invasive species and was also referred to as East Asian or yellow-brown stink bug.

They are different in color, ranging from green to brown, have three body sections, six legs, two long antennae, and measures less than an inch in length, i.e., about 14-17 millimeters. They also have a shield-like shape.

Stink bugs are easily killed because they barely fly and they crawl very slowly. They aren’t food lovers (in case you’re wondering if your food isn’t safe in the store), but they feed on plants. Stink bugs pierce soybeans or kernels and suck out the moisture, damaging the product, affecting fruits such as apples, citrus, blackberries, peaches, persimmons, and figs, and affecting crops.

Sting bugs detest cold weather. Staying outdoors during winter makes them uncomfortable, so they are attracted to warmth, a cool place to keep them from the cold weather.

Your house, of course, might meet the requirement of stink bugs. Just as you stay indoors and wouldn’t want to spend a long time outside your house, sting bugs do not also want to spend time outdoors in cold weather and are attracted to the warmth and shelter of your house.

They don’t have to knock on the door of your house before they go in because they find their way to enter through any openings and cracks and are also attracted to light. You need to understand the cause of the attraction of stink bugs in your house and know how to put them out.

Stink bugs’ name comes from the stinky odor it releases when being crushed or disturbed. It often releases this odor to defend or protect itself. This odor is terrible and tough to describe, but the odor chemically contains compounds found in cilantro.

The smell is similar to dirty socks, paper mill pulp, and rotting fruit smell. Some people even described the smell as something close to a skunk. Whichever way, it does suck; worse still, it takes a long time to leave or stop smelling. 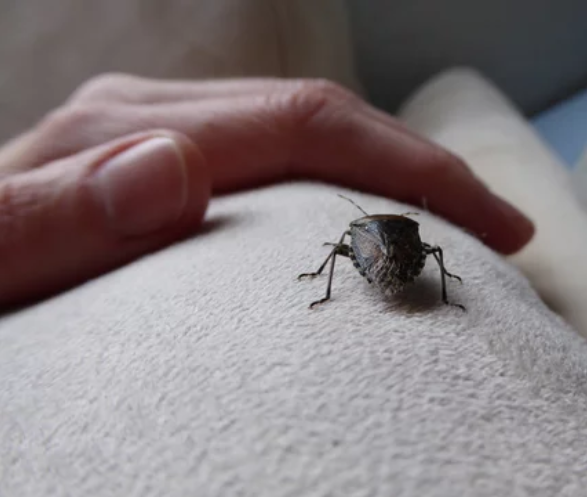 You must have read that stink bugs are not harmful, and neither do they spread disease. And yes, they don’t bite too. The only offensive behavior they possess is the stinky odor which might be allergic to some people.

The odor might result in a running nose when perceived, and you might have skin irritation known as dermatitis when encountering the crushed bug.

When is Stink Bug Season?

The summer is the stink bug season; they always stick around and are most active from March through September.

How Do I Keep Stink Bugs Out of My House?

Since stink bugs match and walk in large numbers, will dealing with them one after the other be the best, or would you rather crash them, perceive and endure the terrible odor?

Sting bugs walk along the tops of walls and often tuck into drapery folds because they tend to congregate in tight places and on upper floors. What would be the best technique to use when you notice a stink bug on the move in your house? Below is how to keep stink bugs out of your house.

Look at Your Entry Points

Stink bugs most congregate in warm places. If they are around your home, they would be:

Once one of them finds a place, the bug releases its stinky chemical signal to call on more stink bugs, and for you not to allow that to happen, you must pay close attention to any entry point or cracked seal and block them.

To control the sting bug properly, you must spend time inspecting the inside and outside of your house by paying close attention and sealing up cracks with good-quality silicone. Replace and repair any sweep on doors or damaged rubber seal on garage doors and make sure screens are tightly fitted in their space.

It is also noted that stink bugs are attracted to lights. So, to avoid getting them, ensure your lights are always off when you’re not using them. Keep outdoor lights at a minimum, close doors tightly, and drop your window blinds so the light from your house won’t spill out and attract the bugs.

How to Get Rid of Stink Bugs with Chemicals

There might need to be more than sealing entry points and turning off the light to eliminate stink bugs. It would be best if you use chemicals to eradicate them. Pesticides that contain cyfluthrin, dinotefuran, bifenthrin, acetamiprid, deltamethrin, and a-cyhalothrin eliminate the heavy infestation. These pesticides should be sprayed on cracks and holes in the wall, around the windows, or in baseboards.

How to Get Rid of Stink Bugs Naturally

You can get rid of stink bugs naturally by spraying a mixture of soapy water, hot water, and vinegar. Mix dish soap and hot water in a spray bottle and add vinegar for extra killing power. Spray on every possible place they might hide, i.e., the cracks and holes, and spray on windowsill entry points too.

Remember that stink bugs can enter your home long before they become a real problem. If you’ve started preparing for winter and the temperature has started to drop, you need to pest-proof and take care of your house to prevent stink bugs and other pests from invading your house. Ventilate, clean, and tidy up every corner of the house.

And be conscious, even if you find a stink bug in your house now, think before crushing it. Remember that they release a terrible odor when crushed or disturbed. So, use the above techniques to get rid of them.