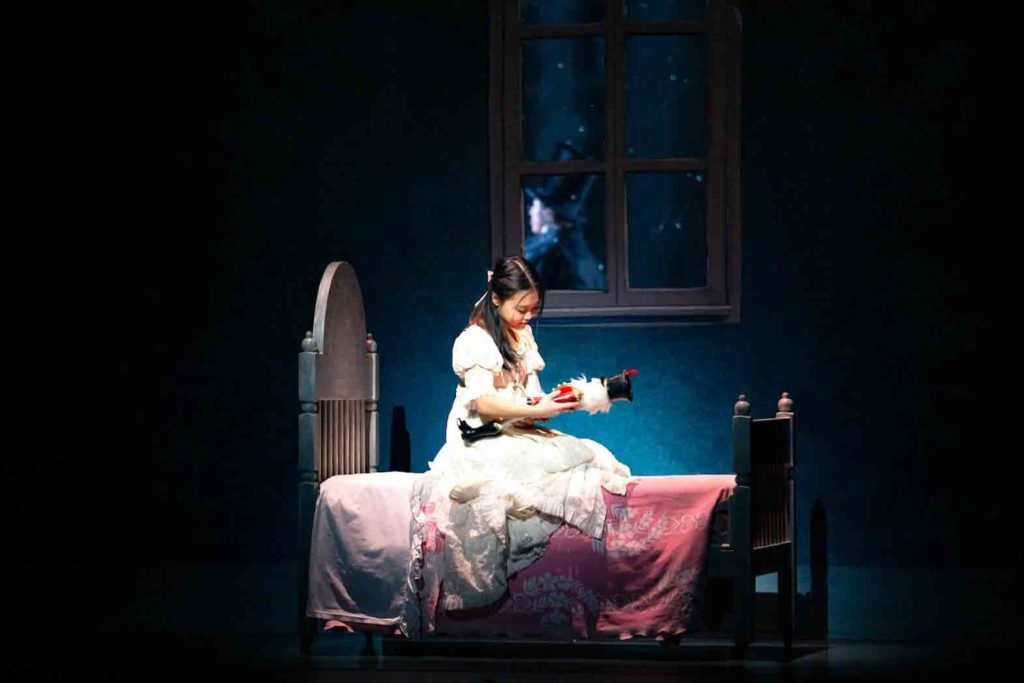 Trinity Mijares during a technical rehearsal for ABT’s The Nutcracker at Segerstrom Center for the Arts in Costa Mesa, CA on December 10, 2021. CONTRIBUTED

COSTA MESA, California – San Francisco-born and raised Trinity Mijares will reprise her role as Clara in this December’s American Ballet Theatre’s (ABT) performance of Alexei Ratmansky’s The Nutcracker.

Mijares performed last year as Clara under the direction of ABT Artistic Director Kevin McKenzie and Regisseur Susan Jones.

The Costa Mesa resident knew she wanted to be Clara after watching her first live Nutcracker performance by SF Ballet at the age of three.

At 13 years old she moved to Southern California to advance her ballet training and joined the Pre-professional program with American Ballet Theatre (ABT) William J. Gillespie School at Segerstrom Center for the Arts under Director Ms. Alaine Haubert. 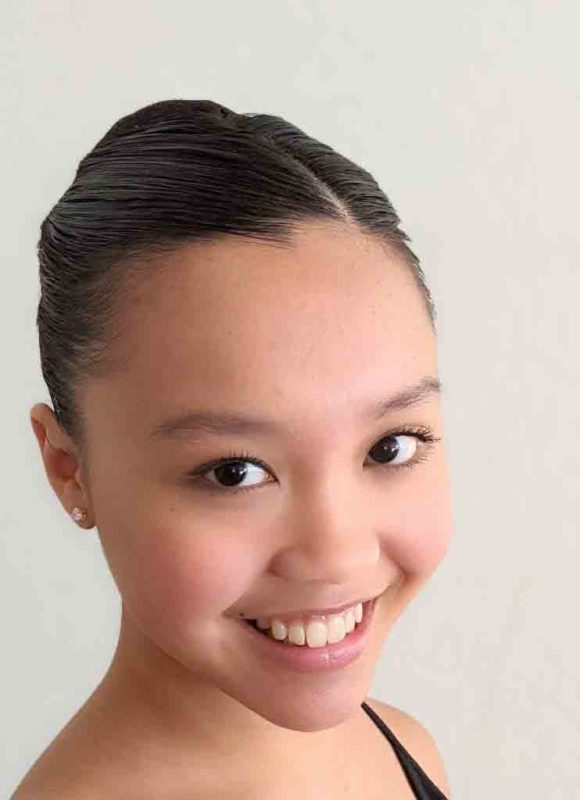 Hundreds of hopefuls audition every year to be Clara in many local and professional companies, but only a handful gets selected each year. In 2021 Mijares auditioned for American Ballet Theatre’s (ABT) The Nutcracker. She was cast for the coveted children’s principal role of Clara, making her dream as a little girl come true.

She auditioned again this year not sure of the outcome, but earned the role again for the  Dec 9-18 ABT Nutcracker performance at Segerstrom Center for the Arts in Costa Mesa, California.

“It’s a dream come true! I’ve always wanted to be Clara ever since I was three years old. It’s always so exciting to perform on stage, but performing with a professional ballet company and dancing with professional ballerinas is so surreal,” Mijares said in a press statement.

She to be a professional ballerina and trains four hours a day, six days a week at the Pre-professional level. She has attended summer intensives and programs in New York and California with American Ballet Theatre, Kaatsbaan, Complexions Ballet, Alvin Ailey, and was awarded a scholarship for Bolshoi Ballet Academy SI.

Mijares enjoys dancing other styles such as modern, contemporary, lyrical, jazz, character, musical theater, and hip hop, but classical and contemporary ballet is her passion. She also dabbles in choreography.

Last summer Mijares, who is proud of her heritage, worked and trained with one of her biggest role models and inspiration, Stella Abrera, the first Filipina American principal ballerina with American Ballet Theatre.

The New York-based American Ballet Theatre’s performance of Alexei Ratmansky’s The Nutcracker runs from Dec. 9-18, at Segerstrom Center for the Arts in Costa Mesa, California. Tickets are now available at www.scfta.org/events/2022/the-nutcracker