Pulitzer Prizes: The whole world will be watching PH now 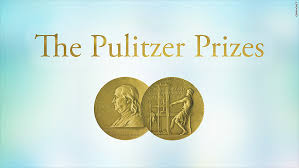 But Monday was also a day Columbia University announced the august Pulitzer Prizes, the journalism awards representing the best in the business in America.

And the winner for international reporting was Reuters for the “relentless reporting that exposed the brutal killing campaign behind Philippines President Rodrigo Duterte’s war on drugs.”

The story is getting out.

I saw some of the stories when they first came out. But taken together, it’s an indictment of a system that’s been going on since 2016.  You can quibble about just how high the numbers are overall, but the fact is, we’ll never know because the truth is covered up.

But there are increases in the number of “dead on arrival” shooting victims.

From the Reuters story:

“This increase was no coincidence, said a police commander in Manila, who spoke to Reuters on condition of anonymity. In late 2016, he said, police began sending victims to hospitals to avoid crime scene investigations and media attention that might show they were executing drug suspects. A Reuters investigation last year found that when police opened fire in drug operations, they killed 97 percent of people they shot.

“The Manila commander said police depended on emergency room doctors being too focused on the patients to care about why they were shot. The doctors ‘aren’t asking any questions. They only record it: DOA,’ he said.

“But five doctors told Reuters they were troubled by the rising number of police-related DOAs. Four said many drug suspects brought to hospital had been shot in the head and heart, sometimes at close range – precise and unsurvivable wounds that undermined police claims that suspects were injured during chaotic exchanges of gunfire.

The story is no longer just a little crime story in the Philippines.

Pulitzer status for the story means even more will discover it. And maybe they’ll begin to question why Trump is always praising Duterte as an example when it comes to fighting drugs.

I suppose he is, if you believe you’re above the law. From all appearances, it seems Trump does believe that.

Comey’s prime-time Trump dump and the hit on Syria

If Donald Trump thought he could control his fate with bombs bursting in air over Syria, he was sadly mistaken. 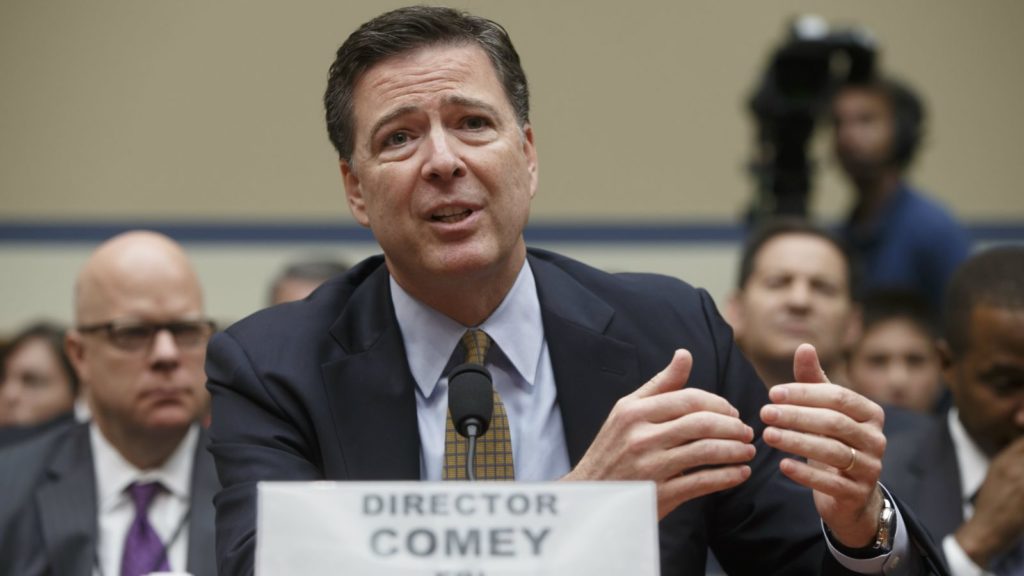 He forgot about the power of one of his old-time slots–Sunday night—and the significant power that holds over the American people. Prime-time was enough to elect Trump president, and in modern politics it may be enough to remove him.

On Sunday, James Comey regained the upper hand in the court of public opinion. He knows how to give good testimony. Comey doesn’t have a perfect case. But he has a better story. He knows when Trump requested the vice president and others to leave the room during a meeting for a one-on-one with Comey; it was for the president to do one thing and one thing only: ask Comey  to let the investigation against former national security adviser Michael Flynn “go.”

Comey said Trump’s exact words were, “I hope you can let it go.”

When asked by ABC News if it was obstruction of justice, Comey did more to Trump than what Trump and allies did to Assad on Friday night.

“Possibly. I mean, it’s certainly some evidence of obstruction of justice,” Comey said.

“But to kick out the vice president of the United States and the attorney general, who I work for, so you could talk to me alone, something was up,” Comey said. “He’s asking me to drop the criminal investigation of his now-former national security adviser.”

Trump, of course, denies it. But Trump’s record on the truth, based on the Washington Post‘s Fact Checker (more than 2,000 false or misleading claims in a year), on that videotape (“Access Hollywood” anyone?), or on your own visceral sense of the man, the best an American TV juror in the middle-brow court of public opinion could say is, something’s rotten here. And it’s not Denmark.

Add that to the “He said, she said,” Stormy Daniels, Karen McDougal, and the others claiming unprotected sex or unprotected harassment, and Trump is inundated in pronoun battles.

Or as some of my grammar-fluid gender anarchist students would say, it’s a case of “they said, they said.”

But Comey said much more than that.

He’s the former FBI director, and while I know the FBI isn’t a band of saints, they know exactly how bad real bad guys are.  Comey even compares Trump to a mob boss in his new book, “A Higher Loyalty: Truth, Lies, and Leadership,” now simply the Cliff Notes to this ABC interview in the land of the unread. Trump’s not a reader. He knows the value of a prime time “You’re fired.” That makes Comey’s Sunday as close to a death blow as it gets, especially when Comey, the former top law enforcement official in the land, calls Trump “morally unfit” to be president.

And Trump tweets that Comey is a “slimeball”? That sort of response only proves Comey’s point. The president has lost all moral leadership in our country when he can’t even summon up the high ground of his office. And Trump Tower doesn’t count.

Should he be impeached?

Comey said he’d rather the American public take him out at the ballot box. I’ve said the same. We should undo our own mess.

Besides so far, the only one I’ve seen defending Trump has been the Republican National Committee, which denounced Comey’s comments, saying they “denigrate the millions of people who voted” for Trump.

That’s why the ballot box is important. But there are some who have ADHD and can’t wait.

I personally dislike impeachment as a political move, but Trump has lowered the bar when it comes to the presidency. He’s diminished the country and the office.

That’s why I’m surprised at the tepid response to the Syrian strikes. You want a reason to impeach? The missiles on Syria give you a reason.The first batch last year, I called Trump’s “cruise missile Viagra.”

Last Friday’s strike, with Great Britain and France along for the ride, was like his anti-depressant, a “go away pill.” If the reports are true about Trump’s anger over Comey’s leaked book, and Trump’s own personal attorney under investigation for the Stormy Daniels matter, not to mention Urinegate, I think Trump figured he could make it all go away by rattling a sabre and seeming presidential.

But Americans didn’t care. In fact, many think Assad using chemical weapons on his own people was wrong. So it didn’t spoil their weekend.

The strikes should have. And Trump should have taken the matter first to Congress.

Boyle said someone in the House of Representatives should be drawing up impeachment papers now. Because there is a case for peace and it begins with the rule of law.

That there’s not the hue and cry suggests that the hawks are in charge and no one wants to challenge Trump on this. That’s how bad Assad is. He’s worse than Trump and provides cover. No one doubts the attack.

My friend Rod McLeod, a former Jones Day partner, and now a Filipino American living in Israel, sent me this e-mail after the attacks.

“People forget the history of chemical use by Assad against his people. Obama threatened a missile attack but pulled back at the last minute when Russia said they would take Assad’s chemicals. There was even a US ship that was sent to incinerate such base chemicals. But Assad agreed to never use them again.

“Well, Assad was a ruthless liar. He used chemicals many times, until a year or so ago, Trump sent his 59 cruise missiles as a warning. Now Assad did it again. And Russia is trying to cover up for Assad by vetoing a chemical inspection and accusing the Western powers of jumping to conclusions.”

Bottom line, Trump did the right thing. Most of the U.S. agrees. But not Boyle, and frankly, not me.

Trump attacked last year and Assad didn’t learn. What does a second strike do?

When Trump is for pulling out of Syria one week, then bombing it the next, it only shows the U.S. has no Syria policy. And that’s the problem. A “humanitarian” missile strike only stirs up the region, resulting in more death and a crisis that Boyle says is worse than the start of World War I.

If the U.S. is involved, it needs a plan. And it must go through Congress. U.N. Ambassador Nikki Haley saying the U.S. is “locked and loaded” isn’t a plan.

Forget about the geo-politics for now, even though that says a lot about where to find the moral basis (or lack thereof) for U.S. action or inaction over Syria. Greedy modern nations still must have their oil. But if it leads the U.S. into military action, a president must take the case to Congress.

If he doesn’t, that’s impeachable. Obama feared that in 2013, and wisely didn’t act. Not in Syria. And even Bush the First feared impeachment in his day and didn’t go all the way into Baghdad in the first Gulf War.

Donald Trump doesn’t seem to fear impeachment. But he’s getting it from all directions now. From Stormy and the ladies, to Cohen, Mueller, and Comey.

Trump’s too busy to be president of the United States.  And too small to be above the law.

That’s one lesson Duterte could learn from Trump’s legal undressing.

Emil Guillermo is a veteran journalist and commentator who writes a column for the Inquirer’s North American bureau. Listen to his podcasts here: https://directory.libsyn.com/shows/view/id/emilamokstakeout . Follow on twitter @emilamok