Martin died for our sins

Martin died for our sins NEW YORK—Fifty years ago, on April 4, 1968, James Earl Ray, a small-time crook and native Alabaman, assassinated Martin Luther King, Jr., as King stood on the balcony of the motel room in Memphis, Tennessee, where he and his group, that included Jesse Jackson and Andrew Young, were staying.

His murder triggered riots across the country, from Boston to Kansas City, as predominantly African American neighborhoods erupted—a painful irony, considering that the martyred King was a fervent believer and practitioner of nonviolence, inspired both by his Christian beliefs and Mahatma Gandhi. He once stated, “Nonviolence means avoiding not only external physical violence but also internal violence of spirit. You not only refuse to shoot a man, but you refuse to hate him.”

That year, 1968, was the year of living dangerously: the Tet Offensive took place, signaling the beginning of the end of U.S intervention in Vietnam; My Lai villagers were massacred by U.S. soldiers; students occupied many buildings at Columbia University, to denounce the institution’s perceived support of the Vietnam War; Robert Kennedy was assassinated in June; Paris was rocked by massive student demonstrations, joined by trade unionists; in Chicago, the cops beat up protesters at the Democratic National Convention; and the Soviet Union sent troops to Prague to quell Czechoslovakia’s bid to break away from the fold.

King and the movement he shaped became the primary catalyst for the enactment of the Civil Rights Act of 1964 and the Voting Rights of 1965. While the charismatic preacher was motivated by the endemic racism that was a feature of life for African Americans, especially in the South, his commitment and drive to ensure that equality would be more than an empty promise, that it would become a reality enshrined in the law, meant that everyone would benefit from the landmark civil rights legislation but especially people of color. And in our time, those rights have been extended to the LGBT community and to gay marriage.

King would have understood today’s Dreamers. His own dream was “that my four little children will live in a nation where they will not be judged by the color of their skin but by the content of their character. I have a dream today!” Exemplifying those incandescent lines from the poet Delmore Schwartz, “In dreams begin responsibilities,” the great man dedicated his life in service of that dream. 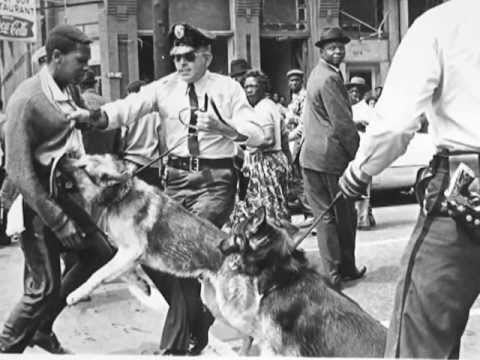 Legislation by itself does not eradicate racial prejudice. One just has to read the news to know that, encouraged by Trump’s statements, there has been a stoking of the fires of white resentment accompanied by a disturbing rise in the white supremacist movement. In spite of all the documented serious character flaws of candidate Trump, any single one of which would have doomed Obama’s campaign, a study found that 81 percent of white evangelicals voted for Trump in the 2016 election.

Writing in a New York Timesop-ed during that campaign, Russell Moore, head of the Ethics and Religious Liberty Commission, the policy arm of the influential Southern Baptist Convention, said that Trump’s candidacy had “cast light on the darkness of pent-up nativism and bigotry all over the country.” Moore fulminated against “not-so-coded messages denouncing African-Americans and immigrants” and the dismissal of “concern about racial justice and national unity … as ‘political correctness.’”

Filipinos, of course, have been beneficiaries of King’s activism. Anyone familiar with the history of Filipinos in the United States can tell you that up and until World War II, as Carlos Bulosan so keenly observed in his classic semiautobiographical work, America Is in the Heart, that to be a Filipino on the West Coast during his time was tantamount to being a criminal. Any brown-skinned man (or woman) acting as a white American’s equal was quickly and often viciously put down.

During the Philippine-American War, U.S. troops used the “N” word routinely to describe Filipinos, along with other endearments, such as “savages” and “monkeys.” Tie such racializing language to the centuries-old legacy of Spanish colonialism, and one understands how deep-seated the bias against darker skin is today among many Filipinos. One need only hear the admonitions of parents to their kids to shield themselves from the tropical sun, but not out of any concern for skin cancer, to immediately sense this. And the avid promotion of skin-whitening creams in Manila is another eloquent testament to this twisted yearning.

Consider too that the birther controversy—the poisonous belief that President Obama was not born on U.S. soil——was held by a significant percentage of Filipino voters, who, sadly, could not accept the notion that a man whose skin color was closer to theirs than Trump’s could take up residence at the White House.

Nothing is more bedeviling than slaves flaunting their chains as though these were garlands of freedom. Martin would have embraced them anyway. I’m not sure I would.