Republicans, Democrats battle in election lawsuits ahead of US midterms

Republicans and Democrats battle in election lawsuits ahead of US midterms

In the months leading up to the U.S. midterm elections, lawyers for Democrats and Republicans were already squaring off in a wave of lawsuits challenging state rules on how to vote and the counting of ballots. Here is a summary of significant cases filed ahead of the Nov. 8 election and where they stand. 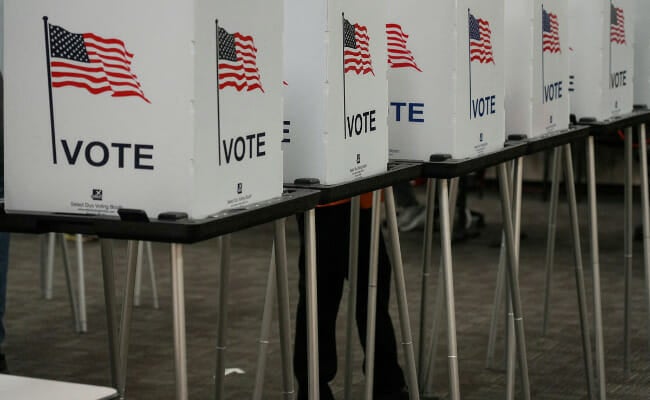 The Republican National Committee in November reached a settlement in a lawsuit against officials in Clark County, Nevada, that requires election officials to release poll workers’ partisan affiliations. This month, the party filed a similar lawsuit seeking information on poll workers in Maricopa County, Arizona.

The RNC also successfully sued North Carolina and Michigan authorities to roll back new restrictions on partisan poll watchers. Meanwhile, in Arizona, voting rights groups have sued “dropbox watchers” in Maricopa County, claiming their actions, including allegedly carrying weapons and tactical gear, intimidate voters who visit the boxes to deposit their ballots. That case is pending. 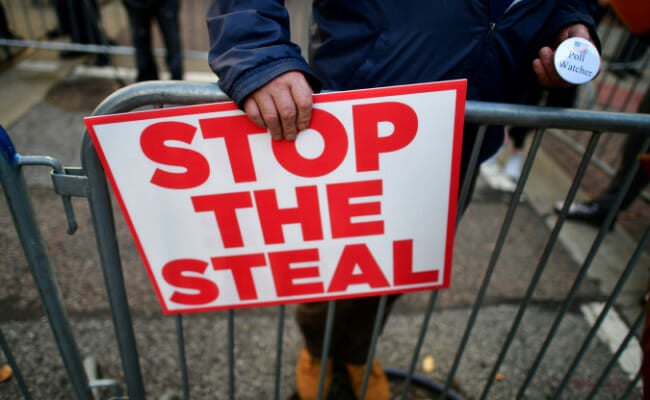 A supporter of President Donald Trump holds a sign stating “STOP THE STEAL” and a pin stating “Poll Watcher” after Democratic presidential nominee Joe Biden overtook President Donald Trump in the Pennsylvania general election vote count across the street from where ballots are being counted, three days after the 2020 U.S. presidential election, in Philadelphia, Pennsylvania, U.S. November 6, 2020. REUTERS/Mark Makela/File Photo

The American Civil Liberties Union sued to challenge the counting of votes by hand in Nevada’s rural Nye County, arguing that the process violates federal and state law. The ACLU said that county election officials halted the hand count in response to a ruling by the Nevada Supreme Court late Thursday.

Also this month, the Pennsylvania Supreme Court agreed to take up a Republican National Committee lawsuit seeking to throw out undated mail-in ballots on a fast-tracked schedule.

In Colorado, the state chapter of the NAACP and other voting-rights groups lost a bid in April to stop a conservative group called the U.S. Election Integrity Plan from canvassing individuals about their voting activity in the 2020 election. The group claims the effort is an attempt to root out voter fraud, and the case is ongoing. 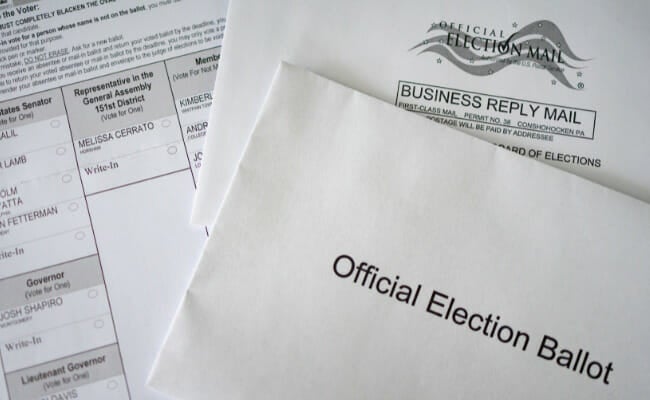 A mail-in ballot, ahead of upcoming primary elections, is displayed in this picture illustration taken in Philadelphia, Pennsylvania, U.S. May 14, 2022. REUTERS/Hannah Beier/Illustration

Rules concerning voting by mail have been a particular flash point this year. After many states expanded mail voting in the 2020 election in response to the COVID-19 pandemic, Republicans and conservative groups have sought to roll it back, arguing that it leads to fraud.

They have had success in some states, including Delaware, where the state Supreme Court overturned a law allowing people to vote by mail for any reason. In July, the conservative Wisconsin Institute for Law & Liberty won a challenge to ban drop boxes in the state.

Other Republican efforts have faltered. Earlier this month, a judge rejected a bid by America First Legal, a group founded by former Trump aides, to require that drop boxes in Pennsylvania’s Lehigh County be physically monitored to ensure that voters only deliver their own ballots. The group has appealed.

In Arizona, where mail-in ballots have been widely used for decades, a state court dismissed a lawsuit by the state Republican party seeking to ban the practice in June. The party has appealed.

And in North Carolina, Republicans lost a bid to shorten the deadline for election officials to receive mail ballots from Nov. 14 to Nov. 11. Another lawsuit in Illinois, challenging the counting of mail ballots up to two weeks after election day, is pending.

Civil rights groups and, in some cases, the Biden administration is challenging new Republican-backed state laws that seek to limit voter registration and outreach.

Civil-rights groups in Florida won a ruling that struck down most of a new law restricting voter-registration activity and limiting the use of drop boxes. Still, the provisions remain in effect while the state appeals.

In Arizona, a judge in September temporarily blocked a 2022 law allowing the cancellation of voter registrations of people suspected to be registered to vote in another county, following a challenge by a civil rights group.

The Justice Department and civil-rights groups have also sued Georgia to overturn a state law that criminalizes efforts to help people waiting in line to vote, among other restrictions.