Unity sought: When is Filipino Heritage Month in Canada?

Unity sought: When is Filipino Heritage Month in Canada? 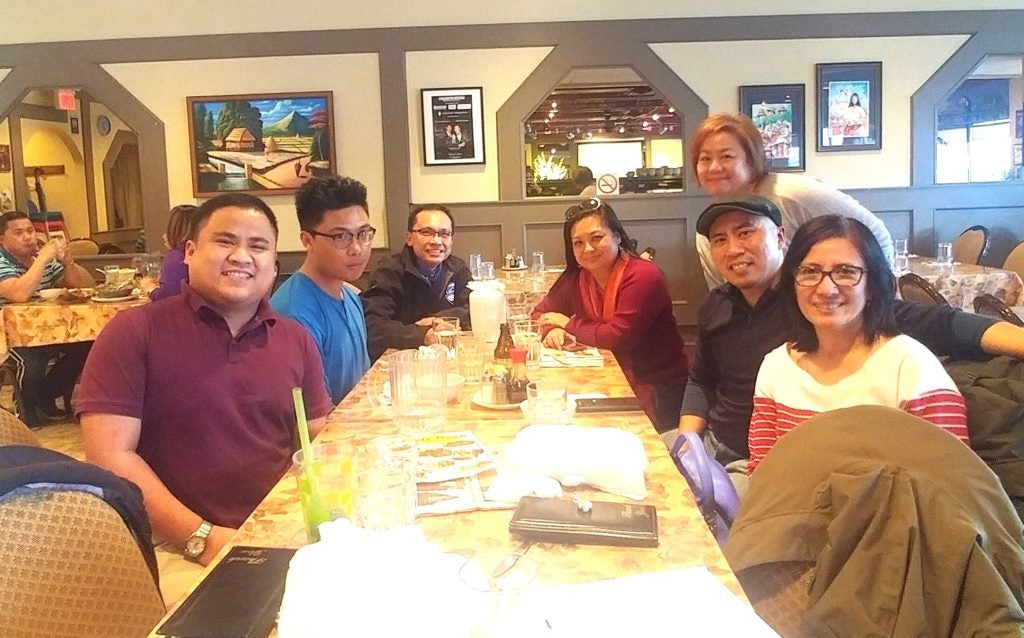 RED DEER, Alberta – Agreement on which month the Filipino Heritage Month should fall awaits Filipinos in Alberta, Canada, who are pushing campaigns for this declaration.

On March 5, members of the Filipino community in Edmonton City held a meeting with three members of the legislative assembly, hoping to craft a measure to designate June as the community’s heritage month.

Meanwhile in Calgary City, also in Alberta, Filipinos are pushing for September as the month to celebrate the heritage month as historically, community leaders in this city have been leading the annual Filipino Fiesta in September.

Campaigns to recognize the contributions of Filipinos and Filipino-Canadians have erupted following Toronto’s declaration of June as Filipino Heritage Month by its local government in 2017.

A web petition by Edmonton-based Philippine Arts Council circulating on Change.org has been signed by some 986 individuals as of this writing.

The petition reads: “June is the most significant time for a Philippine Heritage Month as the Philippine diaspora worldwide commemorates and celebrates the June 12, 1898 official declaration of independence of the Philippines from Spanish colonial rule.”

The campaign in Edmonton started in February when Filipino community leader Marco Luciano brought up the idea to MLA Rod Loyola.

A community consultation followed in March, which brought together 54 individuals from different Filipino organizations. The meeting led to the campaign in the form of signed and online petition and letters of support.

“[The] Filipino community is the fastest growing community in Alberta numbering over 130,000. It is time our community’s contribution to the socio-economic and cultural fibre of the province be recognized,” said Luciano.

Why the initiative took time was because it lacked the needed momentum, said Ida Beltran-Lucila, executive director of the Philippine Arts Council. She sits in the organizing committee leading the campaign for the heritage month.

“Why only now, indeed? I guess it was the right time and the right people. Things moved pretty quickly with this initiative. I believe there have been some initiatives before but it took them a while to gain ground and even lost momentum,” said Beltran-Lucila.

She underscored the increasing presence of Filipinos because of their population growth in Canada and their contributions.

She noted the number of Filipinos in Alberta alone reached 166,195 in 2016, third largest in Canada next to Ontario and British Columbia. In the same year in Canada, immigrants of Filipino descent were pegged at 837,130, not including those on temporary work permits.

Meanwhile, the Filipino Fiesta council in Calgary City has eyed September to mark the Filipino Heritage Month, in line with the annual festivity it leads.

The council presented its proposal to MLA Sarah Hoffman, also Alberta’s deputy minister in a March 19 meeting.  The government official is her party’s designated representative for the Filipino community.

Luciano said that agreement between the two groups is under way. “We hit a little road bump as some people from Calgary proposed for it to be in September, we are not quite sure of the reason, but we are ironing things out with them,” he said.

“We are hoping that we move forward as we are also celebrating the 120 years of Philippine Independence. It is just appropriate and makes sense,” he added.

The Edmonton organizing committee has reasoned that September marks one of Philippine’s darkest history because of the declaration of Martial Law on September 21, 1972.

Luciano said that talks will be initiated with the Calgary group to build some unity. “We want to make sure that the June [proposal] is acknowledged because as one of the members of the organizing committee said, it just makes sense,” he said.

“We want to make sure a strong message that June as opposed to September represents our values and heritage,” he added.

Similar campaigns have been jumpstarted or had been realized in other places in Canada.

The city of Toronto declared June as the Philippine Heritage Month on November 17, 2017 contained in the municipal decision MM34.15. Still in Ontario, Bill 85 declaring June as Filipino Heritage Month has been carried in December, 2017 for first reading. Likewise, a Canada-wide declaration is being sought through a motion by Member of the Parliament Salma Zahid filed in the House of Commons and will be debated in spring.

In Montreal City, in Quebec province, the local council of Cote-de-Neiges-Notre-Dame-De-Grace unanimously voted June as the Philippine Heritage Month in February.

For their part, the Alberta organizing committee is hoping that a declaration will provide a framework for all events led by Filipino communities to commemorate the Philippine independence in June.

“When an event occurs at the same time with consistent messaging, we are able to share with other Canadians information on Philippine culture in a more strategic manner,” said Beltran-Lucila.

The Filipino Fiesta Council in Calgary is yet to provide comment on the topic as of this writing.