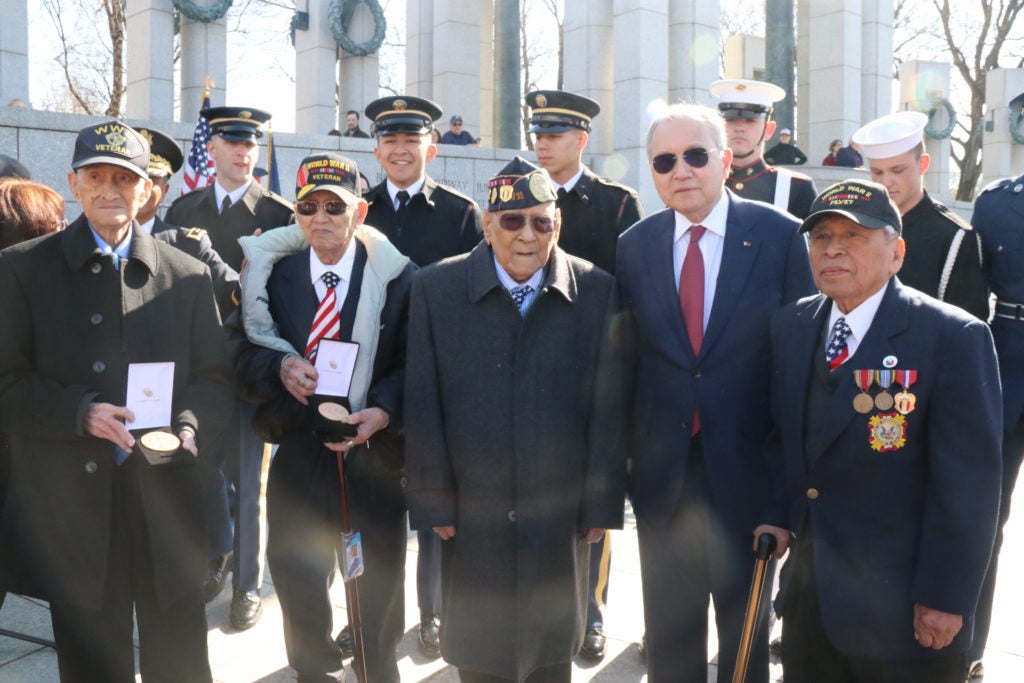 WASHINGTON, D.C. – As part of the national observance of the 76thAraw ng Kagitingan(Day of Valor) and Philippine Veterans Week (April 5-11), Filipinos in the U.S. capital held a wreath-laying ceremony April5 at the National World War II Memorial.

The Philippine Embassy, led by the Office of Veterans Affairs, and in partnership with the Filipino Veterans Recognition and Education Project (FilvetRep), organized the rites. 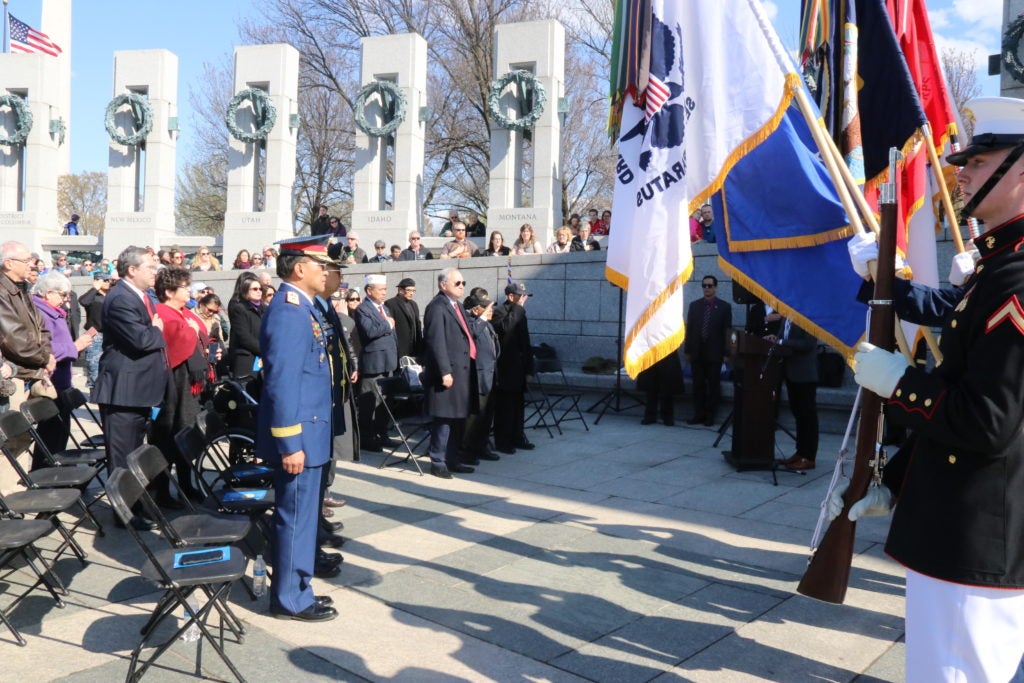 A wreath-laying at the National World War II Memorial on April 5 marks the 76thAraw ng Kagitingan(Day of Valor) and Philippine Veterans Week. CONTRIBUTED

“As we remember the valor and sacrifice of our veterans and their fallen comrades-in-arms, we become acutely aware that there can never be an adequate expression of gratitude for their service. We will be forever grateful for this precious gift and we pledge to honor their memory by living up to the promise of a free, peaceful and civilized nation — day by day, year by year, generation by generation,” Romualdez.

Commodore Elson Aguilar, head of the Office of Veterans Affairs, also expressed appreciation to all those who supported the event, and further underscored the importance of remembering the patriotism and heroic courage of Filipino veterans during the Second World War.

Following the wreath laying ceremony a simple reception was held at the Philippine Embassy Chancery annex attended by the veterans and guests.