Convicted Fil-Am judge refuses to step down from bench

Convicted Fil-Am judge refuses to step down from bench 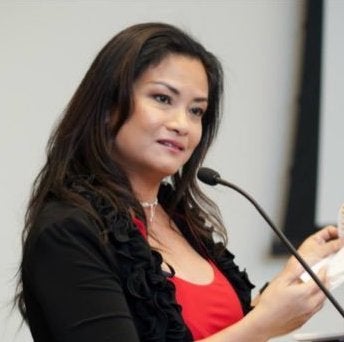 CHICAGO–Despite a conviction by a federal jury on Feb. 12 of bank and mail fraud, Cook County Judge Jessica Arong O’Brien has not stepped down from her judicial position.

A sitting judge who has been convicted, according to Illinois law, can no longer practice their judgeship.

O’Brien’s attorneys in early April filed a motion in the Illinois Supreme Court, saying that the court doesn’t have the authority to force her out, according to a Chicago Sun-Times report. They argued that the state constitution allows only the Judicial Inquiry Board and the Illinois Courts Commission the authority to remove a sitting judge, the report said.

Her attorneys contend that no action should be taken due to the fact that she hasn’t had the “opportunity to exhaust her due process rights” in the place where she was convicted — U.S. District Court. That’s because she’s still fighting the guilty verdict.

Prosecutors claimed she earned $325,000 as a result of falsifying loan application documents amid a $1.4 million mortgage scheme.

O’Brien, 50, is the wife of Cook County Judge Brendan O’Brien. Her sentencing is set for July 6. She has been assigned to administrative duties.