LOS ANGELES — Asking about a Census respondent’s immigration status achieves no meaningful information while inhibiting participation and throwing preparations into further disarray ahead of the 2020 Census, charged civil rights organizers opposed to the question.

Commerce Secretary Wilbur Ross announced in late March that he had greenlit a Department of Justice request to reinstate questions regarding participants’ citizenship status on the upcoming census.

Critics of the decision accuse Ross of ignoring his agency’s own research in favor of what they see as President’s nativist agenda. The last-minute changes come at the tail end of a decade of preparation as the Bureau grapples with a $900 million budget shortfall.

“The census bureau is already behind schedule with respect to partnerships and communications plans because of these funding shortfalls over the past few years,” said Asian Americans Advancing Justice Executive Director John Yang during a teleconference on Thursday, April 5.

Compared with the 2010 Census, only half as many field offices and agents will be deployed by the Bureau to spread outreach and information this time around. Hastily implementing the Administration’s request will only exacerbate factors threatening to impact the accuracy of the 2020 count, according to Yang. 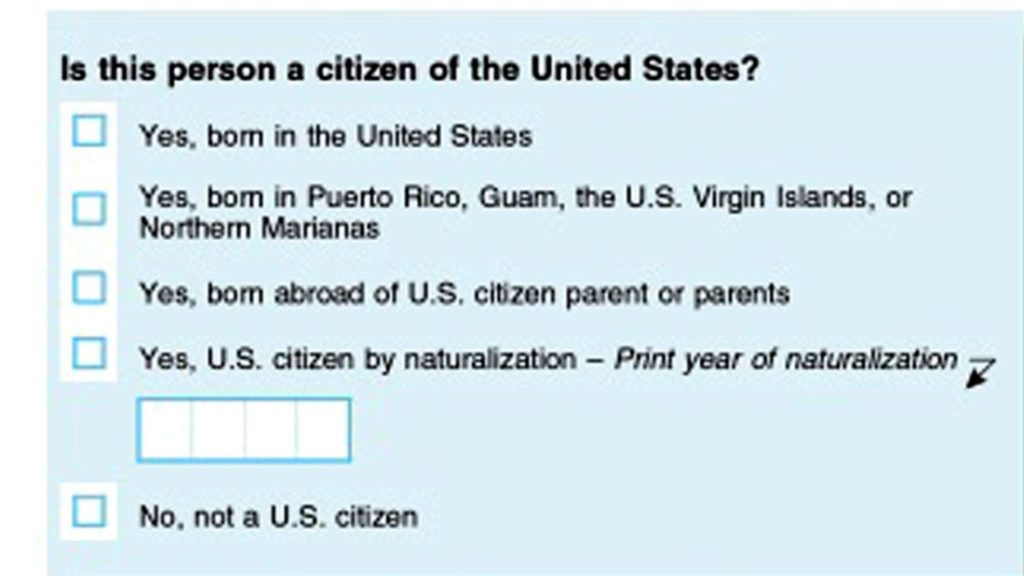 2020 Census question on US citizenship.

Administration officials say the changes are needed in order to enforce the Voting Rights Act. However, questions about citizenship have not been on the Decennial Census since before the Voting Rights Act was enacted in 1965. This data has never been necessary to enforce civil or voting rights, according to The Leadership Conference Education Fund Executive Directorr Vanita Gupta.

“The last time the census asked this question of everyone in the United States was in the pre-civil rights era when communities of color were systematically undercounted and underrepresented,” said Gupta during Thursday’s teleconference. “Now there is a danger of this happening again today.”

A November 2017 report found a significant number of people providing false information or declining to participate in Census Bureau surveys. Respondents said they were worried the data they provided might be used to target them or a loved one for deportation.

Civil rights advocates say a growing climate of fear could suppress participation among immigrant households and undermine the accuracy of the upcoming count.

The information gathered by the decennial census is critical in the redistricting process that geographically outlines how people are represented in Congress.

It also guides decisions regarding the use of more than $800 billion in federal spending. In the private sector, that information also helps companies choose where to open up businesses, who to hire and what to sell.

The specific data submitted by individual census takers is only accessible by the Census Bureau and protected by some of the most stringent privacy rules in the U.S. Under current law, neither Immigration and Customs Enforcement or any other agency may use the data collected by the Bureau to single out persons for deportation.

“After studying Secretary Ross’ memorandum, seeing the impact this decision has had already and seeing the lack of merit in adding the question … I conclude only one thing,” said National Association for Latino Elected and Appointed Officials (NALEO) Executive Director Arturo Vargas said on Thursday. “This is a tactic to scare people away from the census.”

He urged people to make their voices heard in the 2020 Census and see through what he characterized as an attempt to intimidate immigrants.

Critics of Ross’ decision are calling for a congressional oversight hearing on the matter. The move is also being challenged in lawsuits filed by California and New York.