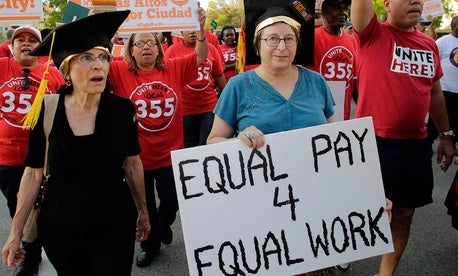 The employees alleged that Uber maintains uniform employment, compensation, performance review, and promotion policies throughout the State of California. As a result of Uber’s policies and practices, female engineers and engineers of color (i.e., Latino, African-American, or American Indian) receive less compensation and are promoted less frequently than their male and white or Asian-American counterparts.

According to the complaint, Uber uses a “stack ranking” system for evaluating employee performance, which requires supervisors to rank employees from worst to best. The employees claimed that this was not truly based on an employee’s performance but on subjective and arbitrary factors. More troublingly, the “stack ranking” system was implemented in a way that discriminated against the plaintiffs.

Female employees and employees of color are said to be systematically undervalued compared to male and white or Asian American peers because the former receive lower rankings despite equal or better performance. This resulted in lower performance review scores, which in turn resulted in lower pay and fewer promotions among female employees and employees of color. Thus, Uber paid female engineers and engineers of color received less compensation (salaries, bonuses, other cash compensations, stocks, options, etc.), benefits, and other wages.

In other words, the lower paid employee does not have to prove that the higher paid employee of the opposite sex has exactly the same job as she (or he) does. If differences in wages exist, the difference must be legally justified based on one or more of the following factors:

Discriminated employees will be entitled to monetary damages, including the right to recover attorneys’ fees and costs. They also may ask that the discriminatory practices are stopped.

Rather than continue with litigation, the parties agreed to settle the case, with Uber agreeing to pay $10 million to a class of 420 engineers who identified as women or people of color. As part of the settlement, Uber has agreed to improve its performance and compensation systems to prevent discrimination. It also agreed to provide a report on its efforts to promote diversity in the workplace.