Initial claims for state unemployment benefits fell to a seasonally adjusted 214,000 for the week ended Oct. 15, the Labor Department said on Thursday. Data for the prior week was revised to show 2,000 fewer applications filed than previously reported. Economists polled by Reuters had forecast 230,000 applications for the latest week. 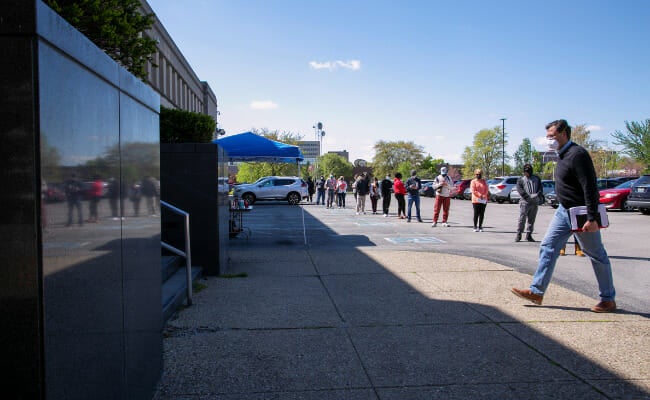 The labor market has been largely resilient, but some cracks emerge as the Federal Reserve ramps up its monetary policy tightening campaign. The U.S. central bank has hiked its policy rate from near-zero at the beginning of this year to the current range of 3.00% to 3.25%, and officials have signaled more large increases were on the way this year with inflation showing little sign yet of a substantial retreat.

The government reported earlier this month that job openings dropped by 1.1 million, the largest decline since April 2020, to 10.1 million on the last day of August. But economists do not expect widespread layoffs, saying companies were wary of releasing their workers after difficulties hiring in the past year as the COVID-19 pandemic forced some people out of the workforce, partly due to prolonged illness caused by the virus.

The claims report showed that the number of people receiving benefits after an initial week of aid, a proxy for hiring, increased from 21,000 to 1.385 million in the week ending October 8.

View comments
TAGS: US Jobs, US labor market, US unemployment