The headset, introduced at Meta’s annual Connect conference, will hit shelves on Oct. 25 for $1,500 and offer consumers a way to interact with virtual creations overlaid onto a full-color view of the physical world around them.

The launch is an important step for Zuckerberg, who last year announced plans for the device – then called Project Cambria – at the same time that he changed his company’s name from Facebook to Meta to signal his intention to refocus the social media giant into a company that operates a shared immersive computing experience known as the metaverse.

Zuckerberg has since poured billions of dollars into that vision. Reality Labs, the Meta unit responsible for bringing the metaverse to life, lost $10.2 billion in 2021 and nearly $6 billion this year. 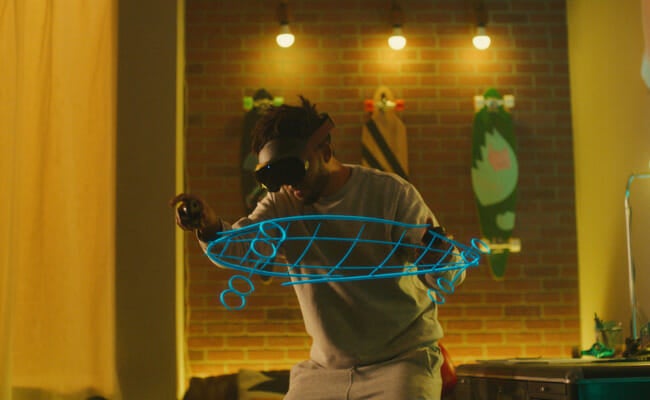 A man wearing a Meta Quest Pro interacts in mixed reality with a 3D virtual drawing of a skateboard, in this undated handout picture. Meta/Handout via REUTERS

In a speech at the event, Zuckerberg, recorded partially in video and partially as an avatar, said he expects the blending of the physical and digital worlds to give rise to new uses for computing.

Most strikingly, it has outward-facing cameras that capture a 3D live stream of the physical environment around a wearer, enabling mixed-reality novelties like the ability to hang a virtual painting on a real-world wall or have a virtual ball bounce off a real table. The Quest 2, by contrast, offers a more rudimentary grayscale version of this technology, called passthrough.

The Quest Pro feels lighter and slimmer than its predecessors, with thin pancake lenses and a relocated battery that sits at the back of the headset, distributing its weight more evenly while reducing overall bulk. 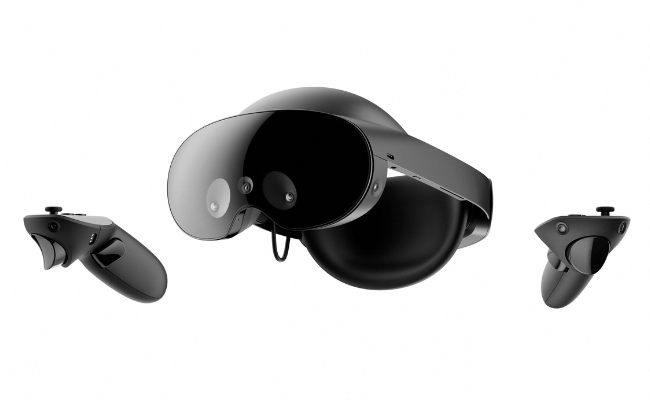 The Meta Quest Pro virtual and mixed reality headset, which according to the company features full-color passthrough technology and controllers that can convert into virtual pens for writing, is seen in this undated handout image. Meta/Handout via REUTERS

For fully immersive virtual reality, Meta has added tracking sensors to the Quest Pro that can replicate users’ eye movements and facial expressions, creating a sense that avatars are making eye contact.

Meta is pitching the Quest Pro as a productivity device aimed at designers, architects, and other creative professionals.

In addition to offering its own Horizon social and workspace platforms, the company has also made virtual versions of Microsoft Corp work products like Word, Outlook, and Teams available, a partnership Microsoft CEO Satya Nadella joined Zuckerberg to announce.

Matthew Ball, a venture capitalist whose writings about the metaverse have drawn Zuckerberg’s praise, said he considered such partnerships significant because they suggested the companies’ commitment to interoperability or the idea that different systems should connect with each other.

“There is a lot of skepticism in the market as to whether an interoperable and open metaverse is even possible, let alone likely,” he said, noting that Microsoft and Meta compete on several products in the extended reality space. 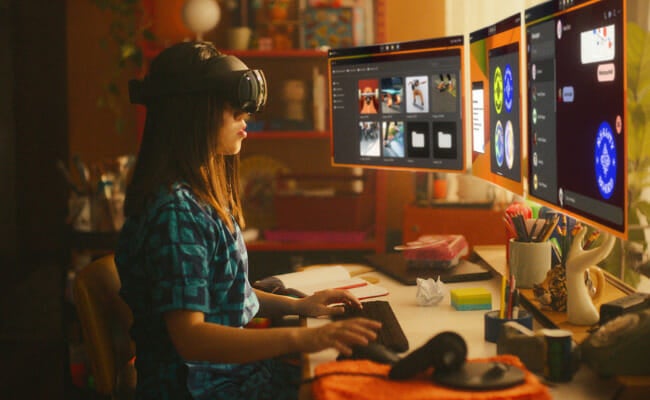 A woman sitting at a desk works on virtual screens using Meta’s Quest Pro device, which the company is pitching as a productivity tool, in this undated handout picture. Meta/Handout via REUTERS

At a preview of Quest Pro days before its launch, Meta gave reporters a glimpse of the type of user it had in mind for its productivity pitch by showcasing apps like Tribe XR, a virtual training environment for DJs.

Tribe XR is already available in virtual reality, but a demonstration showed how passthrough technology might enable DJs to use the app to play real-world gigs, as it means they can look past their virtual equipment at actual partygoers.

Meta plans to sell the Quest Pro in consumer channels to start while adding enterprise-level capabilities like mobile device management, authentication, and premium support services next year, executives said at the press event.

They said the device is intended to complement rather than replace the entry-level Quest 2, which sells for $399.99. 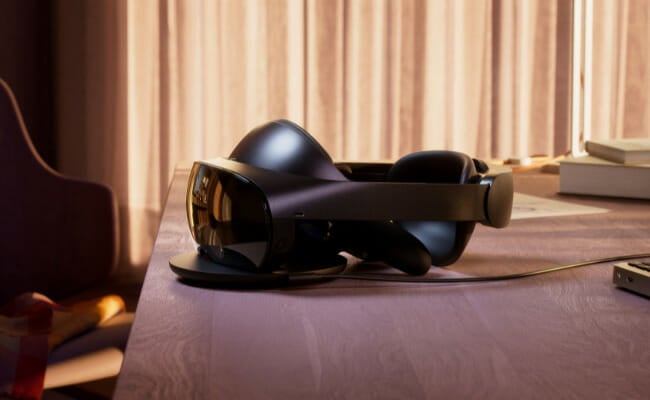 Meta’s Quest Pro virtual and mixed reality headset sits on a charging dock along with its two controllers, in this undated handout picture. Meta/Handout via REUTERS

For now, that means the Quest Pro stops short of enabling the complex commercial applications Meta has suggested it wants its metaverse technology to support.

The company is still working on a mixed reality experience for its Horizon Workrooms app that would make a person’s avatar appear to be present in a real-world conference room with other users, which it is calling Magic Rooms.

Zuckerberg said it is also planning to add legs to its avatars, which are currently displayed from the waist up.

Still, the Quest Pro’s price point puts it well under the cost of existing enterprise-focused devices like Microsoft’s Hololens 2, which was released for commercial use in 2019 and is already present in operating rooms and factory floors. An entry-level Hololens 2 sells for $3,500.