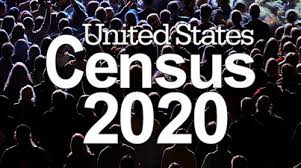 SAN FRANCISCO — The U.S. Department of Commerce’s decision to include a citizenship question to the 2020 census met vigorous opposition from Democrats and Asian American advocacy groups.

Democratic National Committee spokesperson Vedant Patel said, “This latest ploy by Donald Trump and his administration is an attempt to silence the voices of millions of immigrants, including Asian Americans and Pacific Islanders – who are the fastest-growing immigrant group in the United States.”

Patel added: “By including this question, the Commerce Department is paving the way for a highly flawed and inaccurate census count that could jeopardize AAPI communities’ representation in Congress and the allocation of critical resources that many AAPI families – citizens and non-citizens alike – rely on. Democrats will fight this decision tooth and nail to ensure the census remains a fair and neutral means to count all U.S. residents and not a tool for Donald Trump to push his divisive agenda.”

Meanwhile, Asian Americans Advancing Justice vowed to oppose the inclusion of the citizenship question. “The Constitution mandates that all people in the U.S. must be counted, not just citizens. Immigrants and citizens who have immigrants in their household will be reluctant to participate in a census that asks about citizenship. A question regarding citizenship on the decennial census has not been asked in the past 70 years, and no basis has been provided for adding it now,” the organization said in a press statement.